Taiwan-based manufacturer Asus is well-known for its PCs and, these days, its ROG Phones for gamers. But it's always had a stake in mobile tilted towards a wider audience, too. That stake gets a major update today with two new entries: the small and powerful Zenfone 8 and the highly-engineered Zenfone 8 Flip.

Asus is going big on the Zenfone 8 this year as an antidote to the competition's larger, more unwieldy smartphones while preserving the typical key selling points of performance and battery life. This meant putting in pipe cooling for the top-tier Snapdragon 888 chipset and a dense 4,000mAh battery while trying to stack PCBs in a clever way to keep height and width below 150 x 70mm. 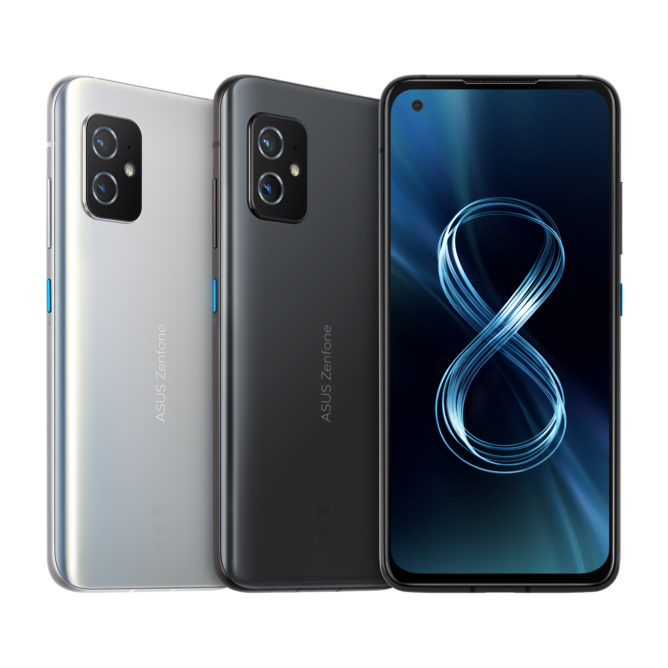 The phone sizes up between the downright petite Pixel 4a and the ever-so-slightly larger Pixel 4a 5G. It manages to pack in a 5.9" 120Hz AMOLED display from Samsung with an optical fingerprint sensor, 30W wired charging, dual Cirrus Logic amps powering stereo speakers, and, indeed, a headphone jack. Not enough room for a microSD slot or wireless charging, unfortunately, but with other priorities in place, them's the breaks. The power button doubles as a "smart key" with user-programmable shortcuts instead of the more typical triggers — namely, the camera app and the power menu.

The rear-facing cameras are the same from the Zenfone 7 Pro: a 64MP Sony IMX686 with OIS and a 12MP IMX363 which apparently can pull double-duty for ultra-wide and macro shots. The Zenfone 8 debuts the 12MP IMX663 selfie sensor with dual phase detect autofocus.

ZenUI 8 does little to Android's aesthetics besides opening up a few customizations, but has plenty of deep-down toggles for power and performance. It also brings Android 12's one-handed mode (even though the ZenFone 8 runs Android 11 out of the box) and new Pro camera modes for photos and video. Prior to the launch event, we were told by the company to expect at least two OS updates with security updates "to match," though frequency was not specified.

You may also notice that 5G band n41, T-Mobile's most prized piece of spectrum in terms of range and speed, isn't supported in the U.S. model. We asked the company about it and here's the response we received:

Band n41 requires extra bits of RF chips in order to support. For Zenfone 8, and the scale Asus operates with, we also co-share motherboards to certain extent between regions. The US Zenfone 8 supports quite a lot of bands already, some are as such complimentary due to the RF chip selection. Additional n41 support is a tradeoff from our side to ensure good basic coverage on n66, n71, and the european (sic) used bands as well.

Update: Asus has gotten back in touch with us to clarify that it's actually still determining whether to include band n41 for U.S. Zenfones. When we hear more, we'll post another update. 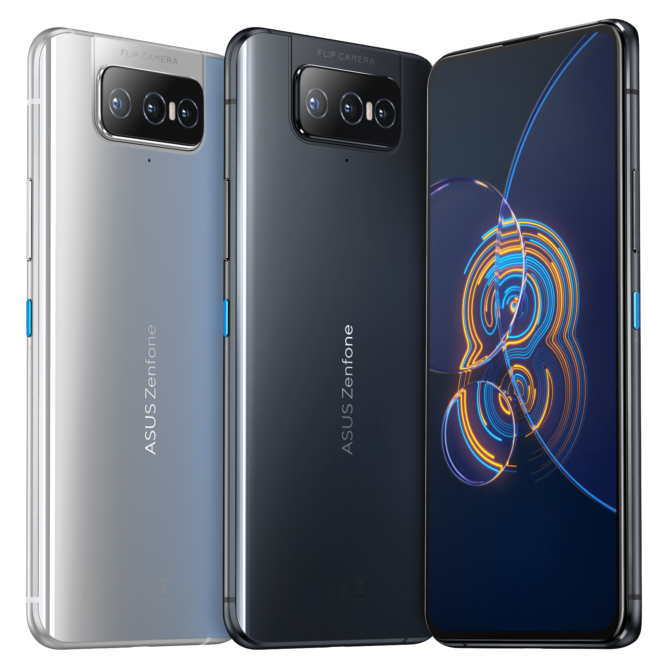 Meanwhile, Asus's running experiment with flip camera modules continues with the Zenfone 8 Flip. Admittedly, little has changed from its immediate predecessor, the Zenfone 7 Pro, from the display to the battery to the cameras themselves. The microSD card slot stays in place, so shutterbugs shouldn't worry about space.

The fingerprint sensor switches spots from the siderail to within the display. The new SoC and newer camera software are very much welcome and the cameras come in a re-engineered amorphous alloy housing for the flip mechanism, allowing for increased durability to last for 300,000 flips, a 50% improvement, and 0.5° microsteps for precise setting.

The Zenfone 8 Flip will be available in Europe soon for €799 — unchanged from the 7 Pro.