Google really knocked it out of the park on its most recent Chromecast. Adding an entire interface with remote support helped to push the gadget to the next level in the ever-competitive streaming scene. Of course, the addition of a UI also requires making the experience as accessible as possible. With Google's newest update to its streaming device, more streaming recommendations are now available in Spanish.

This update brings the Spanish experience up to par with the same menus and tabs seen in English — at least in the United States. While the options for "Spanish (Spain)" and "Spanish (Mexico)" remain unchanged, changing the language to "Spanish (United States)" delivers new tabs for recommended movies and TV shows, just like on the English interface. Google also highlights improved search results and recommendations while browsing in Spanish. 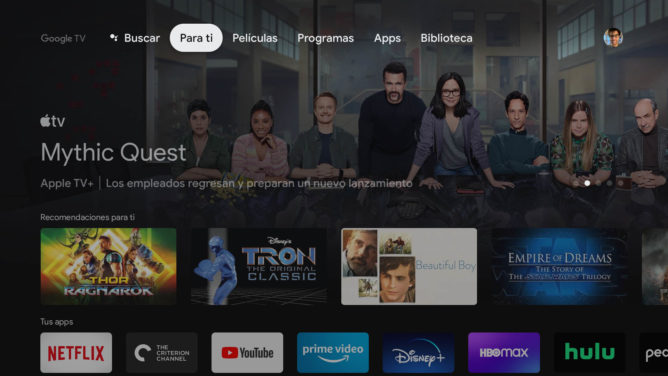 Google keeps its content suggestions limited to countries where the Chromecast is officially sold, which explains the difference in interfaces depending on your language variant. Switching to "Spanish (Mexico)" kept the main banner for recommendations (presumably because my Google account is based in the US, as reviewers based in Mexico did not have this display) but lost the new tabs along the top of the page.

Using your #Chromecast with Google TV in Spanish is now even better:

Just use the voice remote and say, “¿Qué puedes hacer?” to get started. pic.twitter.com/EUAQH9pakH

Even with these regional limitations, this should improve the experience for any Spanish-speaking user in the US. The update is coming to Chromecast devices today, though it could take some time for every device to receive these changes. To get started, just change your system language to "Spanish (United States)."