Last week, OnePlus introduced a new software initiative called OneLab, which is pretty similar to Google's Creative Lab — a startup-like division set up to create fun or interesting new apps and tools. The first of these experiments comes in the form of Clipt, a cross-platform clipboard sharing tool that makes it easy to transfer text, images, and files across your devices — even iOS support is planned.

OnePlus advertises Clipt as a solution for those of us who routinely copy data back and forth from our phone to our computer, with some people relying on cloud storage, email, or some other rather cumbersome method. Clipt is supposed to make it easy to transfer images, files, and text between your devices, though there's a severe limitation on Android.

Clipt suffers from the same problem that limits any other clipboard syncing service on Android 10 and newer. The update restricted access to the Android clipboard, which is why OnePlus can add text and images to your phone's clipboard, but can't read what you store in it. That means that if you want to copy text from your phone to your computer, you first have to paste it into Clipt. At least Clipt makes that easy with a permanent notification, though I probably would've preferred an even more elegant solution: A quick settings toggle. OnePlus tells us that it tested this solution back when the tool was in closed beta, but that that most people found a notification easier to use, so I might be in the minority here. Text copied to your computer's clipboard is instantly available on your phone, for what it's worth.

With that out of the way, OnePlus also promises that it doesn't actually store your data on its servers in the transfer process. Instead, you have to sign in with your Google account so that Clipt uses your Google Drive storage. In order to keep the footprint small, Clipt will only save the latest ten files or snippets you share, deleting older ones automatically. During setup, you have to go through some scary-sounding permissions surrounding your Drive storage, but OnePlus writes that "Clipt can only download the files it creates as it’s siloed" — no need to worry about your precious Drive files leaking all over the internet.

If you're someone like me who doesn't need their clipboard content from their computer to be copied at all times, you'll be delighted to know that you can turn off that specific feature via the Chrome extension settings. Just toggle off the "Sync to cloud" option in settings. The naming is a bit misleading since you could think that you completely disable the extension that way, but it really only turns off clipboard cloud syncing, not the image and file sending features. Even if you want to sync your clipboard at all times, this is an option to keep in mind whenever you copy and paste sensitive text that you don't need on your phone at that moment, like passwords and 2FA codes. 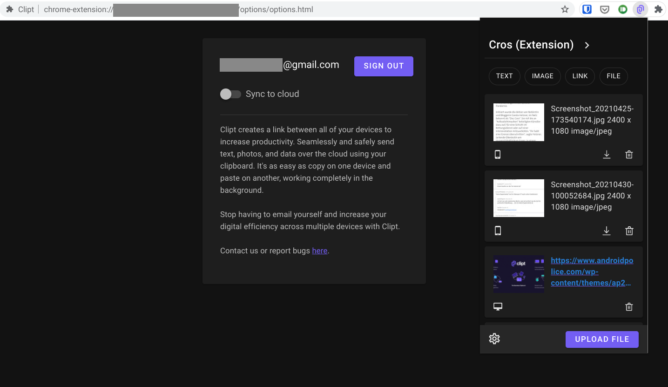 I have a few smaller complaints, though. It's a bummer that I can only send one image or file at a time from my phone. When writing articles, I routinely use Pushbullet to send over multiple screenshots to my computer at once, and it doesn't look like Clipt is able to do that just yet — I tried to do it both via the app itself and the Android share menu to no avail. However, OneLab's Sam Twist confirmed to us that this is at the "top of the roadmap right now," and it's already possible to send multiple files from Chrome to your phone.

Last but not least, you have to sign in with the Google account you're using for Chrome when you install the browser extension. That might not be a problem for you, but it's something a few people with computers or phones provided by work will have to keep in mind. Fortunately, the company said that if the product turns out to be a success, it could go for a standalone solution that doesn't rely on Google at all.

Given that the app is brand-new, I'm pretty hopeful that many of these shortcomings can be addressed, safe for the clipboard access problems baked into Android itself. And it's entirely possible that the problems I see don't bother you at all, so it might already be a great app for you — if you don't already use one of many other competing products that have been on the market for much longer.

To get started yourself, download the Clipt app from the Play Store or get it over at APK Mirror, and then install the Chrome extension on your computer. An iOS app is coming "soon," too.

Updated with feedback from OneLab's Sam Twist down in the comment section.

A previous version of this article stated that it wasn't possible to turn off clipboard syncing, which is in fact an option. We updated the text accordingly. 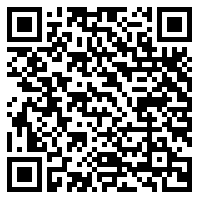