It's no secret that Chromebook sales have been soaring as much of the world still reels from the pandemic. Google's PC platform has proven to be dependable at a budget price — a winning formula for adoption in education. That story hasn't changed in 2021, as Chromebook sales continue to shatter shipment volume records.

Analytical research conducted by marketing firm Canalys shows remarkable growth in Chromebook sales for the third quarter in a row. It was the best performing PC product in Q1 2021, with an impressive 11.979 million devices shipped — a 275% increase from Q1 last year. Canalys adds that "Chromebook vendors have seen their businesses go from strength to strength, posting record first-quarter shipment numbers." 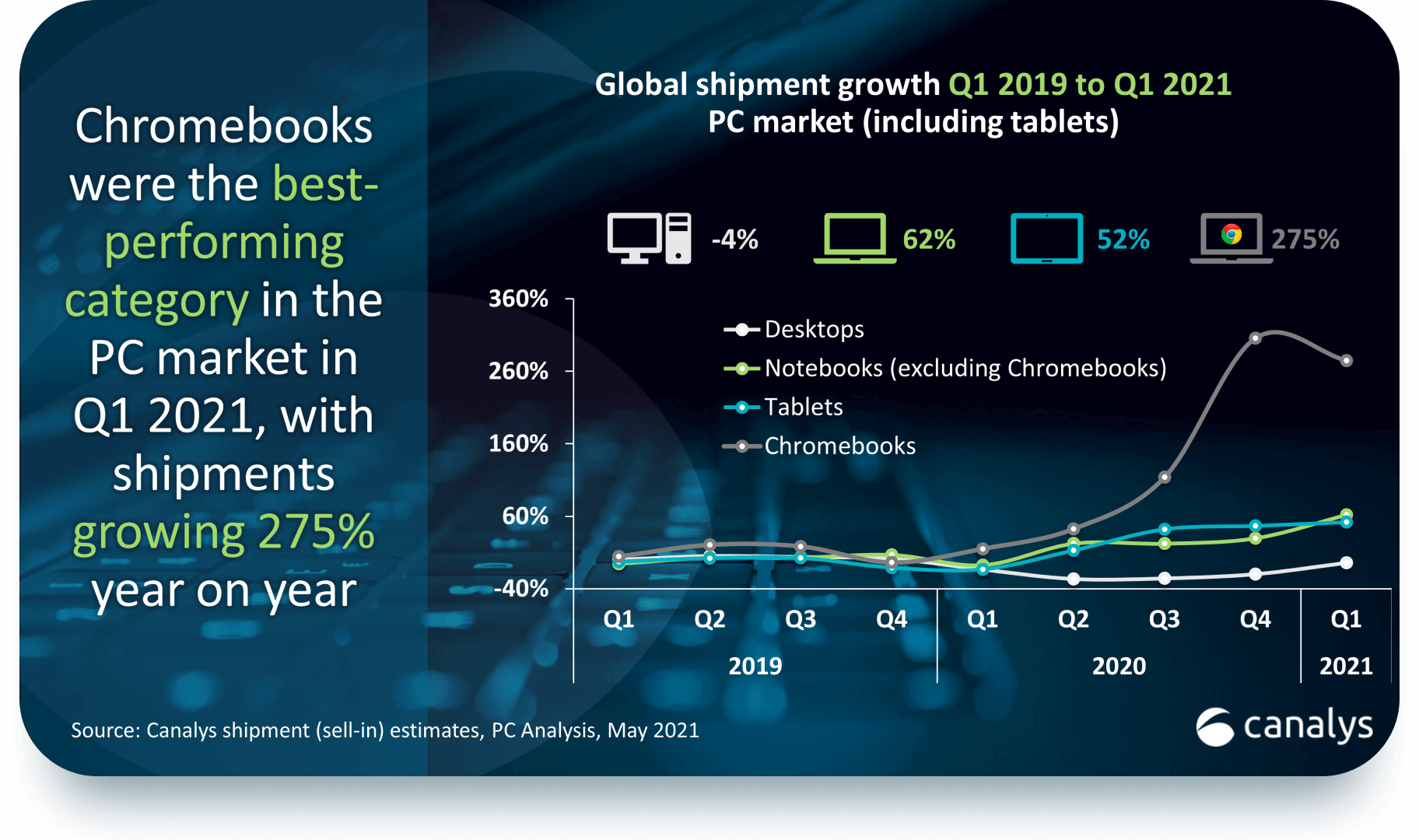 As in the last quarter of 2020, HP dominates the Chromebook market, selling over 4.3 million devices — that's 36.4% market share and a solid 633.6% annual growth. Lenovo takes second place with 3.1 million devices sold — a solid 308.8% increase from last year. Samsung made impressive traction this year, moving from 1.6% to a decent 10% market share. Dell and Acer fill out the top five, but in a surprising turn of events, Samsung overtook them both this quarter. Compared to last year, Samsung grew an insane 2,233%, selling over 1.2 million Chromebooks. Other vendors also recorded vigorous growth and record shipment volumes. 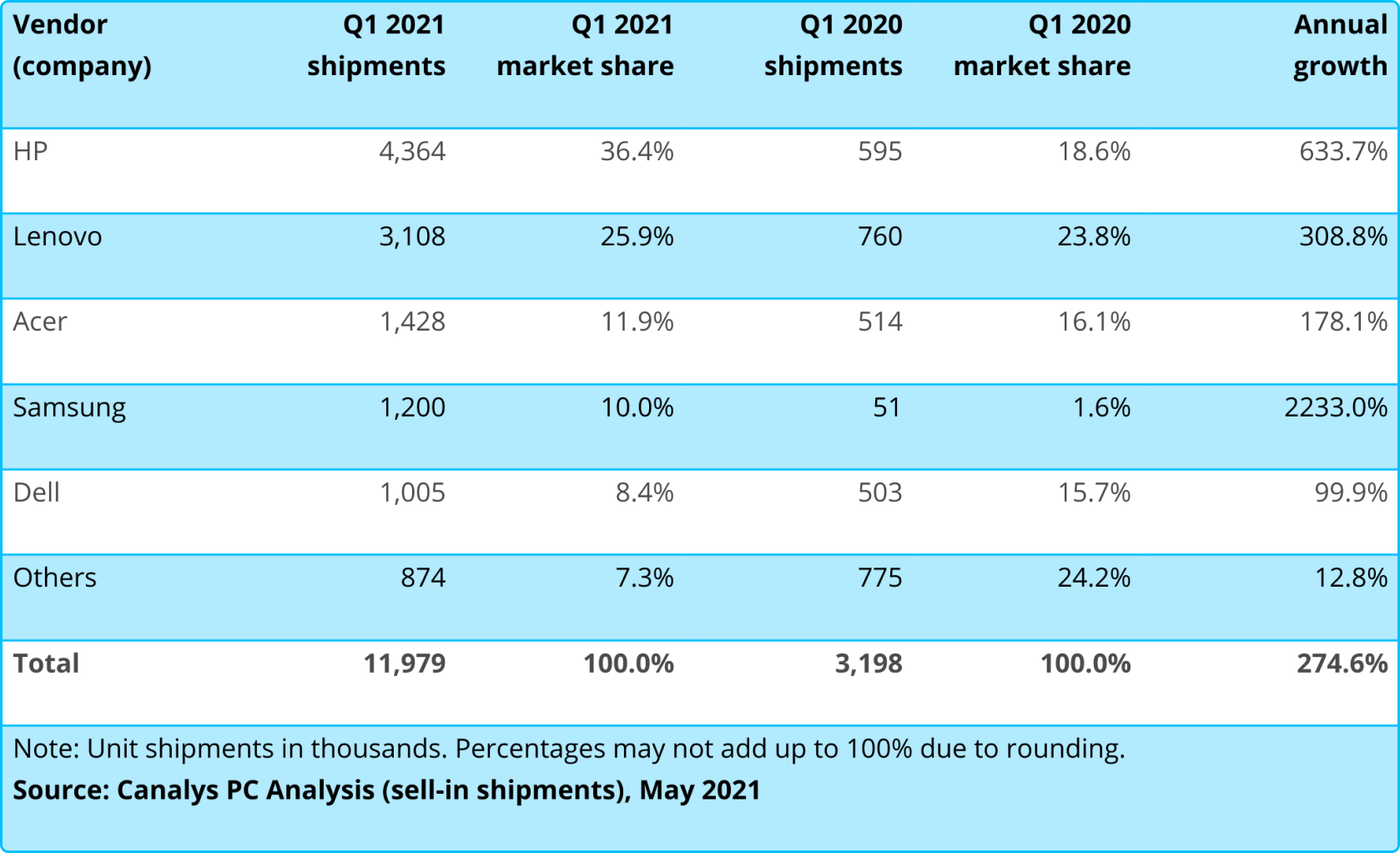 It's worth mentioning that a separate research firm, IDC, reports 13 million Chromebooks shipped this quarter — 357% year-on-year growth. While there's a minor discrepancy between the two data sets, it doesn't change the situation much. But assuming IDC is closer to the mark, it could mean that Chromebooks outsold Apple's iPad. Chromebook OEMs have done a superb job ramping up production in Q1 — notorious for being the worst time of the year.

“Chromebooks are well and truly a mainstream computing product now. While the education sector still accounts for the majority of shipments, their popularity with consumers and traditional commercial customers has reached new heights over the course of the last year. HP and Lenovo dominate the Chromebook market, but the boom has been a case of a rising tide lifting all boats, allowing vendors such as Acer and Samsung to carve out substantial shares within the PC market by catering specifically to Chromebook demand. Google is now in a strong position to work with its OEM partners and the channel to cement a rosy future for Chromebooks. A substantial messaging and evangelization push coupled with the targeting of growth trends, such as flexible work arrangements and budget-conscious SMBs, will be vital to ensure the longevity of Chromebooks’ success.”

With Chromebooks flying off the shelves, there's no doubt that Google's platform is becoming popular with the mainstream. The work-from-home trend may decline thanks to vaccines, but the demand for a reliable, affordable PC surges on. I can only see more people moving to Chromebooks for their daily needs, which is great news for Google.