Use Box as one of your cloud storage services? You know, because none of us can get by with just one. Well, it's gotten a small, but notable makeover it needed long ago with a new dark theme.

We can't overstate how long it has taken for Box developers to implement it: the idea was proposed by someone on its Pulse community forums about 2 years ago and was flagged by a moderator in May last year as a feature that wasn't in planning. Complaints have piled on all throughout.

Well, it's finally here. Dark theme was teased earlier this month and is now available, in fact, for users on both Android 10 and iOS 13 (or later). Don't go telling people Android Police doesn't cover Apple stuff. The app solely relies on your system theme settings, so you won't be able to toggle anything within Box's settings to keep things dark if you desire it.

Grab the update from the Play Store or our sister site, APK Mirror, and enjoy the reduced eye strain and being in 2018 when everyone else got their butts in gear to make a dark theme. 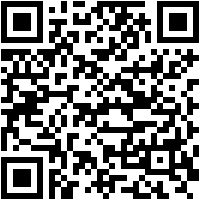