Amazon's Alexa has been put into basically every product imaginable from smoke detectors to toilets. The goal, apparently, is to get Alexa into as many places as possible, so putting Alexa in glasses seemed like the next logical step. Amazon Echo Frames bring Alexa even closer and make it easier to access by putting it right on your face. While the Amazon Echo Frames are cool, they lack the audio quality I'd expect from $250 earbuds, and easy access to Alexa doesn't make up for that. 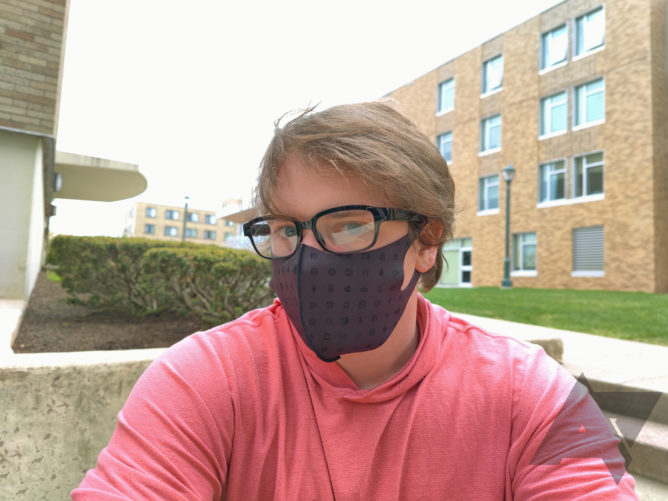 The Amazon Echo Frames have a very classic design—people might not even realize you're wearing smart glasses. They come in one size and style with three different colors, Classic Black, Horizon Blue, and Modern Tortoise. Amazon sent me the Classic Black model, which looks very nice and really does blend in.

The Echo Frames have two buttons on the underside of the right temple, the volume rocker and action button. The action button is used to turn the glasses on and off, along with controlling customizable shortcuts. You can double press it to shut off the microphones on the glasses as a privacy feature. Along the right temple is a touchpad that can be used to trigger Alexa to read you notifications, access Google Assistant, and more. 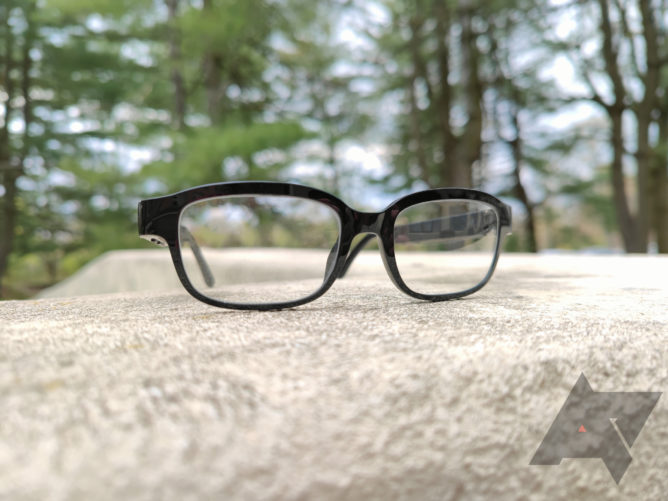 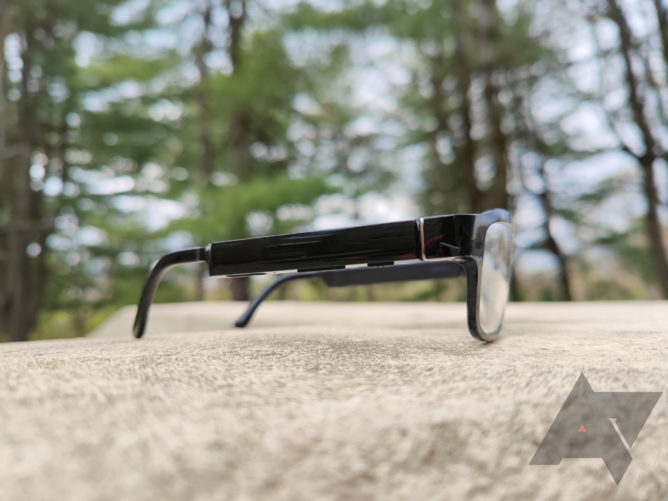 Echo Frames are made of plastic, carbon fiber, and titanium. What does that mean? I'm not sure, but they seem durable and are pretty light. While I don't normally wear glasses, I find these to be incredibly comfortable. The included clear plastic lenses do cause my eyes to hurt after prolonged usage, but with prescription lenses, this shouldn't happen. Amazon also doesn't include any extra lenses like sunglasses or blue light lenses in the box, unlike Razer Anzu smart glasses which have both included.

In the Echo Frames box, you get a carrying case, charger, power brick, and the glasses themselves. The case is used just to house the glasses. Unfortunately, it's not easy to fit the glasses, charging brick, and cable into the case. It could become a bit of a mess to travel with, when that starts to become relevant again. 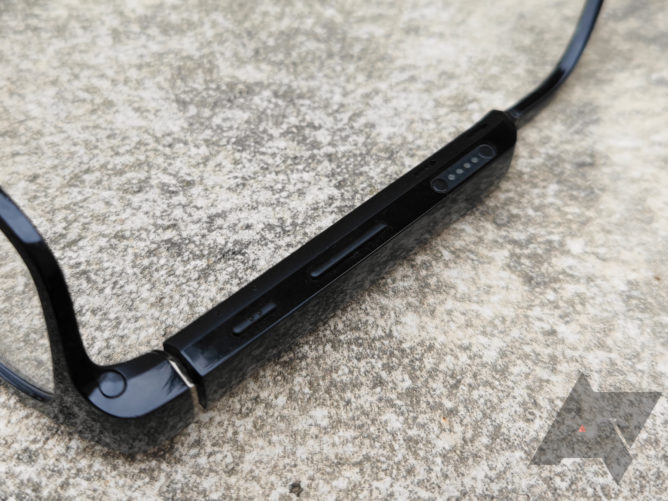 My biggest issue with the Echo Frames is the sound quality is just not good. Everything sounds flat and, frankly, cheap. I would expect to get this sort of sound from a pair of $30 Bluetooth earbuds, not a $250 wearable. It sounds too tinny and not like something I want to listen to for longer than it takes to interact with Alexa. Music is out, as far as I'm concerned.

For talking to Alexa and taking calls, the audio quality is fine. You won't notice the unimpressive sound in these situations. As for the microphone quality, it's good enough for phone and video calls, but not much else.

Since these are Amazon Echo Frames, they do support hands-free access to Amazon Alexa. You can just say "Alexa" and ask any question you would to any other Amazon Echo device. I'm not a huge fan of Alexa and did have a few problems getting it to connect to my smart lights. Echo Frames support Apple's Siri and Google Assistant via paired devices, but there is no hands-free access to those. 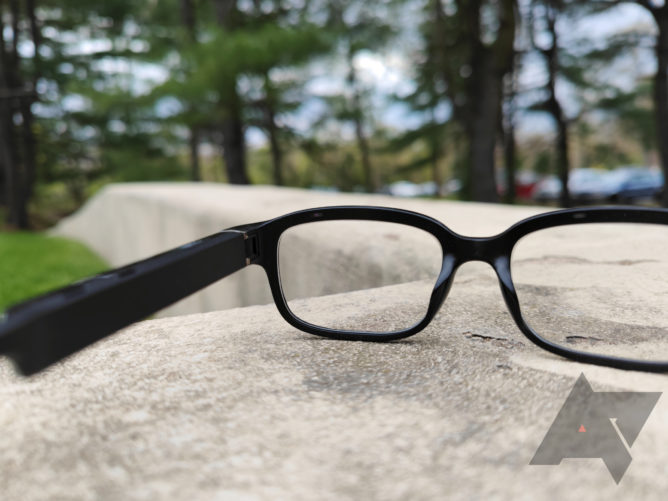 Because the Echo Frames connect to your phone, Alexa can read notifications to you. You can choose to hear notifications from all apps or only specific ones of your choice. If you don't want that to happen automatically, you can only have the Frames read notifications when you swipe along the capacitive touch strip on the right temple.

Battery life on the Echo Frames is decent but not as good as I was hoping. I was able to get around 4 hours of constant media playback and it lasted about 10 or so hours with just spontaneous questions and a few short phone calls. I would have liked to see them get through a full day without running dry, but it doesn't seem like that's possible in this form factor right now.

Probably not. These glasses are ideal for people who wear glasses and are deep into the Amazon Alexa ecosystem. Having access to Alexa any time you need is theoretically useful, but having to worry about turning them on and off, charging them, and then having your phone on you is too much. A smartwatch with Alexa is more practical.

They also don't sound good enough to justify the $250 asking price. $250 is also a lot of money for glasses frames if you're not sold on all the smart features. Warby Parker, a huge name in the glasses game, has similar styled glasses for just $95. Amazon is asking a lot for something that probably won't be used after the first week or two of use.

If you really want a pair of smart glasses and aren't in the Amazon Alexa ecosystem, there are the Bose Frames or Razer Anzu Smart Glasses. The Razer glasses have replaceable lenses and come with both blue light filters and sunglass lenses, whereas the Bose Frames are just sunglasses. The Razer Anzu glasses are $50 less and have more style options. I'd recommend either of these over the Echo Frames.

12 new (and 1 WTF) Android games from the last week: The best, worst, and everything in between ...