Google knows that third-party cookies tracking users around the web are on the way out, as even the company itself is planning on phasing out support for them in its own Chrome browser. But the online ad business is only as lucrative as it is due to extensive tracking practices, so Google is looking for an alternative to cookies. Enter FLoC, or Federated Learning of Cohorts. The technology is supposed to make tracking less privacy-invasive by assigning people to random groups with similar interests, instead of following every individual around. But many other companies think that FLoC will still be pretty invasive, and now, even some European regulators are chiming in, voicing their concerns.

If you're not familiar, FLoC is supposed to be built into your browser itself and is meant to locally identify a broad spectrum of behaviors and interests, loping together a few thousand users into certain interest groups. Only the relevant targeting data for the whole group, or cohort, should then be sent to advertisers, which should technically prevent them from following individuals around the web. 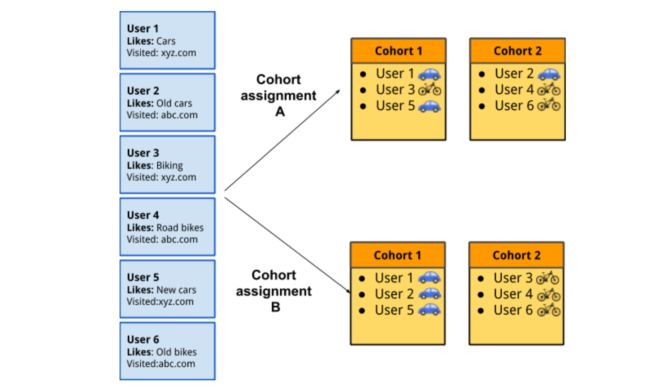 Wired talked to privacy advocates and regulators in Germany, France, and Belgium, all scrutinizing Google's idea. The Hamburg data protection commissioner Johannes Caspar is skeptical how well FLoC would work with the European GDPR rules, fearing that "implementing users into the FLoCs could be seen as an act of processing personal data. And this requires freely given consent and clear and transparent information about these operations." These fears might be the reason why Google isn't testing FLoC in Europe right now — its current random group of testers might not even know that they're part of the FLoC experiment, as Google just randomly opts in users with third-party cookies enabled.

Similarly, the French National Commission on Informatics and Liberty is "particularly attentive" to FLoC, as the tech might require access to information already stored on phones. Technology that works in such a fashion would need "specific, informed and unambiguous consent." Other nations are similarly wary. Belgian regulators are carefully working on getting familiar with the Google proposal, and the UK has been investigating FLoC since January.

With what feels like the whole internet fighting against FLoC, I wouldn't be surprised if Google was forced to backtrack. The company wanted to open up the development process from the get-go and is ready to listen to feedback, but if nobody is willing to agree with Google's fundamental principles, the advertising giant might have to bury the idea or, worse, create a fragmented internet in the process of pushing a vital browser technology rejected by everyone else.

TicWatch 3 Pro LTE is getting a double-stuffed update