Robot vacuums have been exploding in popularity over the last few years, and there are plenty of inexpensive units that get the job done. For some, a better vacuum that saves more time is worth a premium price, and Roborock is happy to offer very expensive vacuums like the new Roborock S7 to those folks. The Roborock S7 has all the bells and whistles you could ever want in a robot vacuum, like mopping, zone cleaning, and smart assistant integration. It nails the basics, has plenty of smarts, and rolls right over the competition with its innovative sonic mop… but it costs $650. The S7 is an excellent vacuum — if you can afford it and really hate doing chores. 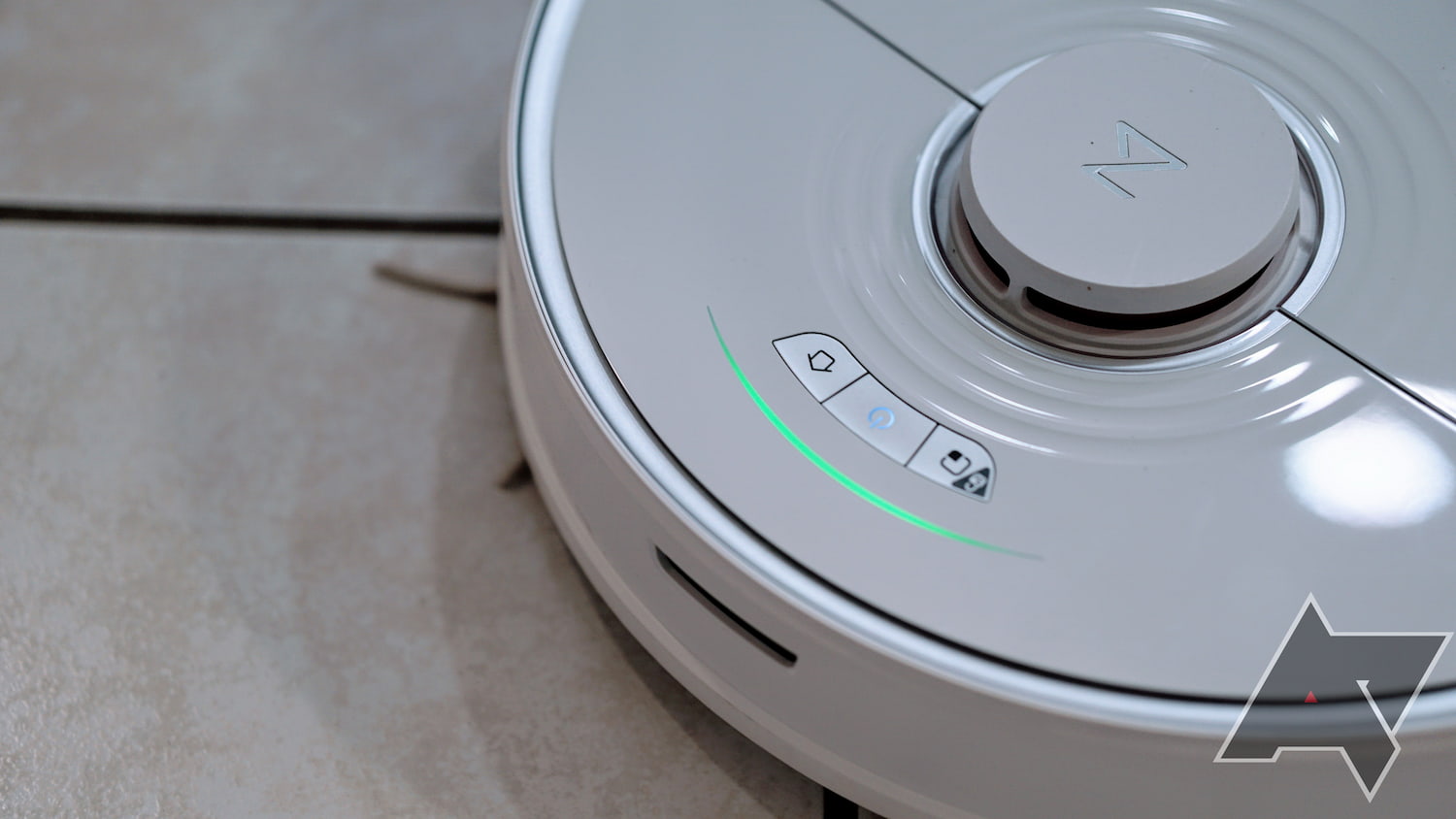 Call it the Star Trek of robot vacuums: the Roborock S7 looks like it belongs in a spaceship. Its large puck-shaped body sports a glossy finish and a flashy LED strip next to the physical buttons. The white S7 screams futuristic when paired with its vibrant red accent color, but you can buy it in plain black, too. 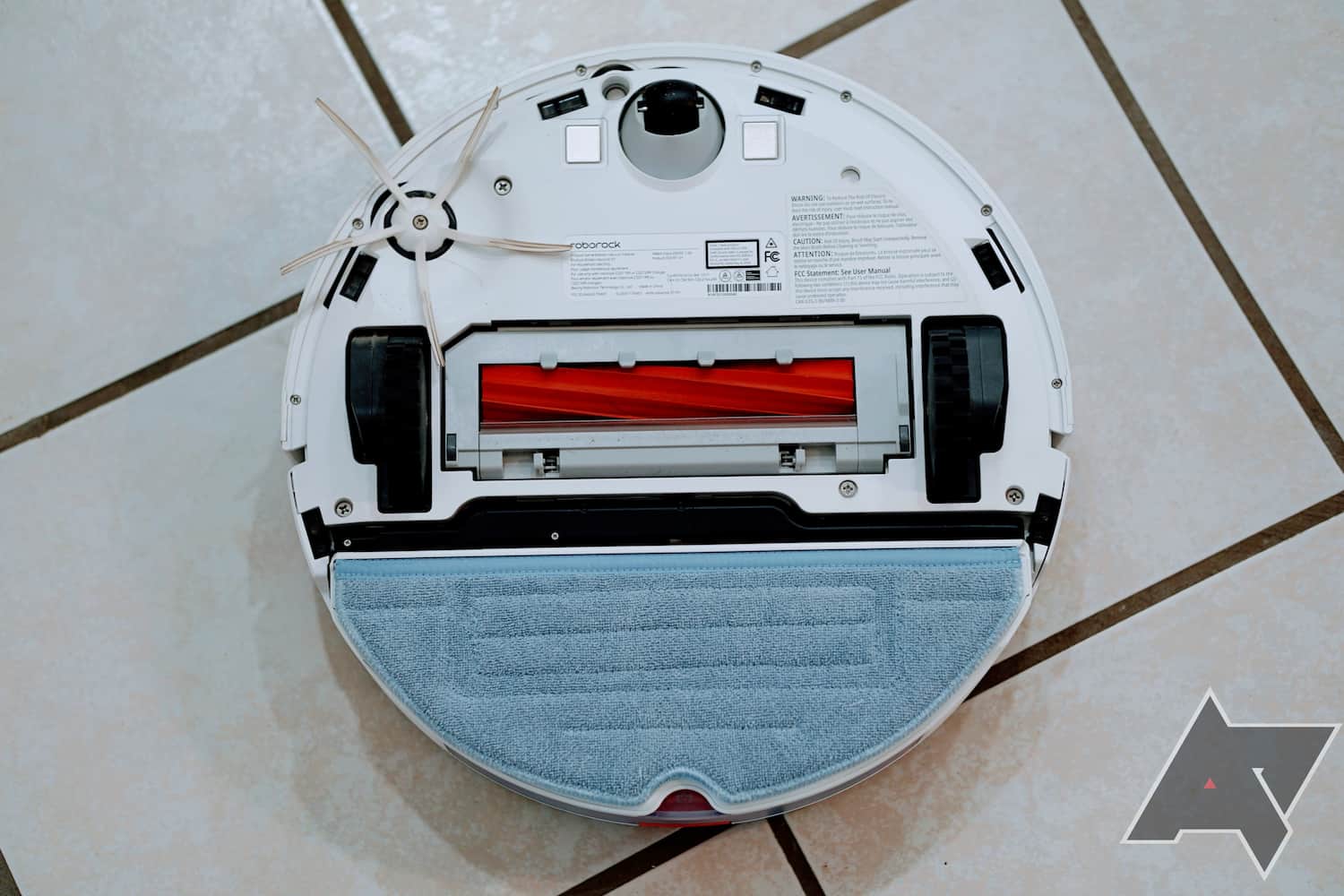 Roborock loaded the S7 with premium hardware features. For instance, it uses a LIDAR sensor on top that helps it detect walls and navigate in your house. There's also an ultrasonic sensor left of the front wheel that helps it determine if it's on carpet or hard flooring. The side brush and main roller ditch the bristles, opting for a finned silicone design. The highlight part of the hardware is the mop pad and its VibraRise bracket, but more on that later. Like cheaper robots such as the Deebot N79S, it has sensors across its bottom edges that keep it from falling off a ledge. 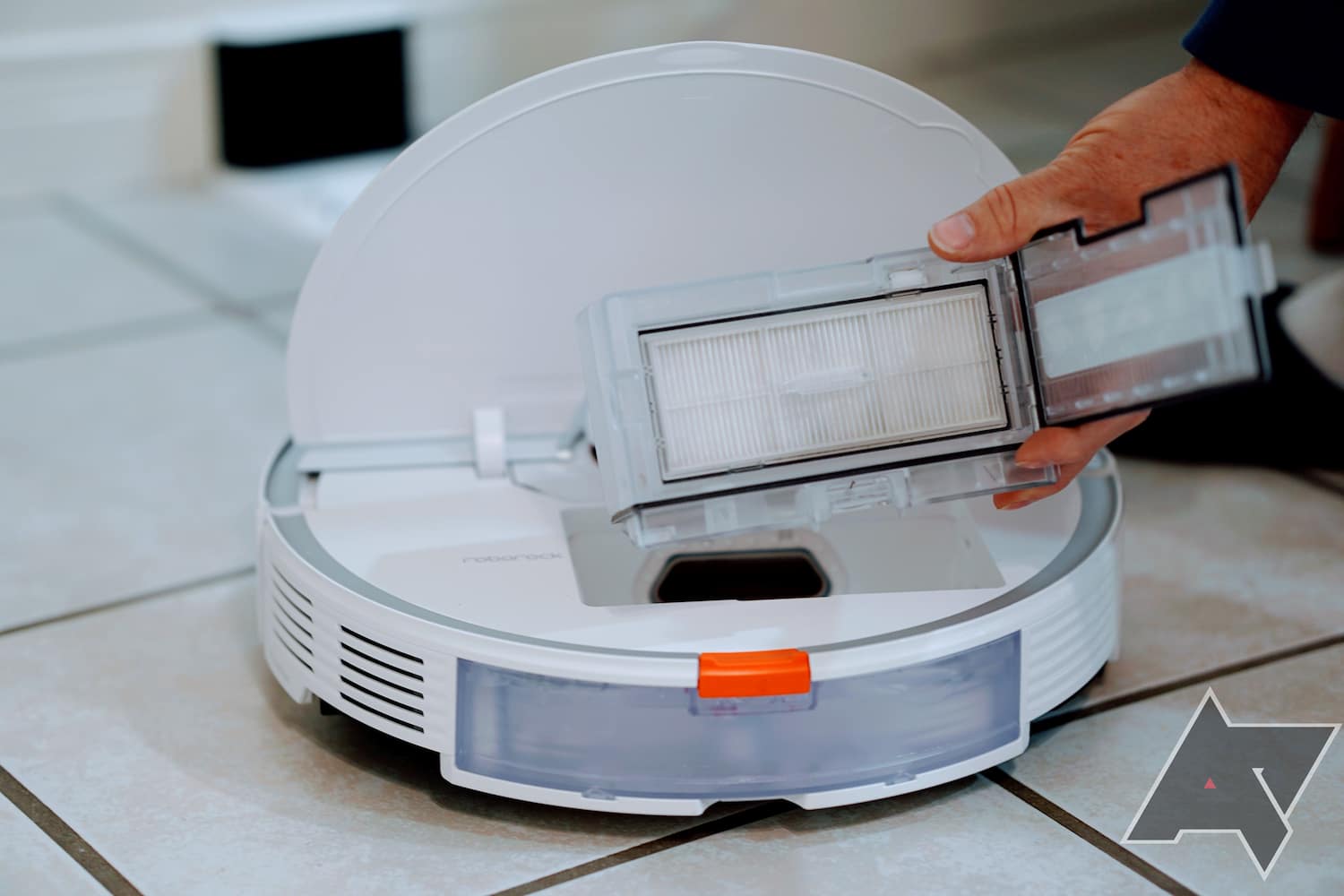 There's a lid you can lift on the backside of the vacuum, revealing the large 470mL dustbin and a washable air filter. While the bin is smaller than the S6 MaxV's 480mL, it is compatible with the upcoming auto-empty dock. The bin doesn't leak dust when you empty it after a full cycle, and it snaps in securely into the S7's compartment. The water tank is accessible from behind the robot and is roughly 300mL — enough to clean up to 2,150 square feet.

The S7 ships with a charging station, a side brush, dustbin, and the expected manuals and warranty card. Unfortunately, there are no accessories or spare brushes inside the box.

Setting up the S7 vacuum with the official Roborock app is a mostly painless experience. It detects the robot quickly, requiring little effort to follow the onboarding setup. While the setup experience today is a vast improvement, it still suffers from minor hiccups. It's baffling that Roborock doesn't save the map layout by default — it generates a new map every clean cycle. While still in beta, I recommend turning on the map saving feature before running the vacuum for the first time.

A common trait for autonomous robot vacuums is their unpredictable first-run cycle — the Roborock S7 is no exception. It took unusual paths seemingly at random, getting stuck in a few tight spaces. Compared to the Wyze vacuum, the S7's mapping algorithm could use work. Still, the map it created was precise, and it aced cleaning the house in subsequent runs.

Once the robot builds a map of the house, you can edit rooms, add no-go and no-mop zones, separate or merge spaces, and clean a specific room within the app. It did a good job separating the rooms and hallways, requiring only minor manual tweaks on my end. The settings page offers more granular options like cleaning history, consumable component health, remote control, scheduled timers, and a lot more. I wish the Roborock app had a rotation button to reorient the map, and dark theme support would be nice, but it’s a clean, easy-to-use app.

Setting the S7 up to work with Google Assistant is as easy as linking your Roborock account from the Google Home app. There is a wide range of voice commands you can do, and they all work correctly. A notable improvement since our Roborock S6 review is the ability to clean a specific room by voice, which is a huge timesaver for me — no more fumbling with my phone when I just want to tidy up one room. Roborock also supports Amazon Alexa and Apple's Siri, but you can't use them to send the S7 back to its charger. 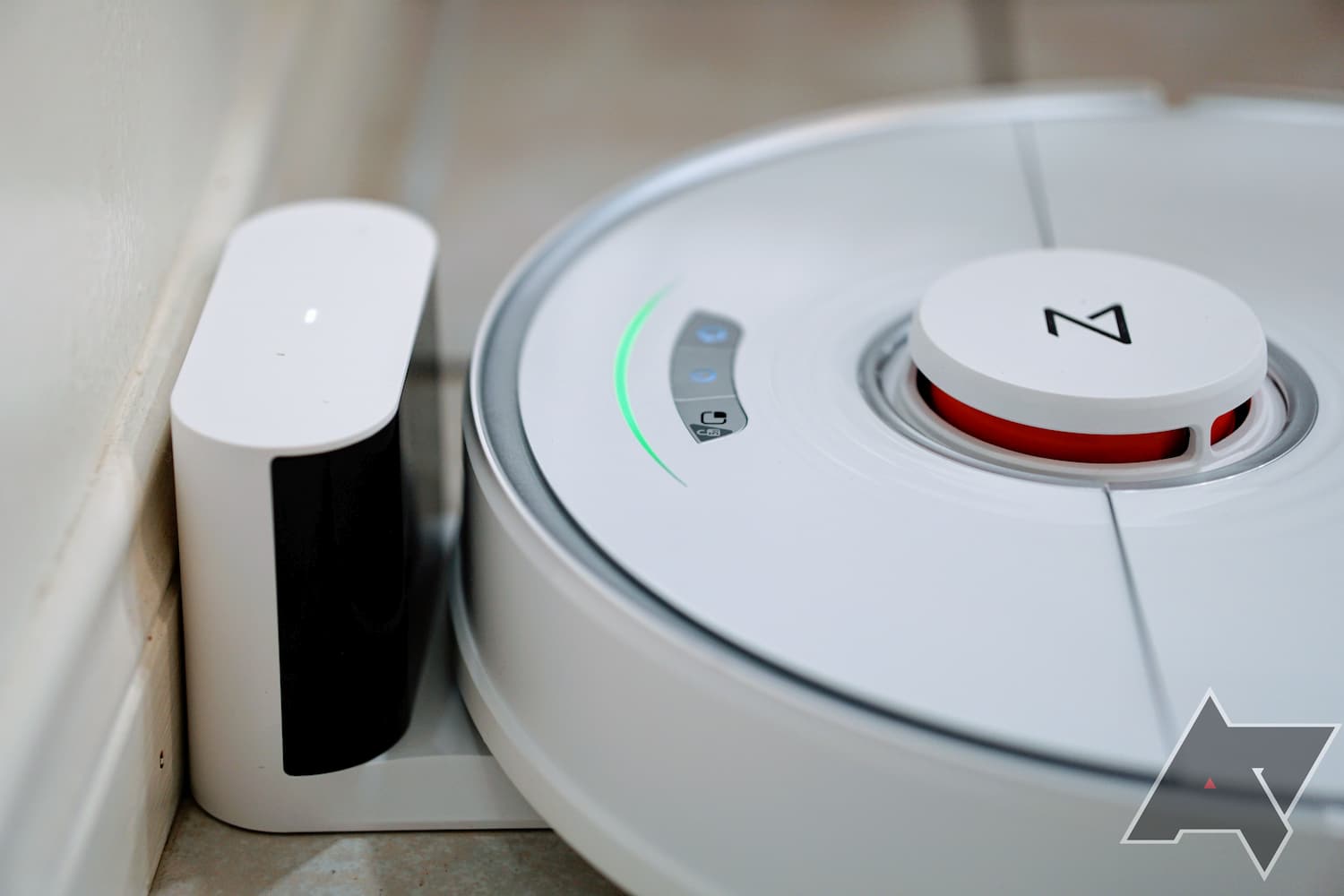 The S7's 5200mAh battery is ample enough to clean my carpet-heavy 890 square-foot house, finishing in one pass with 26% battery left. By default, Roborock turns on Carpet Boost, which means the vacuum is running at full strength almost all the time. Disabling the feature yielded marginally better battery life, averaging 40% per cleaning cycle. Despite this, my S7 doesn't get close to the advertised 3-hour battery life. I wish Roborock lowered the default range restriction to 15% instead of 20% to eke out extra cleaning, and the six hours of charging could definitely be faster. 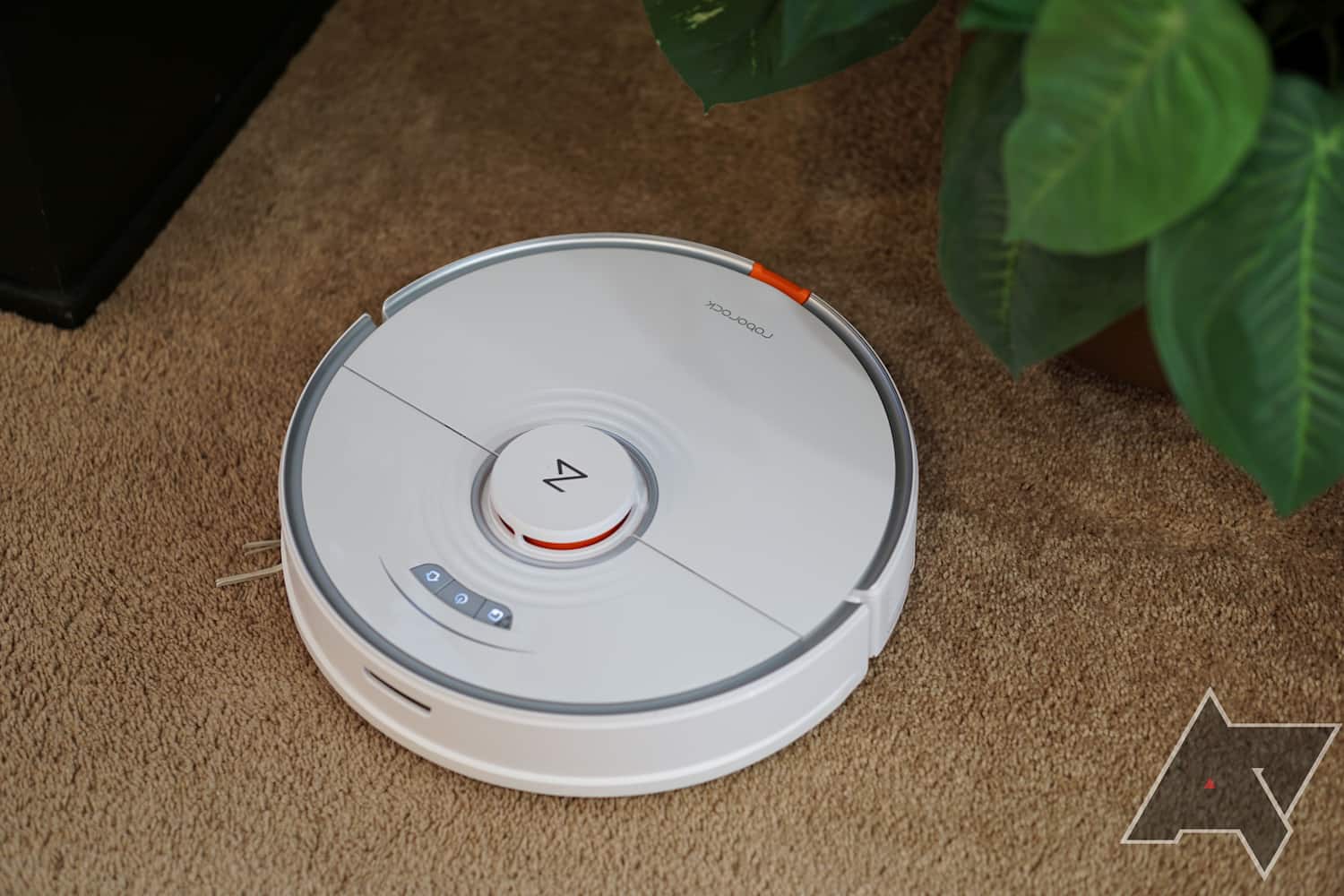 Once the Roborock S7 builds its map, it does a superb job cleaning my floors. It follows a predictable pattern, starting from where it's docked in the kitchen, then going to other rooms in an efficient order. Thanks to its powerful 2,500 Pa motor, it sucked up a considerable amount of debris, and despite lacking a camera array like the S6 MaxV, its navigation performed perfectly. The S7 operates at around 68 decibels in its "balanced" cleaning mode. While it doesn't roar like a traditional vacuum cleaner, it isn't silent, either. There’s a less powerful “quiet” mode if the defaults are too noisy for you. 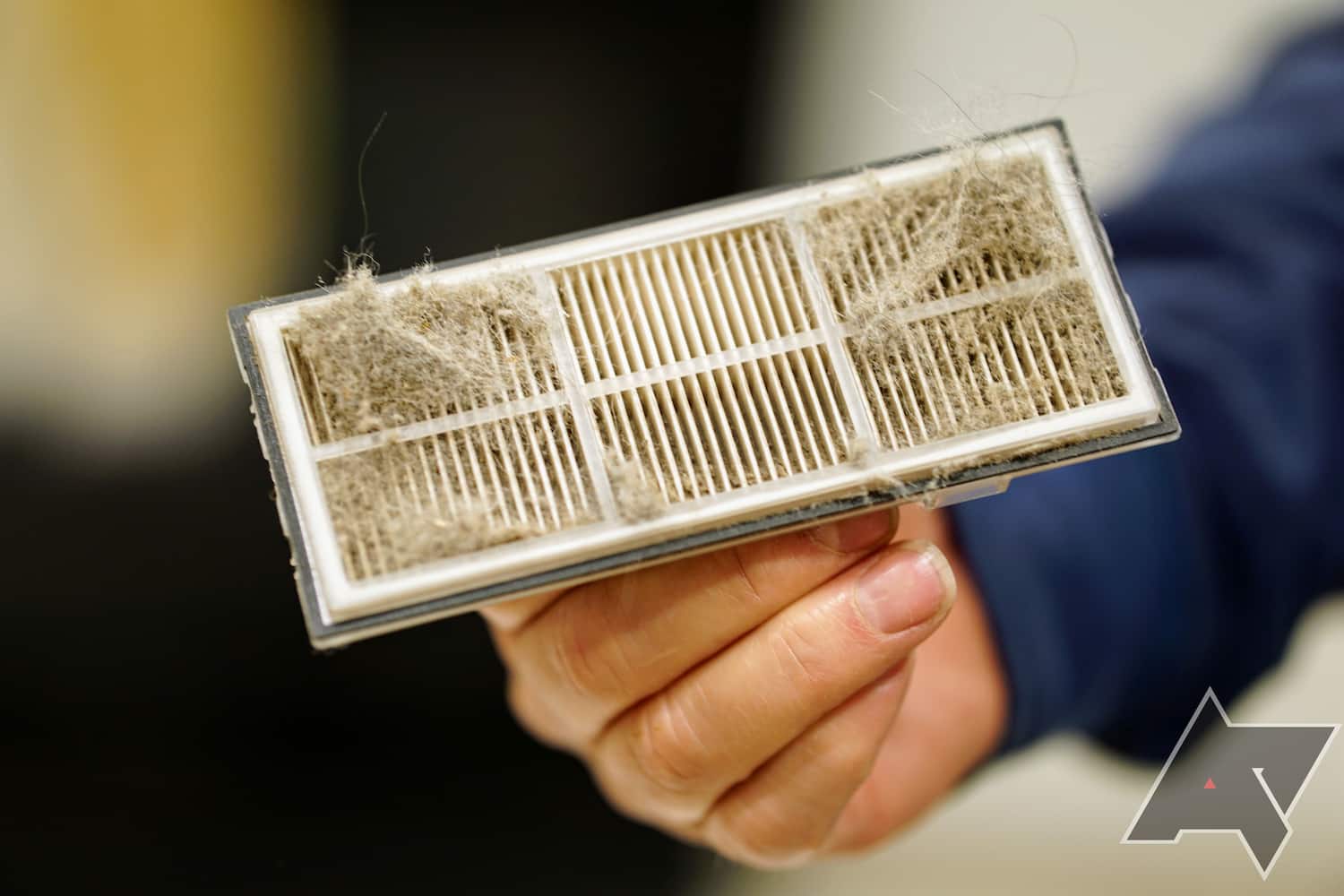 Roborock redesigned the main brush on the S7 — a finned rubber brush without bristles. The company says the new brush is more durable, agitates dirt better, and wards off hair tangles. In my tests, the roller swept the coffee grinds, bird seeds, and dirt into the S7's dustbin without trouble. But on carpet, it struggled to scoop up dog fur, which my Wyze vacuum's bristle brush had no trouble with. Despite this, not much got stuck or tangled onto the roller, saving me from the headache of removing it. 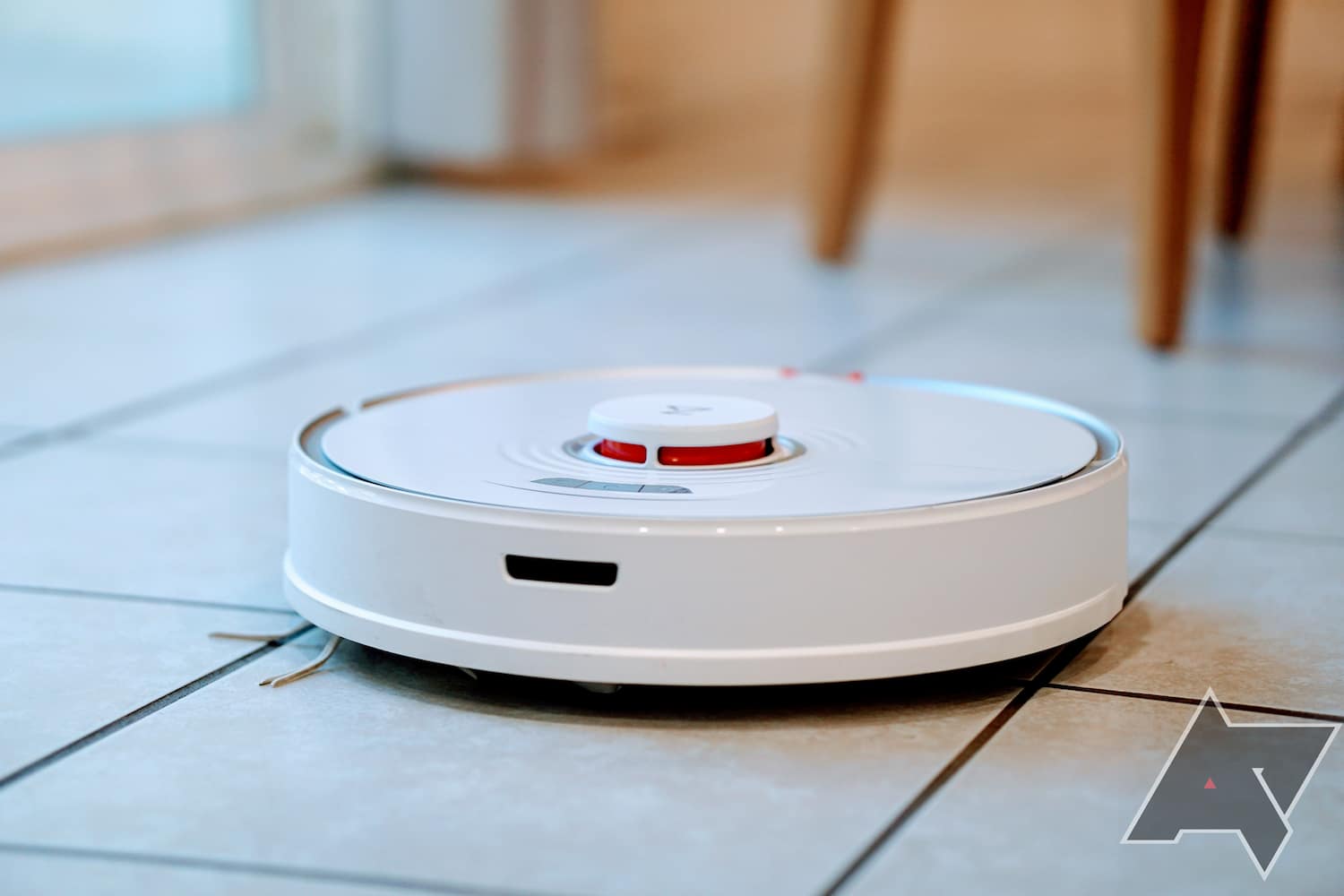 The signature feature of the Roborock S7 is its sonic mop, and it's a significant step-up from the S6 MaxV. Using the same concept as an electric toothbrush, it vibrates the mop bracket up to 3,000 times per minute, following a tight Z pattern. At its highest setting, it did a terrific job wiping dried coffee stains and grease off my kitchen floor. It won't defeat stubborn stains like a hand mop, but it'll usually leave your floors sparkling without the manual effort.

The vacuum and mop combo saves me more time than running the two functions separately. If I had to nitpick, I don't like that the vacuum keeps its mop down when cleaning the edges of my hallway's tuck-in carpet. The mop attachment also got caught on my area rug's edges a few times. 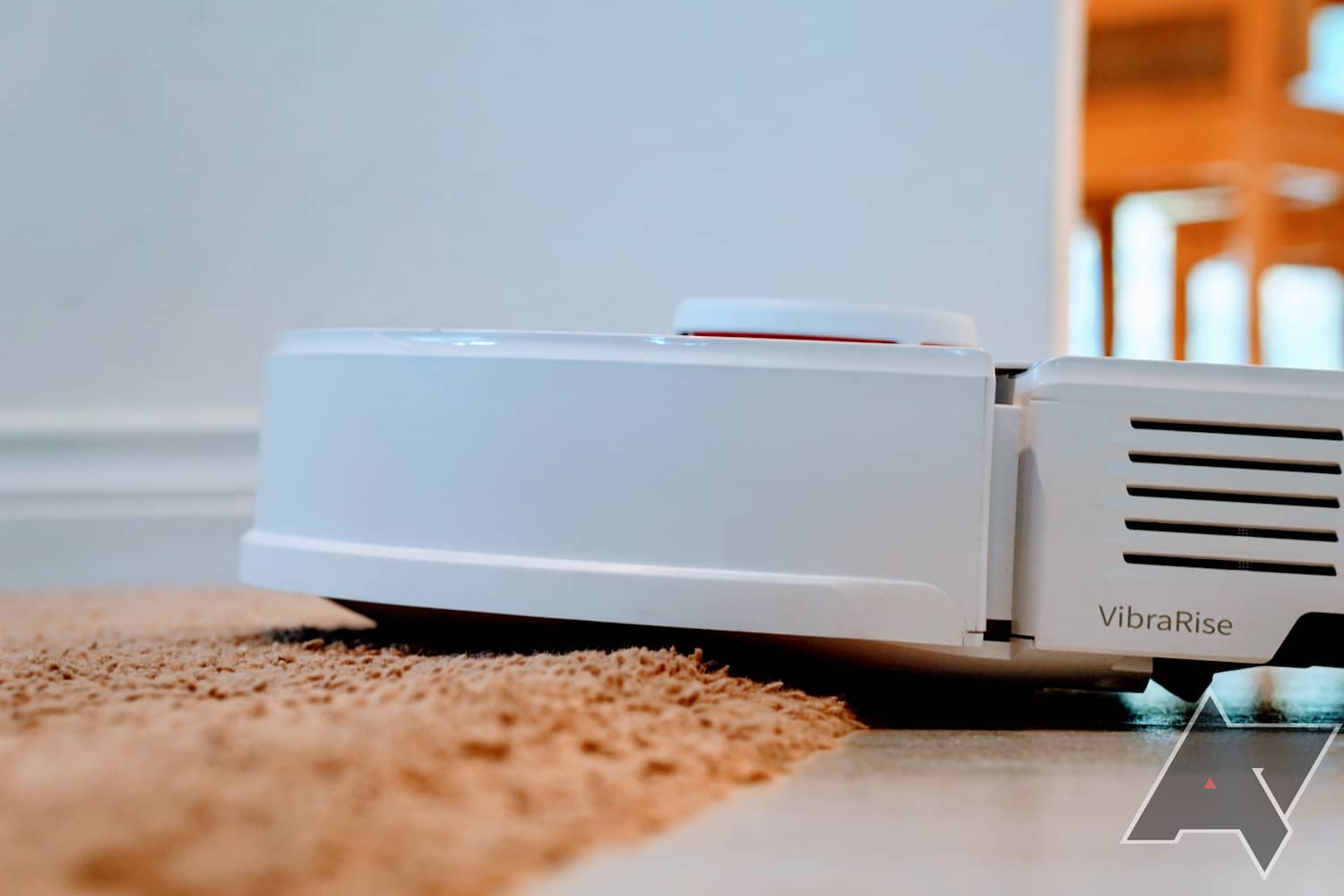 The S7's VibraRise technology raises its mop five millimeters off the ground to keep carpeted areas dry. Its carpet detection is flawless, and unlike the S6 MaxV, it doesn't leave wet streaks on my floor. Still, it won't save thick pile rugs and doormats from getting damp. For those areas, I recommend adding a no-go zone to save yourself the effort of drying them.

Yes, but check for deals first. For those who can afford it, the Roborock S7 is one of the most advanced autonomous vacuums to date. It nails the basics with an improved brush design and Google Assistant support, all while delivering an exceptional mopping experience that wipes away its competitors.

However, I think $650 MSRP is too pricey, and there are plenty of decent, affordable robots like the Wyze Vacuum that get the job done for a fraction of the price. The S7 also doesn't come with spare parts, which it should for this price.

If price is no object, this is one of the most capable vacuums on the market. Paired with Roborock's upcoming auto-empty bin, it could become a true set-and-forget housekeeper — and one you should consider buying. 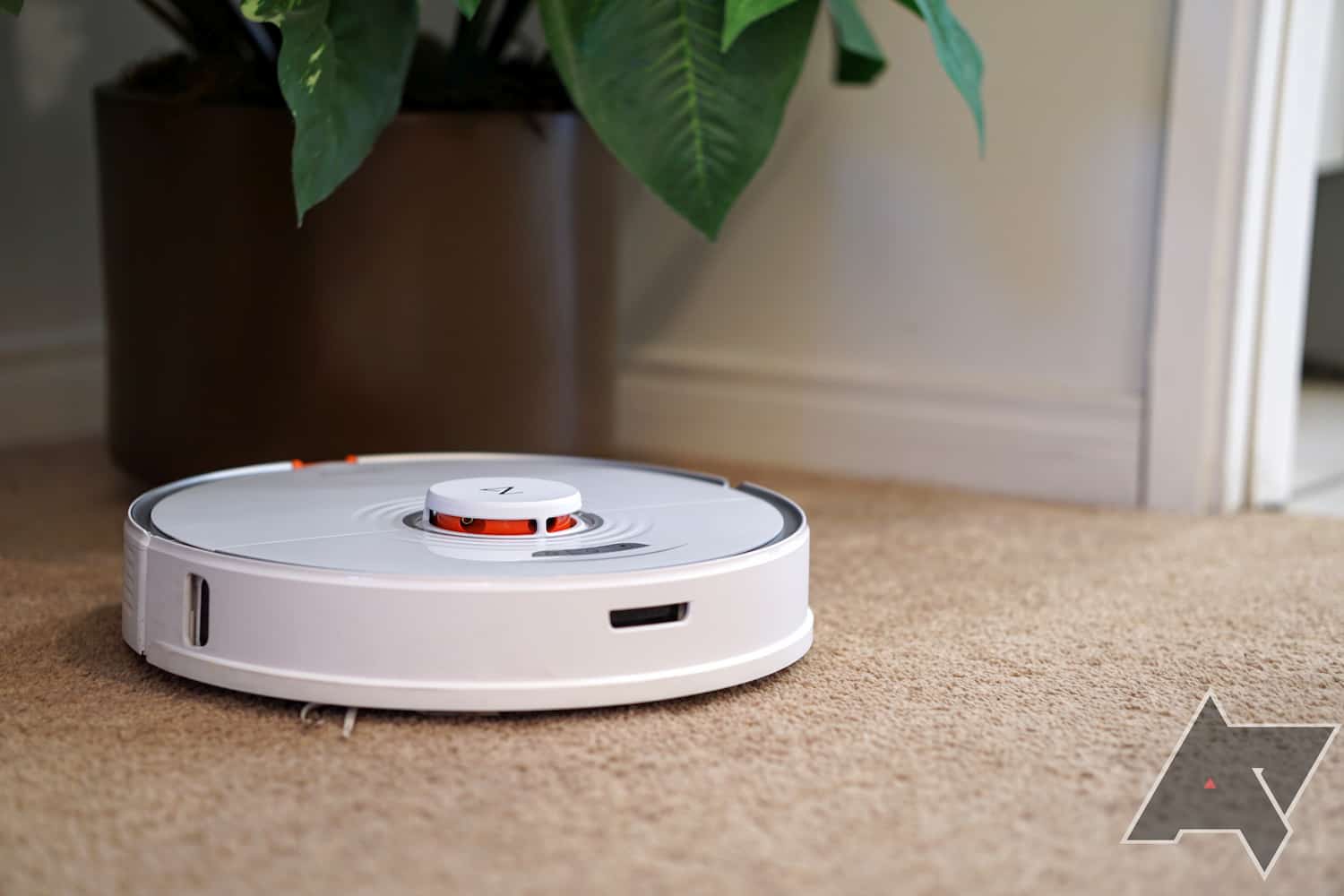 You can purchase the Roborock S7 at select retailers: