Google Lens is an incredibly powerful tool that probably gets used way too little — you need to know how to access it in the first place, and even though Google isn't shy about adding it almost anywhere you could think of, it might still not be as discoverable as the company would like it to be. That's probably why it's experimenting with adding it to the homescreen search bar on Pixel phones.

The new position of Lens was first spotted by 9to5Google, though the publication tied it to Android 12. We can confirm that the rollout isn't related to the Android version, as the Lens icon popped up on one of our Pixel phones running Android 11. The new shortcut makes it even easier to access Lens than before, when you had to invoke the Assistant or open your camera app to get to the tool. 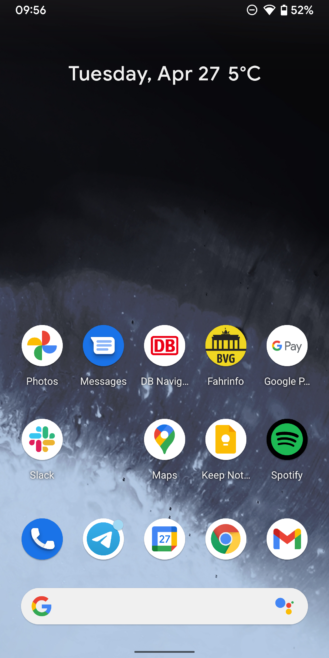 The Lens icon previously already popped up on some people's search bar widgets before, but not in the irremovable variant on Pixel phones. In that version, the Lens logo was tweaked to resemble a camera more closely, so it's still unclear what Google wants to do with the Lens icon going forward.

While I find the aesthetic qualities of the added Lens button debatable (visual overload much?), it's undeniably useful to have it right in the search bar on your homescreen — you can quickly scan QR codes or translate and copy text you find when you're out and about with the a single tap of a button.

OnePlus 6 and 6T get new update, but it's still not Android 11

You probably forgot the Assistant could read websites to you, but the feature just got a new look