Motorola only recently announced the feature-packed Moto G40 Fusion and the G60, but it isn't done adding phones to its increasingly bloated G lineup. The company has released yet another product in the form of the Moto G20. It's an entry-level device, but it boasts a couple of features that are not as common in the price segment.

The G20 offers a 6.5-inch 90Hz IPS LCD panel with an HD+ resolution and a V-shaped notch for the front-facing 13MP camera. It's powered by a mysterious octa-core processor from Shanghai-based chip maker Unisoc, accompanied by 4GB of RAM and up to 128GB of expandable storage — you shouldn't expect graphically intensive games to run smoothly on this hardware.

The primary camera setup of the phone comprises a 48MP wide, an 8MP wide, a 2MP macro, and a 2MP depth sensor. It might not be exceptionally good, but it should do just fine in good lighting conditions. The G20 should last you a day and then some with its 5,000mAh unit, but charging will be on the slow side with the included 10W adapter. 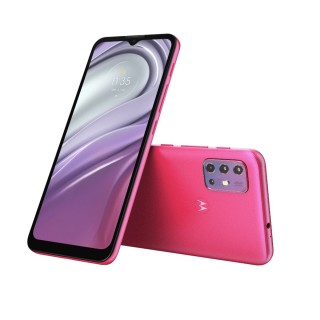 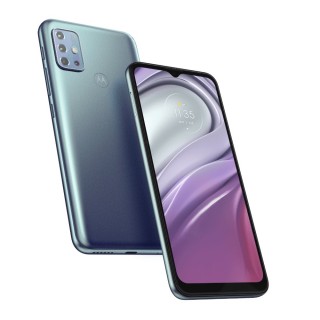 Other key features include an IP52 certification which will protect it from a bit of rain, a 3.5mm headphone jack, a dedicated Google Assistant key, and Android 11 out of the box — apart from the headphone jack, those are pretty unusual sights on a budget phone like this.

The Moto G20 is currently only available in certain European markets and starts at €149 (~$180) — the price of the 128GB variant is unknown at the moment. Motorola says it will roll out to "other regions" as soon as the coming week.