Amazon's tablets aren't meant to set the world on Fire, but they're probably some of the most popular on the planet thanks to low price tags and integration with the company's retail empire. It's been about a year and a half since the 10-inch version got an upgrade, but today Amazon is taking pre-orders for the new Fire HD 10 and Fire HD 10 Plus.

In terms of physical design, the refreshed Fire HD 10 now places its front-facing camera in a landscape position instead of portrait. It also moves the speakers to the bottom edge, giving the entire package a more conventional design for tablets of this size. Amazon says this is better for video conferencing. It keeps the same 10-inch, 1080p display as the previous model and a similar 2.0GHz octa-core processor, but boosts RAM up to 3GB. That's still on the low side for any Android device these days. Amazon says the body is thinner and lighter, with a stronger aluminosilicate screen that's 10% brighter.

Thankfully Amazon kept the USB-C charging added to the last model, which isn't a given with tablets at this price point. Storage is either 32GB or 64GB, plus whatever you can fit in the MicroSD card slot. The 10 HD starts at $149.99 for the 32GB model, coming in black, denim, lavender, and olive color options. Yes, that price is "ad-supported," and it'll cost you $15 to get rid of them. 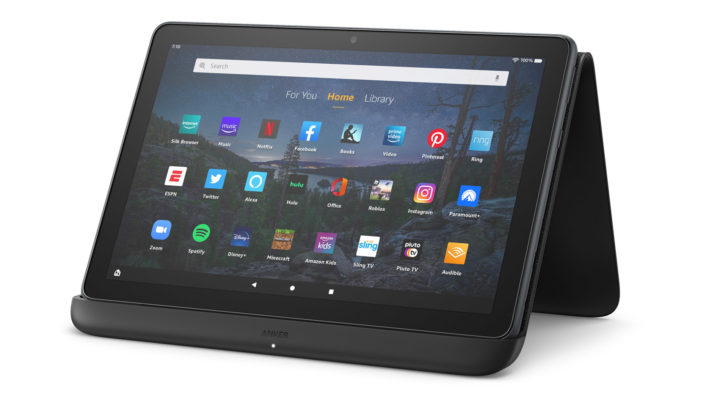 The HD 10 Plus keeps a more or less identical physical design, but boosts RAM up to a welcome 4GB and adds Qi-compatible wireless charging. Wireless charging is a rare feature on tablets, but Amazon started including it on some premium models last year, because it makes it easy to turn them into Alexa smart displays with the sold-separately dock. Previously the 10-inch tablets needed an adapter case for wireless charging; now it's built-in, like the Fire HD 8 Plus. The Plus model also gets a "premium" soft-touch finish. The Fire HD Plus has the same storage capacity, but that RAM boost is worth it for a $30 price bump. 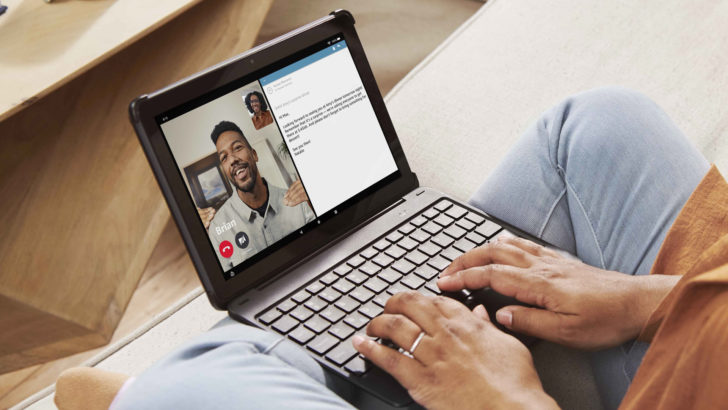 In addition to the $50 wireless charging dock (made by budget brand favorite Anker), Amazon is also selling both tablets in a "productivity bundle," which comes with a Fintie wireless keyboard and a year of Microsoft 365, starting at $220 for the base model Fire 10 HD. Both tablets are up for pre-order on Amazon now, shipping on May 26th.