Depending on where you live in the world, you may or may not have heard of Vivo's sub-brand iQOO. The company is focused on making performance-driven phones and has unveiled two new ones for global markets — the iQOO 7 and the BMW-branded iQOO 7 Legend. They both offer top-end chipsets at jaw-droppingly low prices.

There's a lot in common between the phones, but there are some key differences. The 7 Legend, designed in partnership with BMW M Motorsports, features the iconic tri-color racing stripes, whereas the standard variant has a more discreet single-tone back. The internals differ as well — the BMW model is powered by the Snapdragon 888, while its less impressive sibling houses the Snapdragon 870.

The Legend gets a smaller 4,000mAh battery due to its large vapor cooling chamber (apparently the largest on any phone yet), whereas the regular variant has a 4,400mAh unit. Both phones support 66W FlashCharge, which should juice them up fully in about 40 minutes.

Last year's iQOO missed out on a high-refresh-rate display, which was a bummer for a gaming phone. However, iQOO has come well-prepared this time around as both phones feature 120Hz FHD+ OLED panels. In fact, there's even a dedicated chipset to increase the frame rate up to 120Hz while gaming. Speaking of gaming, the iQOO 7 Legend has a special trick up its sleeve. Instead of shoulder buttons, the phone offers an on-screen virtual joystick and control pad with pressure-sensitive digital buttons. iQOO claims that this will allow gamers to do with two fingers what they could previously accomplish only with four fingers. 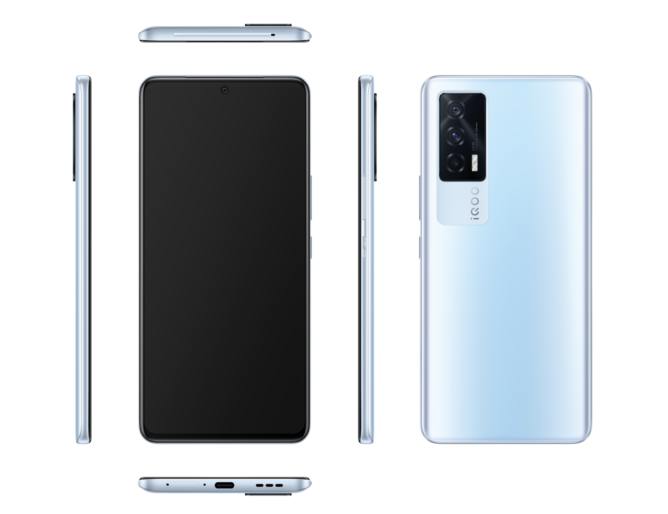 As for the cameras, both phones share a primary 48MP wide and a 13MP ultrawide. However, the Legend swaps out the 2MP monochrome on the standard variant for a 13MP telephoto lens with a 50mm equivalent focal length. There's an identical 16MP selfie shooter on both phones.