Microsoft's first-generation Surface Headphones launched at an ambitious $350. Partially due to that price, they didn't really catch on (Microsoft seemingly acknowledged this blunder by introducing the second generation at an MSRP $100 lower). They're still good headphones, though — and today, you can nab a pair for just $82 from Woot.

The Surface Headphones feature good (but not class-leading) sound quality and noise canceling, plus a striking design and intuitive control wheels for both volume and ANC. Their battery life is considerably shorter than it is in competing options from the likes of Sony and Bose, but they should still last a couple of work days before needing a top up.

Woot lists the price as $95.99, but you get an additional 15 percent off if you order through Woot's app — which shakes out to $81.59, nearly $270 under the Surface Headphones' launch price. Follow the link below to learn more. 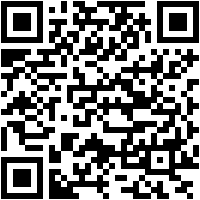 Spotify's price hike is coming to the US, too, but only for family plans