When Samsung refreshed Good Lock for Android 11 a few months ago, Home Up and Task Changer were merged, with the latter losing several styles in the process. Today Samsung updated the module once again, restoring many of the old themes and adding some useful new features.

If you look at the bottom left of the overview screen, you'll see a small button with a 3x3 grid inside. Tapping this will push the app that is currently open into split-screen, and display a list of compatible apps to open alongside. If this seems familiar to you, it should — the feature was available in Good Lock for Android 10 but didn't make the jump to 11. It's a useful tool, so I'm happy to see it return.

When Task Changer was combined with Home Up, only three of the six layout options survived the transition: list, grid, and stack. Vertical list and slim list have now been added back in, so carousel is the only one missing in action. But as that was one of the less popular versions, I don't imagine that one will come back.

If you're using one of the three list layouts, you can enable "circular list," which will change the scrolling animation when in overview. Instead of your recent apps scrolling up and down in a straight line, they'll rotate around the right side of the screen. It's subtle, but it looks great on a 120Hz display. 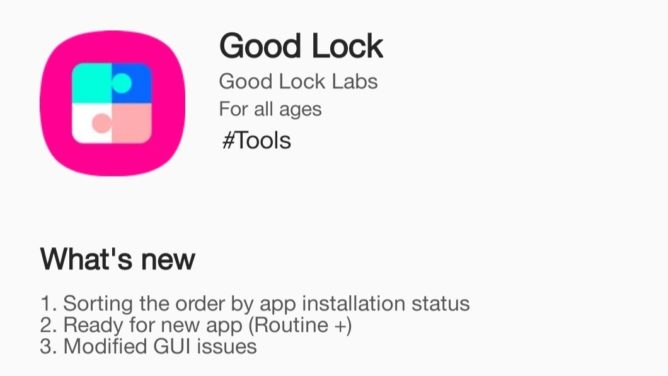 Finally, it looks like we'll be getting a brand-new module soon. The changelog for Good Lock says it's "ready for the new app Routine +." All we have to go on is the name, but I think it's safe to assume that this is linked to Bixby Routines somehow. As well as the name pointing to the connection, it should be noted that Bixby Routines started as a Good Lock module in the first place. Whether this module aims to enhance what we currently have or replace it entirely remains to be seen.

The updated Good Lock and Home Up apps are available now from the Galaxy Store, as well as APK Mirror: Good Lock, Home Up.

Here’s how to stop Twitter from compressing your images

Android 12's got some jiggle