Android 12 Developer Preview 3 brought a whole slew of new design elements hinting that we're in for even more extensive changes in future pre-release versions. But Google is also working on eliminating smaller inconsistencies that should make the latest OS even more pleasant to use. It's introducing properly themed toast messages for dark mode, as first spotted by 9to5Google.

In case you need a refresher, toast messages are the little pill-shaped messages that pop up at the bottom of your screen following some actions as a confirmation. Previously, all of these banners came with a light gray background and a dark font, but now, a few apps are generating toasts with inverted colors. It looks like this only works for apps that support Google's system-wide dark mode, though. 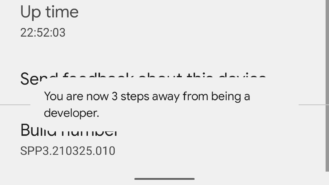 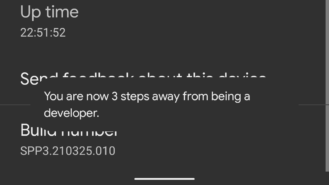 Isolated, that might seem like a super-small tweak that's barely worth mentioning, but given that Google is also working on dark splash screens for all apps, we'd imagine that the company finally wants to make dark theme the proper first-class citizen it's supposed to be.