Just about every major Android update has come with some changes to the notifications, sometimes in the form of major functional additions, or possibly just some minor layout tweaks. Google already made a change in the first Android 12 developer preview to put notification snoozing in a more easily accessed location, but the latest update to DP3 is adjusting the layout of stacked notifications so the total is more visible and makes better use of space. 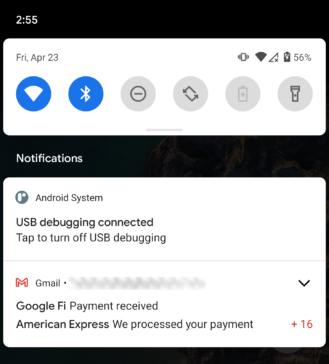 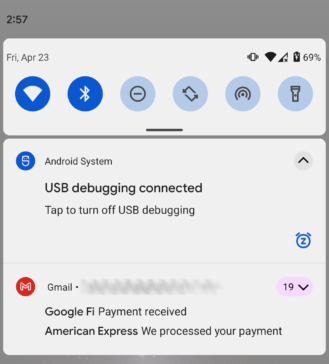 The two screenshots above show how this change affects a notification for Gmail. Prior to Android 12 DP3, a small counter was displayed in the bottom right corner of any notification stack containing more previews than it could show. With the Android 12 DP3 update, that counter has been moved up to join the expansion arrow — which also gained a bubble of color for the background.

The change may seem pretty minor, especially since the counter is easy to spot in the above example, but this may actually be about improving visibility. The bright red color seems to have been chosen to match Gmail's icon, but apps with a black or dark gray icon could end up with a counter that closely matched the nearby text. For example, the NYTimes notification below. It's still not that hard to identify the counter in the old layout, but the new look is obviously easier to spot.

As a final benefit, the adjusted layout also reclaims a few pixels for the bottom preview to show slightly more text.

Like all of the new things we've seen in the developer previews, this subject to change as the Android team continues to experiment and examine feedback. However, this one will probably stick since it makes a couple improvements without any notable compromises.