During its first 2021 event yesterday, Apple announced "the next chapter of podcasting" with its Apple Podcasts Subscriptions. It's a new platform for podcasters that allows them to monetize their shows using subscription fees — conveniently only available to consumers through the Apple Podcasts app. Apple positions the new monetization method as separate premium products in addition to existing free or ad-supported podcasts, and there are already tons of studios and independent podcasters lining up to become part of the service.

The move is just part of a larger trend in the podcasting world, mostly kicked off by Spotify. The music streaming service is picking up more and more exclusives, holding some of our favorite content hostage with its terrible app in the process. Amazon is also joining the game with originals and exclusives on Amazon Music and Audible, and Facebook has plans of its own for audio content. Then there are smaller deals, like the one the NFL closed with iHeartMedia, and purchases all over the place, like Pocket Casts being acquired by a public radio group.

All of these trends make me very worried about the future of podcasts. 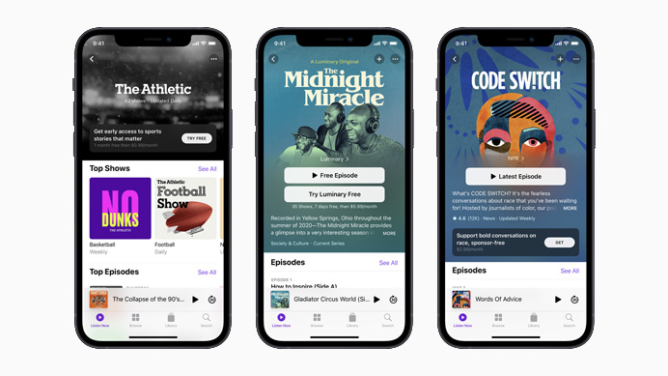 To understand why these moves feel scary for die-hard podcast listeners, we need to look at what podcasts historically are. A podcast is usually a series of audio or video episodes, often topically connected and with recurring hosts. In the past, almost all podcasts were distributed from their creators' servers, accessible as direct downloads or via a client app of your choice. Most podcasts are free, ad-supported, or have a big corporation pulling the strings, making them one of the most affordable and accessible forms of entertainment without a corporate structure to support them (like YouTube).

With Apple, Spotify, and Amazon increasingly working on tying creators to their platforms, we might lose this almost open source-like aspect sooner rather than later. Apple's push into the market feels particularly bad as its podcast app is only available on its own devices. At least competitors like Spotify and Amazon only lock you into specific services, not hardware.

It sure looks like we might be in for a landscape we are already very familiar with from the video streaming industry. If you want to keep up with the latest shows everyone talks about, you need to subscribe to a plethora of services. Netflix, Amazon Prime Video, and Disney+ come to mind instantly, but there are also offers from HBO, Hulu, Paramount, Peacock, Apple TV+, Discovery+, and so many more — we're basically in the process of moving back to cable TV. The original dream of an all-encompassing Netflix catalog is long over, and we need to rely on yet another service to see all our content within one single interface. 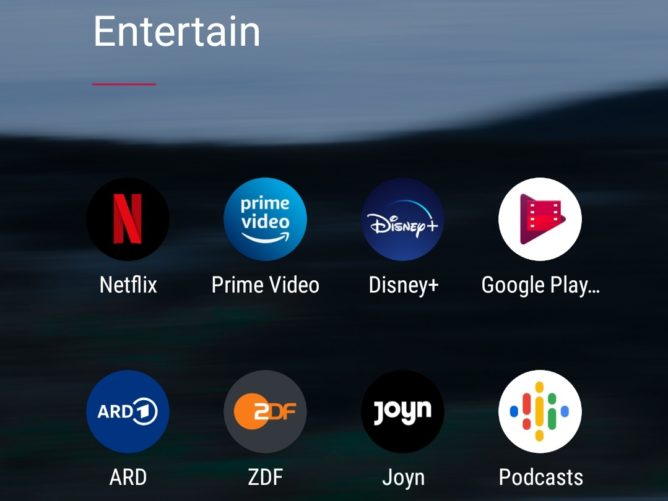 My (German) entertainment folder is still comparatively small, but I find its size annoying enough already.

If this is the future of podcasts, following your favorite creators will become much harder in the not-too-distant future, and you'll need to be prepared to either stop consuming some shows or juggle multiple apps on your phones. When you opt for the latter, you'll lose out on features like queuing, straight-forward subscription management, and seamless downloads, which is an integral part of the podcasting experience for many people.

All that said, these exclusivity agreements and premium subscriptions are mostly great for podcasters, especially independent ones. It helps them secure funding over a longer period of time and often gives them access to a highly engaged audience that's ready to switch to another platform to stay up to date with them. It's a shame that there aren't too many other financing options for podcasters out there, with many currently relying on donations or voluntary Patreon subscriptions in addition to in-show advertisement segments.

The path we're headed on might be bad for ease-of-use and a great listening experience, but it could just be what creators need to be able to make podcast production a sustainable, self-serving business instead of a side hustle.

Could there be a better way?

While it's probably way too late given the trajectory of the market, I'd love to see things pan out in a different way that could please both content creators and listeners. We don't need to look further than the music streaming services of today. Apart from a few exceptions, most streaming services offer the same music. You can listen to almost all of your favorite artists on either Spotify, Apple Music, YouTube Music, Tidal, or whatever you prefer. In a perfect world, podcast creators could receive royalties per play, much like musicians do nowadays, and you could pick your favorite podcast streaming service.

Of course, this solution isn't perfect, either. The music streaming market has a multitude of problems of its own, with smaller artists barely making enough money via streaming alone. Many musicians depend on merchandise and, to a bigger extent, touring. Given that podcasters don't enjoy as much public attention as musicians, a strategy like this probably wouldn't be feasible for them.

But I still like the idea of a market where I can select my podcast app based on my UX preferences, even if that means paying for yet another monthly subscription. At least that would mean I wouldn't have to jump between Apple Podcasts, Spotify, Amazon Music, and co just to keep up with all of my favorite spoken-word content.

And what's Google up to?

As always, it looks like Google is just watching from the sidelines with a product that isn't up to the challenge. The search giant's Podcasts app may look sleek and might be pre-installed on all Android phones as part of the Google app, but it isn't exactly well-advertised and doesn't provide any lock-in mechanisms or subscriptions. I personally like the experience for its syncing capabilities with Google Home and Nest devices, but Google could soon be left in the dust with little to no interesting content as bigger podcast producers vanish due to exclusivity deals. Don't expect Google to be the Knight in shining armor here, basically.