As a writer for a blog all about Android, I take a lot of screenshots. For example: this article. Android's featured a built-in editor for screenshots for a while now, but it's getting a little more useful in Developer Preview 3 of the upcoming Android 12. If you try out the new release, you'll see a font selection option for the markup tool.

The screenshot editor got a big upgrade in the initial developer preview, adding the ability to drop text and emoji onto screenshots. In DP2 the emoji function was moved into the text tool (like most other places you input text on your phone). In DP3, you now have a selection of five different fonts, which appear in the tool at the top of the interface. 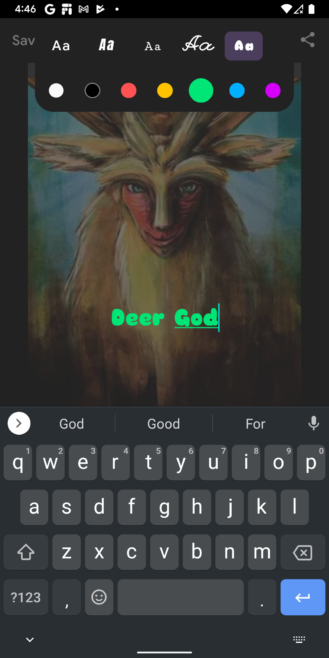 On top of standard and bold+italicized sans serif, there's a serif font, fancy script, and playful bubble letters. Text can be placed in a handful of colors, and moved around, resized, and shrunk or enlarged with the usual gesture controls.

One thing we're still not seeing: support for scrolling screenshots, at least on the user-facing side. Oh well, there's always the next preview.