Facebook is testing one, Twitter has one, Telegram (kinda) has one, and even LinkedIn is working on one — every social media network that takes itself seriously has a Clubhouse clone these days. The hot audio-only discussion/conferencing platform has inspired many competitors to come up with their own alternatives, and now the latest to join the party is Reddit.

The social network has announced a sneak preview of Reddit Talk, which "lets you host live audio conversations in your community." The new format is currently invite-only for community moderators, but once it's live for them, they can start Talks with all members and visitors of their subreddit. In the future, other "trusted" Redditors might also be able to start new voice chats themselves, but the details on that are still up in the air. 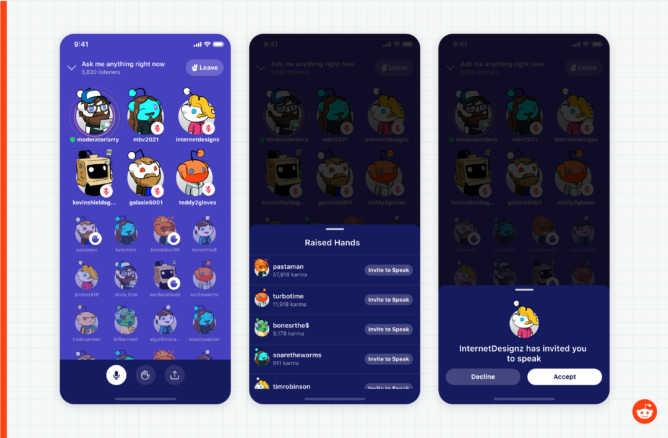 If you've ever heard of Clubhouse, Reddit Talk should be familiar. Moderators can invite speakers who can debate a topic, and listeners can give feedback by reacting with emoji. People can also raise their virtual hands to join a talk themselves, if the moderator allows it. Reddit says that the new format will be great for all kinds of interactive conversations, like AMAs (Ask me anything), Q&A sessions, lectures, sports-radio-style discussions, community feedback sessions, and more. Reddit is also testing customization options for hosts, allowing them to create unique experiences with their own background colors and emoji. 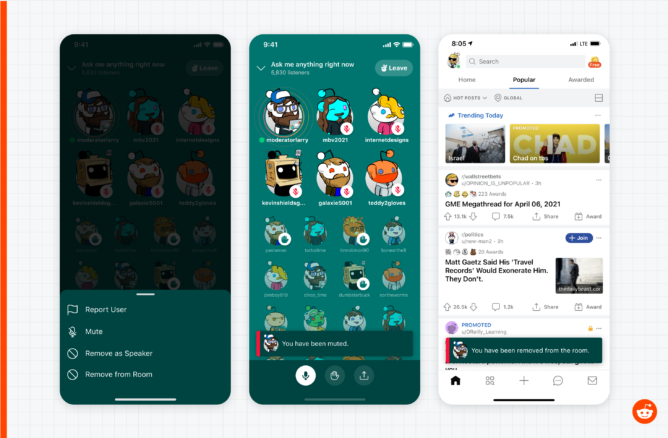 Reddit invites its moderators to help shape the feature, asking for feedback, ideas, and questions. If you're a Reddit community manager yourself, you can join the waitlist on the announcement post. It'll likely still take a while until the feature is fully launched and available for everyone. Talk will roll out to Reddit's mobile apps on Android and iOS first.

T-Mobile's REVVL 4+ is getting updated to Android 11