Google is a search company first and foremost, and that shows. Most of its products prominently feature search bars or search buttons, and that's no different for Chromebooks with their own dedicated search key, replacing Caps Lock. The button launches an online and system-wide search for apps, websites, bookmarks, settings entries, and more. It's handy, but it can get pretty overwhelming and chaotic due to all different kinds of entries loped together. Google sure seems to be willing to improve that.

Chrome Story and Chrome Unboxed have spotted a commit in the Chromium Gerrit, titled "[Launcher] Add chrome flag for launcher categorical search." Unfortunately, that's about all the details we have right now. Google hasn't added any code to its development platform, and activating this categorical search flag (chrome://flags/#categorical-search) in the latest under-development version of Chrome OS doesn't do anything yet. But given the title, we can speculate just a little bit.

Google already separates apps and other results in its search interface, but it looks like the company wants to divide things even further to make the search experience less visually overwhelming. While the exact categories are still up in the air, we could see the company going for something similar to the Linux distro Ubuntu, which organizes system search results into different categories for applications, files, folders, websites, and more. 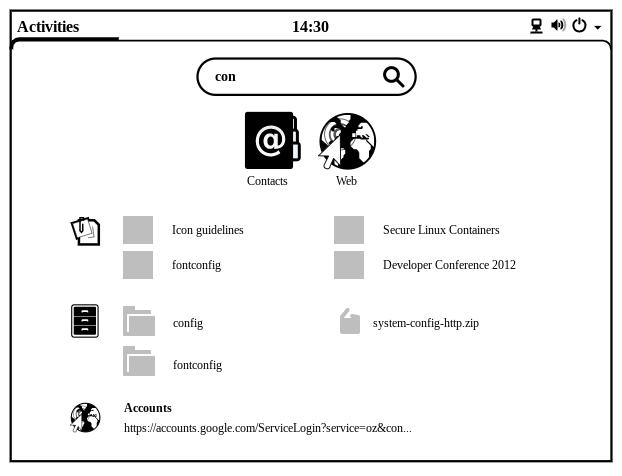 At the moment, we don't have any evidence that search will function like depicted in the image, though. Like many other useful changes to Chrome OS we've spotted, it's entirely possible that Google will scrap it without further pursuing the idea, or that the flag will do something else altogether. We'll keep you updated as we learn more.