The audio-only discussion/public forum platform Clubhouse is the hottest social media trend of the year, and Facebook doesn't want to be left out. The social network has announced a slew of audio features, including a podcast platform, a "Soundbites" audio creation tool for short audio content, and "Live Audio Rooms" for joining Clubhouse-like talks.

Facebook is starting to test Live Audio Rooms in groups and will roll it out to everyone using Facebook and Facebook Messenger by the summer. The company decided to start with groups because it can reach 1.8 billion people that are already highly engaged in their communities, making it likely that they'll be the first who would want to profit from the feature. The company is also rolling it out to select few public figures like quarterback Russell Wilson, music artist TOKiMONSTA, director Elle Moxley, and Olympic medalist Nastia Liukin.

Unsurprisingly, the interface is pretty similar to Clubhouse, with highlighted speakers and a front row of listeners visible to everyone. There are also options for sending emoji, raising your hand to join in on the discussion, and sharing the conversation with others. Public figures will also be able to monetize discussions via so-called Stars emoji, which are already known from Facebook's live video streams. 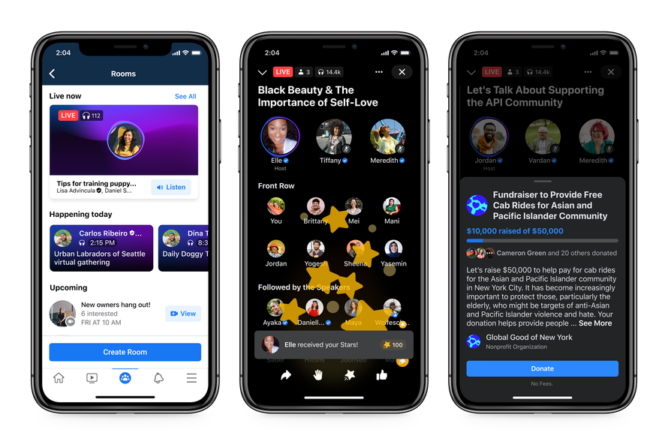 Facebook is also introducing podcasts to its platform. You'll be able to tune into episodes from your favorite creators right from their Facebook pages "within the next few months," so you won't have to leave the social network anymore to listen. Of course, Facebook plans on using its algorithm to recommend new content that you might also like to listen to to keep you even further locked in. 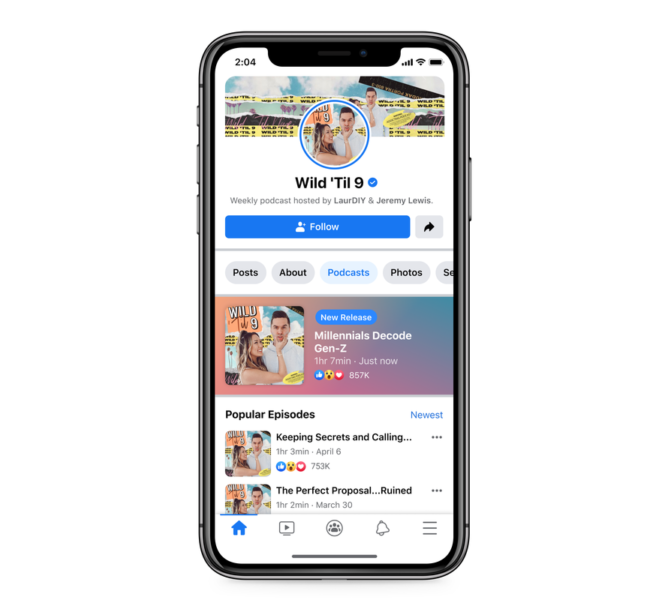 Then there are Soundbites, which Facebook describes as "short-form, creative audio clips for capturing anecdotes, jokes, moments of inspiration, poems, and many other things we haven’t yet imagined" — basically Stories, but audio-only. Like Audio Rooms, the feature will first be limited to a few content creators who will experiment with different concepts for the new format. To make it easier for everyone to create these Soundbites once they are more widely available, the company is also introducing a new suite of audio technologies that help with speech-to-text, voice morphing, and improving audio quality via AI. 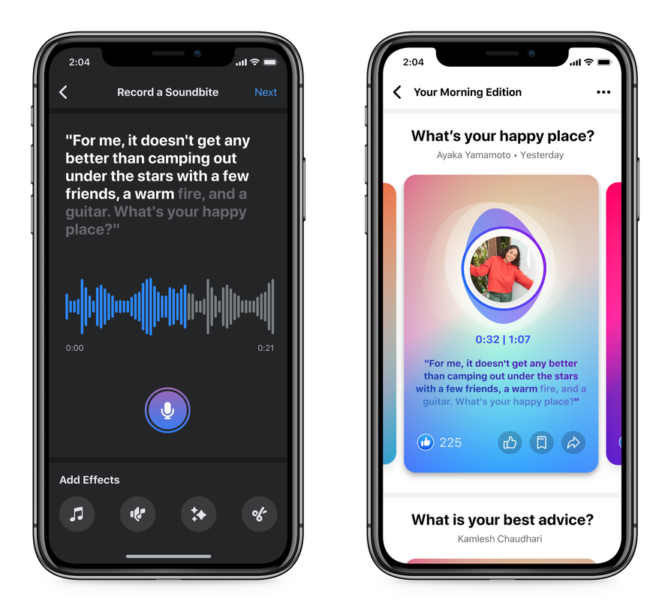 This announcement marks Facebook's biggest foray into audio content yet. It's pretty obvious that the features are aimed at competing with Clubhouse and, to an extent, Spotify (with its push for exclusive podcasts). Facebook is known for either outright buying successful competitors (WhatsApp, Instagram) or copying their core features in order to push them into irrelevancy (Snapchat), and it looks like the company is once again trying to prevent its latest rival from gaining a foothold.