Chromebook keyboards have always been frustrating to use for anyone coming from another platform because quite a few things are switched around. The Caps Lock position is taken over by the Search key (or "Everything button") while there's either no key between Ctrl and Alt or (on Pixelbooks) a Google Assistant shortcut. To make matters worse, Google is looking into changing a few keyboard shortcuts going forward, which probably won't help those of us who just got used to Chrome OS' peculiar shortcuts. Luckily, Google might soon allow you to customize some shortcuts. 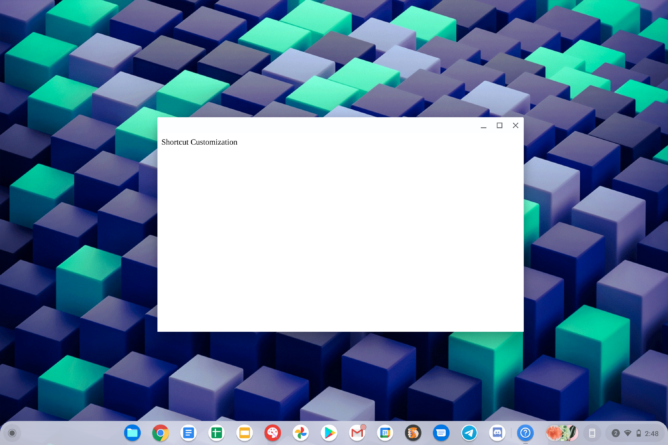 Chrome Story first spotted a new experimental flag in the Chromium Gerrit called "Enable shortcut customization app." According to the description, it will unlock a new system web app that allows "users to customize system shortcuts." Unfortunately, that's about all the details we have — Google has yet to post the actual code to the Gerrit, so we can't dig any deeper into what's going on. For what it's worth, we were able to activate the shortcut customization SWA in Chrome OS Canary version 92.0.4480.0, but right now, it's just a dummy app with a title — no functionality to be seen. 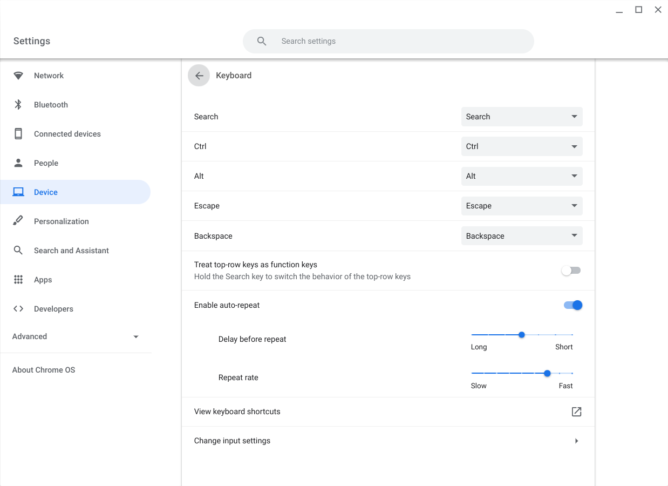 The current keyboard options in the system settings.

That leaves a lot of room for speculation. It's possible that the app will allow you to customize each and every shortcut you could think of, creating a system that only you can understand, but we think it's more plausible that Google will only let you remap some of the trigger keys or a small selection of shortcuts that it's going to change shortly. It's also possible that the new SWA is just supposed to replace or augment the existing keyboard button mapping options in the settings app that already let you remap some of the modifying keys like Search, Alt, Ctrl, and more.

We'll be sure to keep you updated as we learn more.