If you're a fan of Arlo's line of smart home camera equipment, you've probably been waiting for a few of its features to catch up to the likes of Nest. Today one of them does, at least if you're a subscriber to the Arlo Smart premium package. With the latest app update, you can see animated video previews in the notification for Arlo cameras and video doorbells.

The addition is small, and a little janky at the moment: the previews play back at a lower framerate than the same ones on a Nest camera. And they aren't full-width, so you may have to squint to make out details, especially on smaller phones. And yeah, the necessity of subscribing to Arlo Smart ($3 a month minimum for one camera) is a bummer, but that arbitrary limitation was in place for the static image previews anyway.

Other additions to the Arlo App in version 3.2 include the ability to remove individual devices from Geo Fencing, and the usual bug fixes and other under-the-hood improvements. Hopefully they can help improve the app's less-than-stellar 3.8 star rating, which isn't encouraging for a relatively expensive camera line. 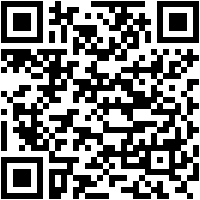 14 new (and 1 WTF) Android games from the last week: The best, worst, and everything in between ...