User reviews are a big part of any storefront. Whether you're shopping on Amazon or directly from a manufacturer, being able to see what other buyers thought of the product can help you make an informed decision when buying. As Google continues to expand its online shop to include Pixel phones, Nest devices, Fitbit trackers, and more, it's vital for the company to add standard features to the site. Review pages for many of its most popular devices are now appearing on its storefront, but in typical Google fashion, they're launching half-baked and hidden from most users. 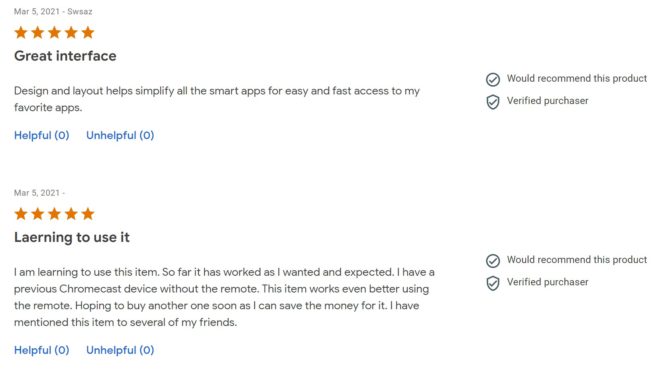 The earliest reviews listed for the Chromecast with Google TV.

Every product currently displaying a reviews page on Google's store seems to have its first feedback dated from the beginning of March. There's no field to fill out a new post, so these reviews were likely gathered from emails asking for ratings after purchasing a Pixel 5 or a Nest Audio online. Likewise, there's no evidence any of these have been scraped from other websites like Amazon or Walmart. In fact, Target's listings for these products are doing the exact opposite, with most recent additions now displaying "originally posted on Google LLC" below the headline. 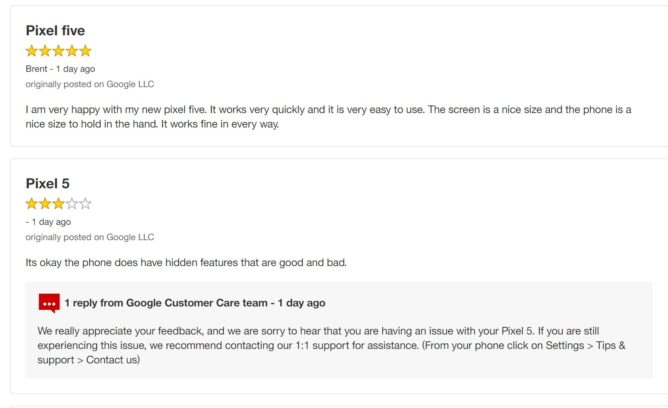 As of right now, reviews haven't been fully launched on the site. Navigating to the page can be tricky — I had to manually edit the URL to get there since "Reviews" didn't show up on the store menu — while some products, like the Fitbit Versa 3, just redirect to the homepage. It's good to see Google finally add feedback to its product pages, but it won't make much of a difference until these reviews are more easily accessible to shoppers.