Telegram Web has always been a great fallback when you're not on your own computer or using a platform that doesn't properly supports any of the beautiful native apps the social network offers (looking at you, Chrome OS), but it's far from pretty. It looks dated compared to the other Telegram apps and doesn't offer newer features like stickers and voice calls. That's where two new Telegram web applications come in — they feel much more modern, come with tons of animations, and they support stickers.

The apps, Telegram WebK and Telegram WebZ, were first spotted by DroidMaze, which reports that they're mostly identical apart from a few features and design elements. They're both available on Telegram's official website in the web apps section. Both come with a look that's mostly reminiscent of the desktop apps with smooth animations, support for stickers, chat folders, search, and more. They also both offer responsive interfaces that work well on phone screens. 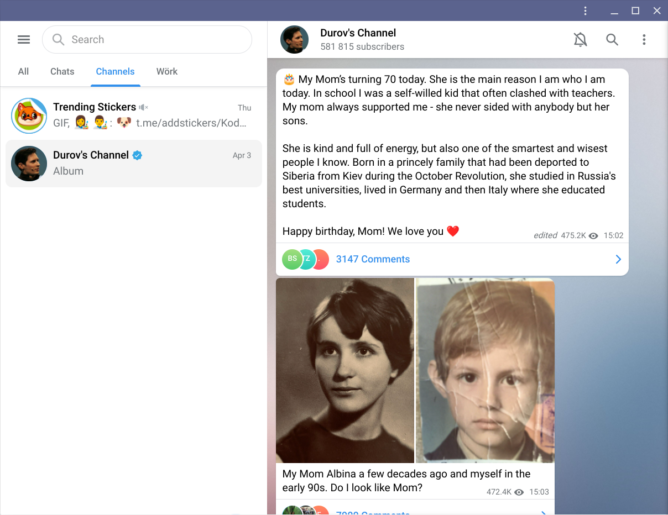 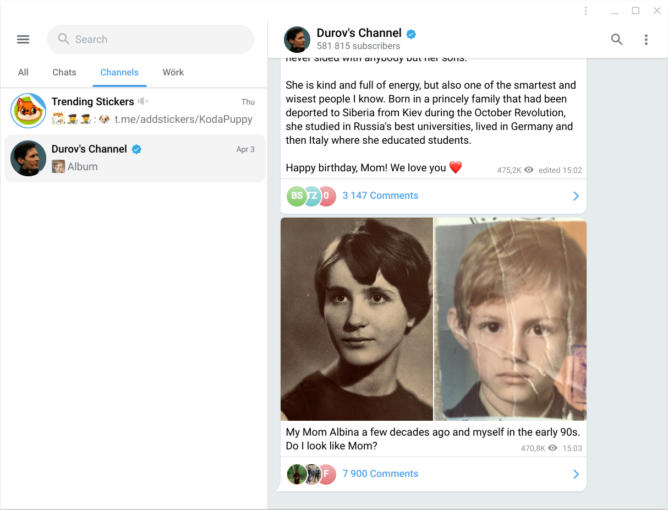 Once you get into the weeds a bit more, you'll notice some differences. I wasn't able to activate notifications on WebZ, and it doesn't offer an install shortcut in the address bar (though you can just hit the three-dot overflow menu in Chrome and add it as a shortcut). On the bright side, I find its interface just a tad prettier with less white space than WebK, and I appreciate support for single-color wallpapers, which isn't available on WebK. But WebK still wins the race for me feature-wise. It offers a quick install shortcut in the address bar and sends out notifications. Weirdly enough, its privacy settings page doesn't work, but that's not as bad as losing out on notifications.

Unfortunately, these web apps still fall short in other regards. They don't support voice or video calls, and colon shortcodes don't work for emoji and stickers (like :love). I also couldn't find any keyboard shortcuts in either app apart from arrow-up to edit the last message you sent. The old web app also appears to be more reliable in weaker connections, though I haven't been able to test that extensively. 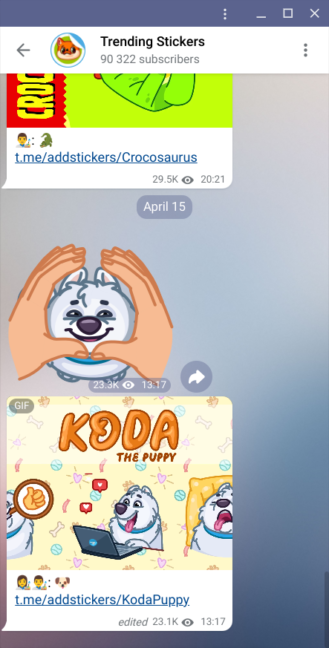 As to why there are two apps, we're not entirely sure. It looks like they could be the results of a contest Telegram ran, asking developers to come up with a simplified JavaScript version of the aging web app. DroidMaze says the apps are currently maintained by two different developers, so we might have to wait a while until Telegram is ready to graduate either of these to the main web app. According to the Telegram bug tracker, that seems to be the end goal. 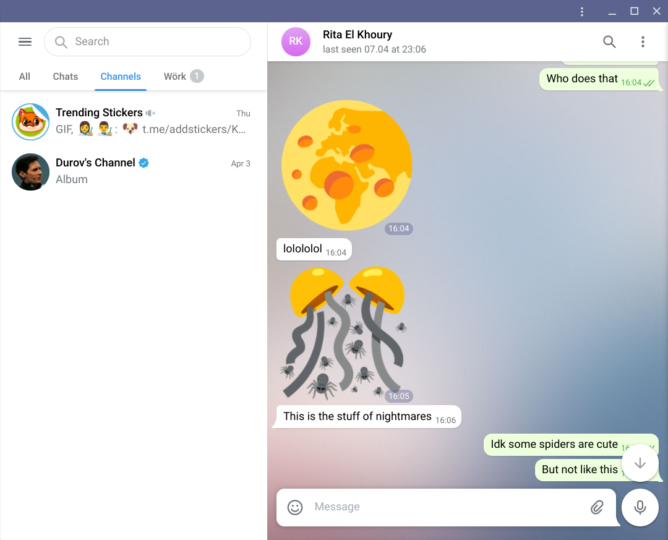 Another look at WebK.

In any case, the new web apps give us quite a bit to look forward to. They're ready to make the Telegram web app an app that you won't just use out of necessity but that you might actually enjoy using. You can get started with the apps on webz.telegram.org and webk.telegram.org.

The OnePlus 9R is getting its first software update

Buy yourself a glow in the dark Chrome Dino, because why not