It's been a busy few months for Fitbit. Even if the company has had any major product launches since the Sense and Versa 3 arrived on store shelves last fall, plenty has changed in that small amount of time. Last November, its wearables finally gained support for Assistant, a move made possible by Google's acquisition of the company. Regulators approved that deal back in January, and now, Fitbit might be ready to launch one of its first trackers after being acquired. If you were expecting some kind of high-end smartwatch, however, prepare to be disappointed.

Fitbit's newest wearable is designed around premium build materials, according to a translated leak from WinFuture. The newest addition to the fitness-focused lineup looks to introduce gold and platinum metal into the body surrounding the tracker, which otherwise looks similar to the Inspire 2 from last summer. Count in an OLED display, heart-rate monitoring, and sleep tracking, and the Luxe looks to be a pretty standard device with a focus on design. If the flashy gold and platinum designs don't do it for you, a standard black version will also be available. 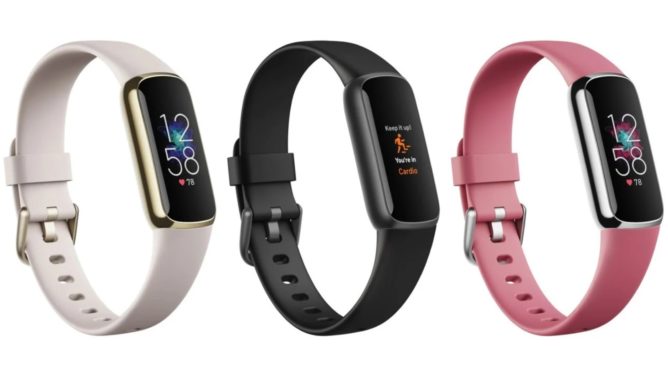 Considering this is far from the "future" of wearables, we really need to know Fitbit's expected price for the Luxe before we can pass judgment. While the actual design screams mid-range, the focus on "premium" materials might push this tracker up in cost, closer to the Sense or Versa 3. Whether or not it'll be worth the metal plating around the watch face remains to be seen, but if you've been looking for a flashy fitness tracker to wear out this summer, your time to shine might be just around the corner.