OnePlus managed to scrounge up a lot of excitement for its first smartwatch last month at its official unveiling. With included fitness tracking and up to two weeks of battery, it seemed like a great deal at $159, even before taking the $20 voucher offered for the watch into account. Launch day has arrived, and OnePlus's newest gadget is officially up for sale — or it would be, rather, if it hadn't sold out almost immediately.

The promise of a smartwatch well below the usual price point for premium wearables was apparently too much for the company's die-hard fans to pass up. However, early impressions of the watch haven't been super kind, and our forthcoming review won't be much different. While the hardware is pretty solid, OnePlus's homegrown operating system is less than impressive — though you'll have to check out our full thoughts coming this weekend. 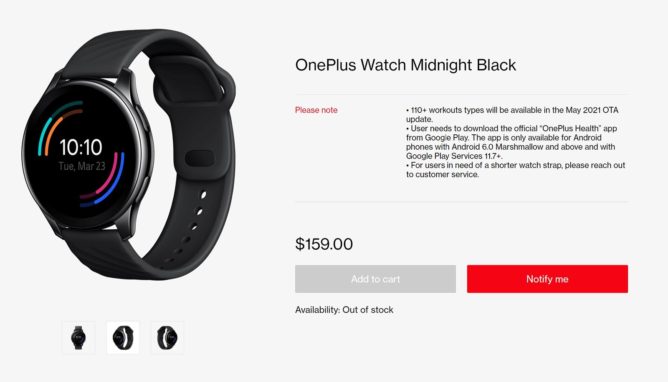 The offer to claim a voucher for the watch was supposed to expire at midnight EST, but as of right now, you can still grab a coupon to use between today and May 31st by logging in with your OnePlus account. Of course, you won't be able to redeem it until more units are made available for purchase. If you're lucky, maybe the watch will actually have an always-on display by the time OnePlus restocks its shop.

New Nvidia partnership could hint at Chromebooks with RTX graphics