First, traitorous iPhone users (kidding) can enjoy the Assistant's phone-locating "find my phone" action. You'll need to jump through a few hoops to enable critical alerts from the Google Home app, but you'll be able to ask the assistant to find your iPhone if it's lost and the phone will blast a custom ringing sound, making it easier to find when it's stuck inside the sofa. 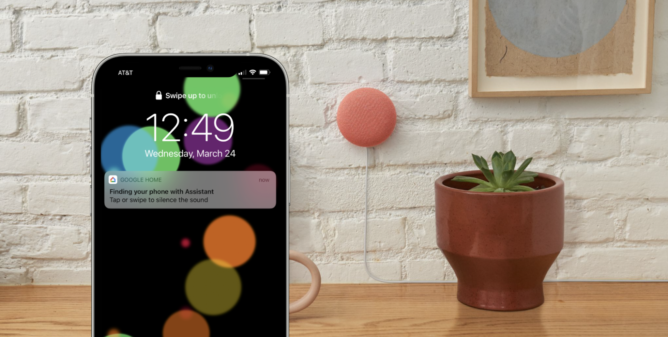 The Assistant is also picking up the ability to pay for takeout food from a handful of select restaurant chains, and the mechanism is actually very interesting. This is separate from the in-app actions support and direct integrations that date back to 2018, it's using Duplex on the web. That means when you order some eggrolls and chicken to-go, when you hit "check out," behind the scenes Google is parsing the partner website and filling out the relevant details, pulling info from Google Pay and Chrome Autofill. Google announced that it was testing using Duplex to order food last October in a pilot program, and this would seem to be the first fruit of that work.

It's not quite as simple as yelling at your smart speaker for some food, though. This feature works via the Google App, is only available at a few participating chains (seemingly including Applebee's), and it doesn't parse your order for you, it just takes care of the checkout process.

Google's been expanding Duplex for web's applications since it first revealed the feature back at I/O 2019, itself based on the original phone-based AI-powered Duplex tech revealed in 2018. Just earlier this year, Duplex finally became available in every US state — excluding Louisiana. 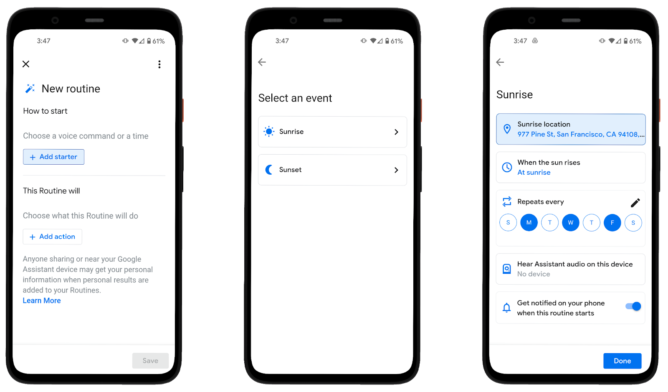 Google's also announcing some "new" routine features for the Assistant, like the sunrise/sunset triggers, which appeared for some of our readers in testing as early as December of last year. Suggestions when setting up the basic pre-built routines like "Good morning" and "Bedtime" will also now appear — as they have for plenty of users since the UI refresh last December. Routines can also be pinned as homescreen shortcuts. Again, if you haven't noticed the trend yet, this first started rolling out in December.

Google loves to silently test features like this — or, from another perspective, re-announce features that folks are already using — but usually this sort of A/B testing doesn't have quite as wide a rollout before an announcement. Either way, they're official now.

Google's also decided to highlight how the Assistant can tell you things about the upcoming Oscars in its announcement, including answering questions about current nominees, predictions, and a cute Easter egg — just ask the Assistant "Hey Google, give me an award," but be sure to have a speech prepared.

Amazon's new Echo Buds might actually be worth buying