Despite focusing solely on music streaming software and podcast production over the last decade, Spotify has secretly had a dedicated device for playback since 2019. "Car Thing," as it's called, is designed to make listening to music in the car more accessible and has been in testing with an extremely small number of users in a closed beta. Although Spotify isn't ready to launch its hardware to the general public just yet, it became much more real starting today. A new version of Car Thing is now available for select Premium subscribers through an invite-only release.

Unlike the tiny gadget we first saw two years ago, this new device looks more like a GPS with a large knob on the front of it. Designed for older vehicles that lack infotainment systems with Android Auto support, Car Thing combines a 4" touchscreen with four customizable shortcuts and the same "Hey Spotify" voice commands that came to the app last week. It includes different mounts for the dash, vents, and CD player, so you have plenty of methods for getting the device hooked up in your car.

Spotify bundles a 12V adapter with a USB-A to USB-C cable in the box for power, but it doesn't plug into your vehicle's audio system at all. Instead, you'll need to sync Car Thing to your phone wirelessly, then connect your phone to your car's audio either through Bluetooth, USB, or an aux cable. 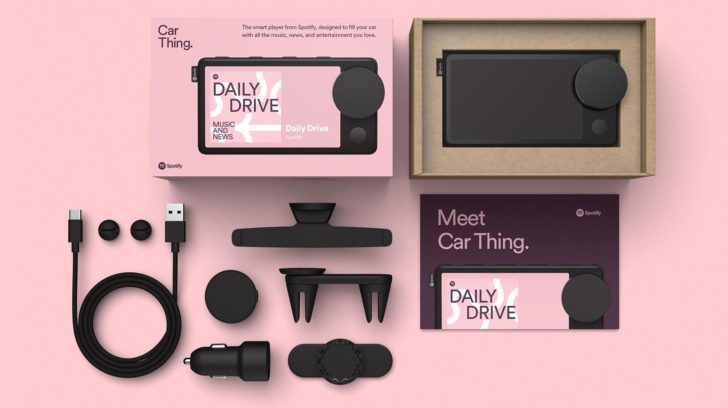 While the dial might match the look of a car's volume knob, it's used to browse through the interface, as well as play and pause music. Meanwhile, you can set anything from mixes to podcasts using the four preset buttons along the top, all in addition to the standard touch controls and voice commands. Spotify says the gadget can hear you over both music and rolled-down windows using four built-in microphones. 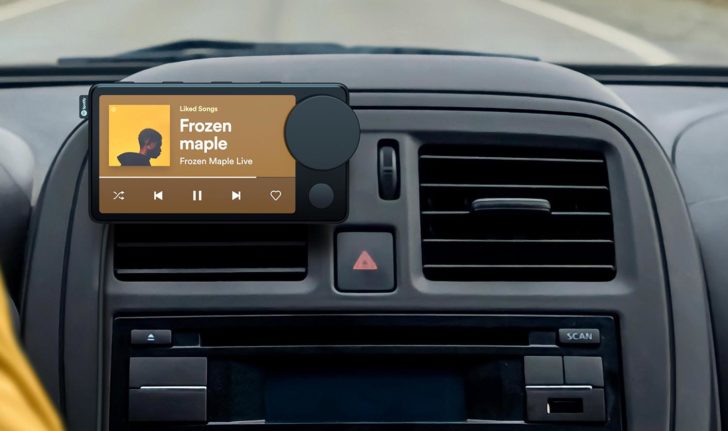 Whether Car Thing could become a success remains to be seen. While some drivers with older vehicles might be excited to get an exclusive display for music, it's unclear what makes this better than sticking with your phone — especially considering the need for extras like navigation apps. If you're planning a road trip, opting for two dedicated displays for maps and music just clutters up your dashboard rather than just keeping one device that can handle both. Apps like Android Auto, Google Assistant's driving mode, and Spotify's own Car View make it harder to justify this as a standalone product.

If you're a US-based Premium subscriber and you want to get your hands on Car Thing, you can sign up for an invite here. Although Spotify expects its gadget to cost around $80 at retail, it's free to users during this limited release. You'll still need to pay an estimated $6.99 for shipping once you get an invite.

OnePlus Health app gets new UI ahead of Watch launch