The transition from Google Play Music to YouTube Music has been a rocky and contentious one. But Google isn't finished axing its media apps just yet. According to updated support documentation, the Google Play Movies & TV app on smart televisions is the next one to get the chop. The phone app was replaced with the newer "Google TV" app in October, but the app will disappear from smart TV platforms as well starting in June.

Google says that the Play Movies & TV app will be dropped from the most popular non-Google smart TV interfaces: Roku, Samsung, LG, and Vizio. (It was never available on Amazon's Fire TV or Apple TV platforms, naturally.) The last day of official support is scheduled for June 15th. Play Movies & TV is already gone from Google TV (the interface for the new Chromecast), replaced with access to Play Store video purchases directly through the interface and on YouTube. 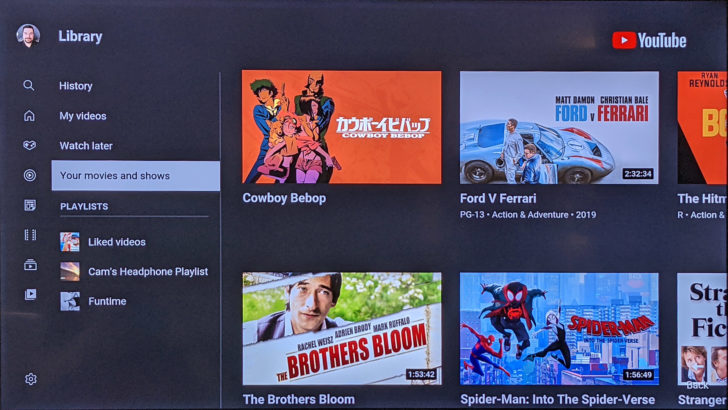 My Play Store movie purchases, available on the YouTube app on my Roku-powered TCL TV.

Don't worry too much: the movies and TV shows you've already purchased from Google Play will still be available on these smart TVs, visible directly in the YouTube app. Video purchases from the Play Store have been associated with Google accounts and playable on YouTube for years (as seen on Roku in the image above), but it appears that the company isn't interested in the extra expense of supporting two apps on so mant different platforms.

Google TV (the app, not the TV interface) remains in active development for Android, though oddly, it hasn't yet replaced the old Google Play Movies & TV app on iOS.