Samsung's mid-range Galaxy A series is deep and wide, much more so than the mainline S series. The latest A phone to break cover is the A82, also referred to as the "Quantum2" in its leaked materials. It's a sequel to the Galaxy A Quantum announced last summer, which was a variant of the excellent Galaxy A71. The leaked specifications describe, as implied by its model number, a phone on the high end of the mid-range.

According to a series of photos posted to South Korean social site Naver, the Galaxy Quantum2 will sport a huge 6.7-inch full HD screen with a rather pedestrian 1080p (plus a little extra) resolution, but a 120Hz refresh rate and an impressive 800 nit brightness on its AMOLED panel. That puts it in similar territory to the Galaxy S20 FE (it's a hair bigger). Underneath is a Snapdragon 855+ processor, similar to the SoC from the S10 series, paired to 6GB of RAM and 128GB of storage. It's also considerably more powerful than the 700-series chip in the Galaxy A72. 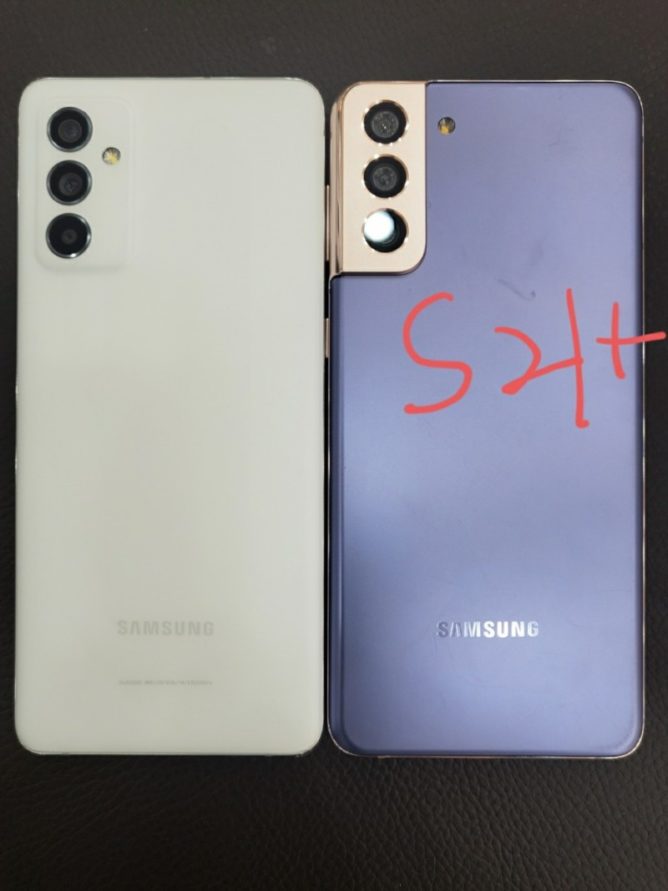 The leaked Galaxy Quantum2 next to a Galaxy S21+

The Quantum2 gets Samsung's semi-standard in-screen fingerprint sensor, an impressive IP67 water resistance rating, and a MicroSD card slot. The 4500mAh battery can recharge at up to 25 watts, and the primary rear camera (of three) is a 64 megapixel sensor with optical stabilization. Alas, the interesting rear camera flip of the original Galaxy A80 seems to be gone, replaced with a conventional centered hole punch for the forward-facing camera. The rear styling, in what appears to be black or white plastic, is a little more subtle than the recent Galaxy S redesign. Note the soft transition to the camera bump. 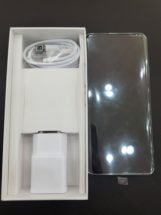 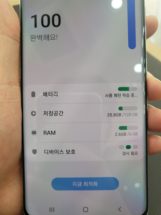 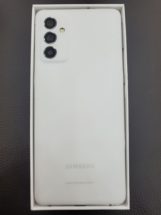 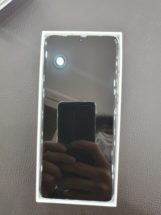 The poster says that this model will be exclusive to Korean carrier SK Telecom, at least at launch, which is expected to come on April 23rd. They say that pre-orders will open on April the 13th with a set of bronze Galaxy Buds Live and a protective case as freebies. An international release wasn't mentioned, but it seems unlikely that Samsung would keep this phone exclusive to its home territory for very long.

The Galaxy Quantum2 (A82) has now been leaked in a full video unboxing posted to SamMobile, along with more images posted to Chinese social media site Weibo. The newest leak confirms most of the specifications already known, which giving us a more clear look at the rear cameras: 64MP primary sensor, 12MP ultrawide, 5MP depth cam. The retail box, notably including a charging brick, indicates that a full release is immanent. 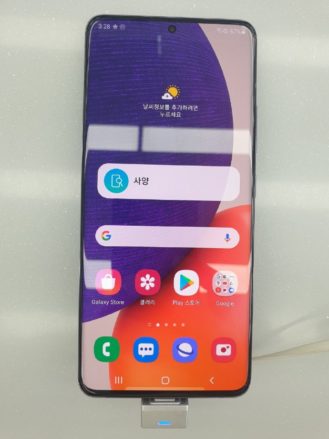 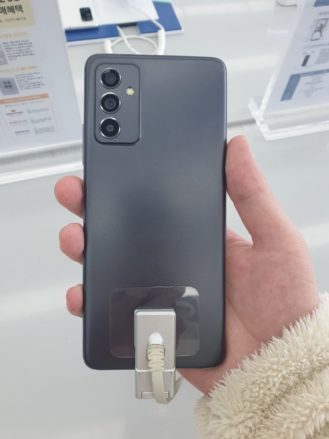 According to SamMobile, the Quantum 2 will go up for pre-order tomorrow with full sales on April 23rd, though price and territory availability still aren't known. So far we've seen white and grey variants.