3D animation isn't an easy task. Each stage in the process is incredibly complicated, often taking large teams of people to create even small animated scenes. Google wants to beginners learn the tool of the trade with a new tool called Monster Mash, a web-based open source project that lets anyone experiment with 3D animation.

As Google explains in its blog, other types of art and creative expression usually have a "casual mode" that allows newbies to quickly experiment with new ideas before moving onto something more complex. Monster Mash does this by keeping the entire creative process two-dimensional, using AI to predict what the final product should look like. 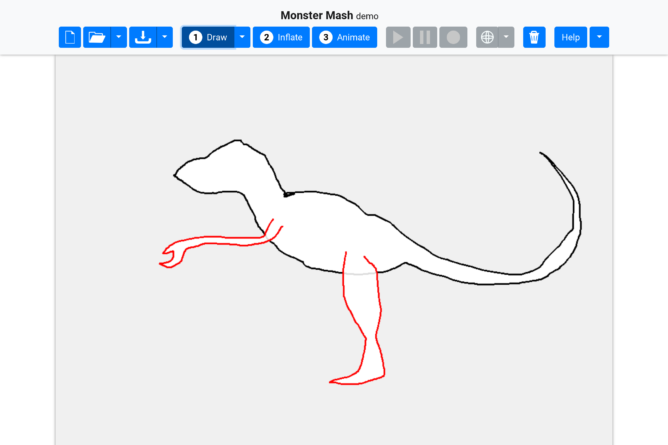 First, you'll need to draw the body of your creature. Then draw each limb, but leave the parts that intersect the body open. This tells the AI that it should seamlessly extend from the main body rather than be a part of it. Double-clicking the limb will highlight it in red, indicating that there should be a mirrored version on the other side of the 3D model. Pressing "inflate" will show you the finished 3D model. 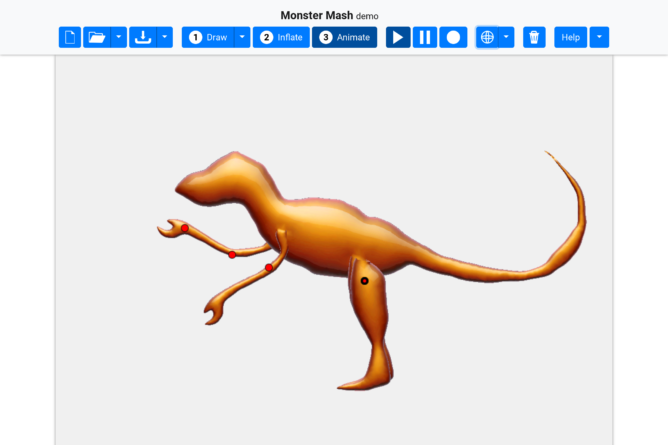 Now you can head to the animate tab and pick the body part you want to manipulate. Here you can move it into whatever position you want and then create more articulation points using the same method. You can record these movements and make complex animations out of them, all thanks to the AI behind the scenes figuring out what you're trying to do. You end up with a much more elaborate animation than you would expect for the time and effort, and this could be a great gateway tool for those wanting to try 3D animation who may find the complexity daunting.

The code behind Monster Mash is all open source and available on GitHub. If you want to try it out online, you can do so here.