Last year, Google introduced new media playback controls for Chrome and Chrome OS, helping you control music or videos playing in the background without opening the respective window or tab. While the feature is already incredibly useful in its current form, Google is looking to make it even better by adding a scrubbing bar and a background matching the album cover or thumbnail. 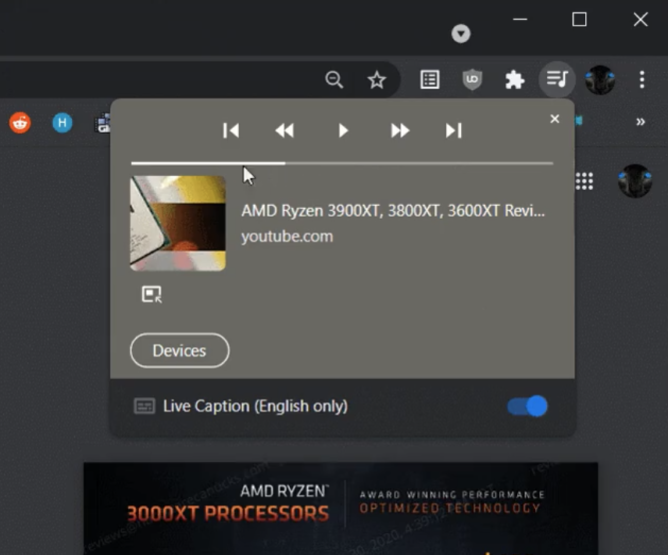 The new media player in Chrome for Windows. Source: Reddit.

The new look is currently hidden behind a flag on Chrome and Chrome OS version 91, which can be activated under chrome://flags/#global-media-controls-modern-ui. On Chrome for Windows (spotted by u/Leopeva64-2 on Reddit), the biggest difference you'll see is the addition of the scrubbing bar and the dynamic background, and the changes are similar on Chromebooks. Like right now, you can pin the controls to your taskbar between the phone hub and the tote, though the top part looks a bit unfinished as of now. The media controls are still integrated with the quick setting tiles by default, a position they only gained in the lastet release of Chrome OS. On all platforms, you'll notice that the album cover and the title are now below the playback controls. 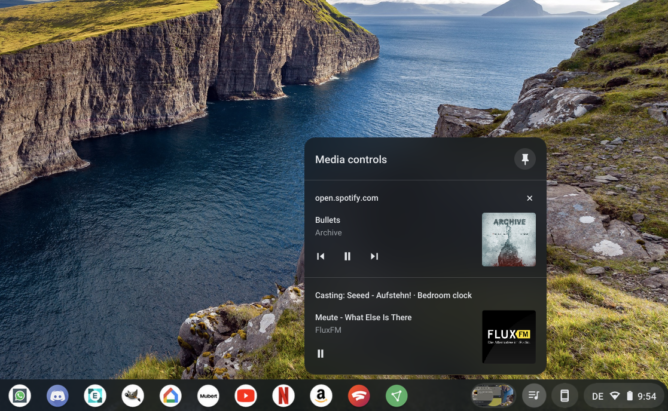 While it will still take about a month or so until Chrome 91 will roll out to the stable channel (we're expecting a late May release), you can already get your hands on the redesigned media player on Chrome Canary, the least stable under-development version of the browser. We wouldn't recommend it for daily usage, but it's the place where you can try out new features ahead of their full release if you're so inclined.