For better or worse, Google has been working on expanding its Lens features far beyond the reach of its dedicated app. While having to deal with added bloat in your favorite apps can be frustrating, occasionally, real improvements still manage to come from mixing software together. If you keep a host of screenshots and documents saved in the cloud, one of Lens's best features is coming to the web to make your experience a whole lot better.

After first appearing in the mobile app last month, Photos on the web now supports copying text from images using optical character recognition (or OCR), as first spotted by 9to5Google. Though users could already export text from a phone to a computer via their Google account, accessing Lens directly on the web removes a step in the process altogether. 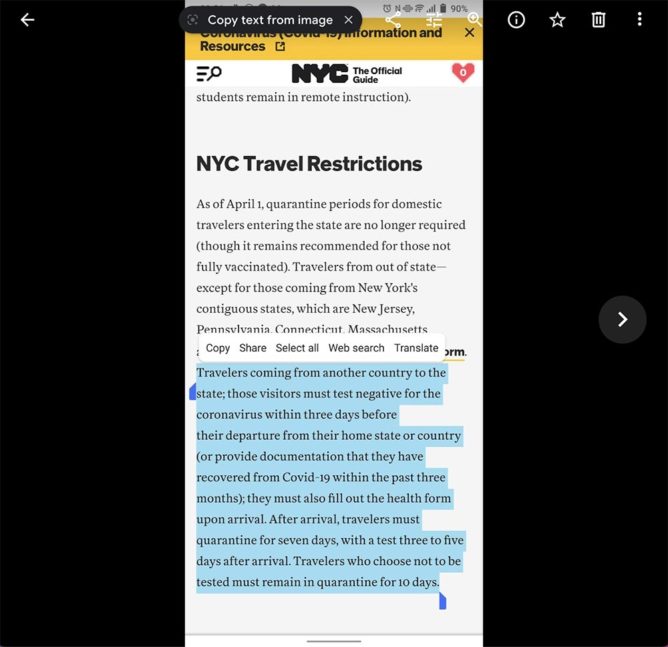 To use OCR in Photos on the web, look for the "Copy text from image" button along the top of any word-heavy photo. Once active, you can drag your cursor to highlight the portion of words you want to export, then click "Copy text" from the menu to the right of your image. Unlike on phones, there's no dedicated way to activate selection in the web client yet, so if your photo is missing the "Copy text" suggestion, you're out of luck. 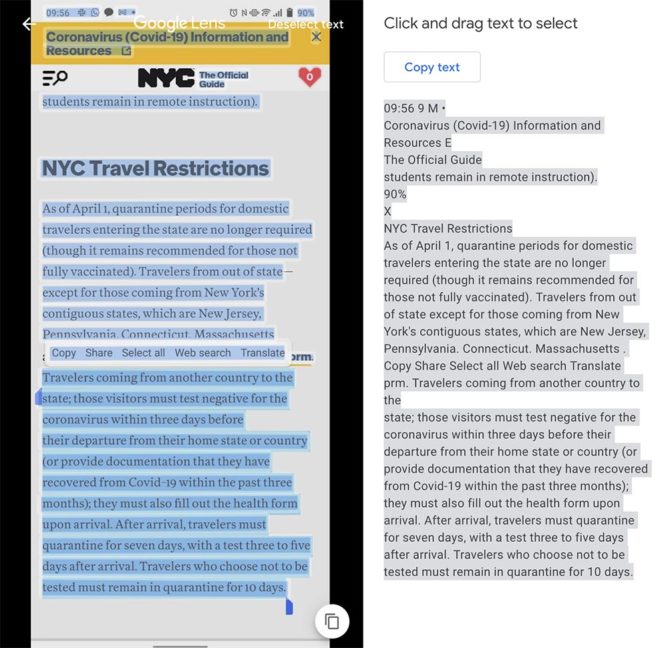 OCR is just one tool Lens offers within Google Photos on mobile, but as for right now, it's the only feature the web version is receiving. Presumably, this is the first in a long line of mobile-exclusive features coming to Google's desktop apps, especially as the company continues to push its image recognition software throughout its products.