Some Pixel owners have noticed over the last couple of monthly updates that their phones have lost Widevine L1 status, falling to L3 and rendering them incapable of playing back some DRM-protected content at high quality. More simply, that means they can't play HD content in apps and services like Netflix. By far the majority of devices are not affected and the cause isn't immediately clear. Google tells us it's aware of these reports and working on a fix, and devices from other manufactures may also be affected.

This is a particularly curious issue for one very significant reason: Sometimes, when phones lose Widevine L1 status, it's not a simple fix. When OnePlus offered to add Widevine L1 certification to the OnePlus 5 and 5T, that required sending phones back in to have them flashed securely with the feature, and when the ROG Phone 3 lost its L1 status, the company also initially asked customers to send units in to fix it — though it was later able to push a software update that addressed the issue.

For context, Widevine is a DRM solution developed by Google and used on Android for secure playback of content. L1 is the highest level of certification, and explicitly requires that the secure element behind it be "installed in the factory or delivered to the device using an approved secure delivery mechanism." The lower L3 method that Pixels affected by this issue are falling back to is less secure — and, in fact, has already been broken.

This issue also a difficult problem to detect outside the reduction in streaming quality, as there aren't any big visible warnings if and when you lose Widevine L1 status. However, you can check for yourself if your device is affected with the DRM Info app, which reports the current Widevine certification level. 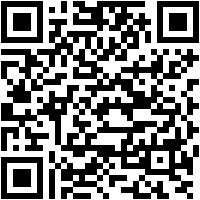 The app is trivially simple to use, just install it, open it, and scroll to "Widevine CDM" and see the entry under "Security Level." the Netflix app also states it indirectly in "Maximum Playback Resolution" in the "Playback Specification" section of the app's settings menu — SD corresponds to L3, Full HD to L1.

A Pixel 5 affected by the issue. Images via Pixel Phone help forum.

Testing our Pixels here at Android Police, none of them are affected by the problem. Reports indicate the issue started happening within the last couple of monthly patches, though a handful of Pixel 5 owners claim to have had the problem since they got their phones. The issue also affects older Pixels, including the 4a series, 4 series. We have not seen any reports for older devices, but they may also be affected.

There's some speculation that those running into the issue may have flashed the Android 12 Developer Previews and then returned to stock.

We reached out to Google regarding the issue some days ago, and we were told it is aware of the problem and actively working on a solution for affected Pixel owners, though a schedule for an expected firmware fix is not yet available — it must first be tested and verified. We're also told that the problem may have affected other unnamed manufacturer devices, so phones other than Pixels may have been bumped down to SD streaming quality for some services as part of this issue. Again, we aren't sure of the precise cause.

Thankfully, few devices seem to be affected, and we'll be sure to let you know when and if a firmer schedule for a fix is available.

Magisk is ending legacy support for some older versions of Android