Not long ago, Google lacked an alternative to Apple's wireless peer-to-peer file transfer system, AirDrop — another factor along with iMessage that keeps users within Apple's walled garden. This led smartphone companies to come up with their own file sharing solutions, such as OnePlus with its own File Dash. Now that Google has added Nearby Share to Android, OnePlus is letting go of its home-grown alternative.

As spotted by a Reddit user, OnePlus ditched File Dash on the OnePlus 9 series that ships with File Manager version 2.6.4.5 (APK Mirror). If you weren't aware of it, the feature allowed users to quickly transfer files between OnePlus phones using Wi-Fi Direct.

OnePlus confirmed this development to XDA Developers, stating that File Dash has been replaced by Nearby Share to provide a "more seamless file transfer experience among Android devices."

While there may be some users who will miss File Dash, preferring a native Android solution is the right way to go, allowing for more interoperability between phones from different manufacturers.

For what it's worth, the feature is still available on the OnePlus 8T and older phones that currently have the v2.6.4.0 of the OnePlus File Manager app. However, this could change with an eventual Play Store update. 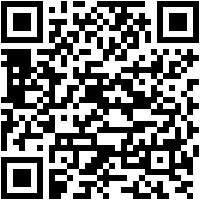