Nokia is preparing a fresh batch of entry-level phones — including those with 5G — for 2021. But in the E.U. and U.K., where the six devices and some wireless earbuds will arrive first, there's more to this announcement than just hardware and new names. 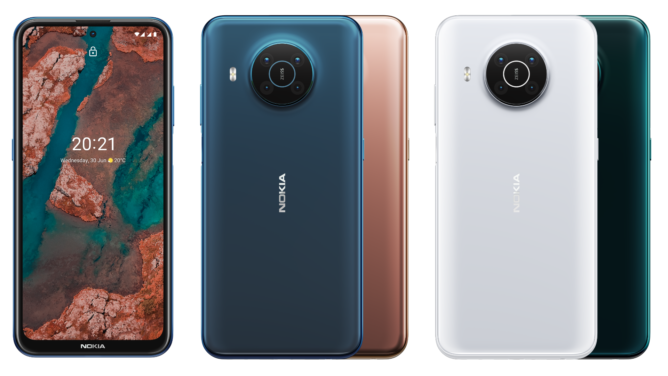 The Nokia X20 (left set) and X10 are phones that share identical chassis and specifications except for the camera and memory loadouts — the X20 gets the more powerful set. They come with Qualcomm's new Snapdragon 480 chipset with sub-6GHz 5G network access and dual-band Wi-Fi. The bodies are equipped with a microSD slot, a headphone jack, NFC, a fingerprint sensor on top of the power button, and a hardware key for Google Assistant.

The X devices are guaranteed 3 years of monthly security updates and 3 years of OS upgrades, bringing these phones into line with Google Pixels and some of the best of Samsung's Galaxy options. 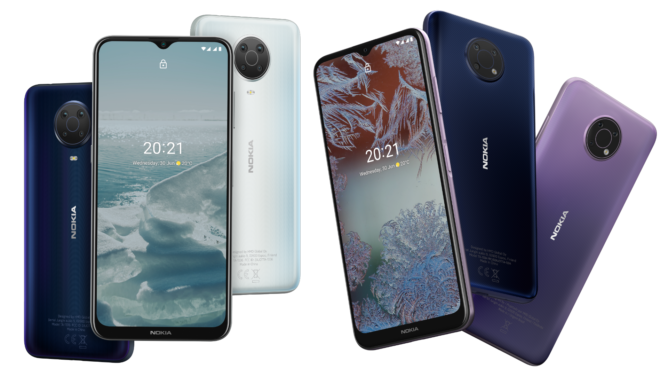 Sliding down the price spectrum by a considerable amount, the Nokia G20 (left set) and G10 are just as similar as the X20 and X10 are to each other with the main priority being multi-day battery life, but within are even more differences that make the capability gap more obvious.

These phones also have a Google Assistant button and a fingerprint sensor as well as an IPX2 rating, good for 7" of rainfall per hour. The G20 and G10 will receive 3 years of monthly security updates, but only 2 years of OS upgrades. 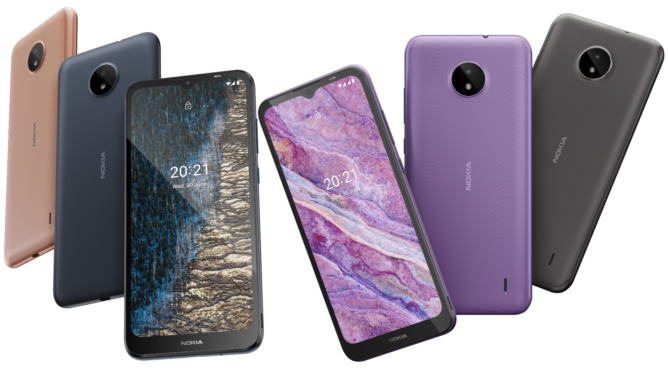 The most affordable devices of the group are the Nokia C20 (left set) and C10. These are meant for smartphone newbies, but that really doesn't excuse the inclusion of Micro-USB ports here.

Whereas the G and X phones are served security updates monthly, the C20 and C10 will get 2 years of quarterly security updates with no OS upgrades promised. That said, the lightweight Android Go software should fly fairly easily on these devices for a long time to come. 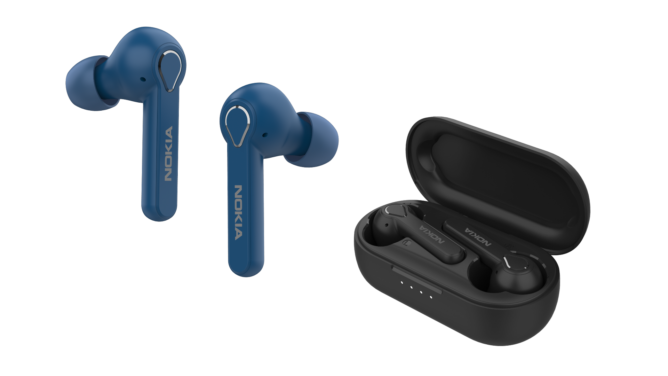 With all of this phone business, there are some wireless earbuds to talk about as well — the truly wireless Nokia Lite Earbuds (BH-105) feature touch controls and 6mm drivers and run on Bluetooth 5 and a 6-hour power cycle. The charging case should provide up to 30 more hours of listening and take a USB-C connection. U.K. sellers will have stock in June for £30 while others around the world are set to sell it for around €39.

U.S. availability details on all of these products are due later.

And speaking of phone business: Nokia parent HMD Global is getting into the British MVNO market starting later this month as HMD Mobile. Devices will be bundled with tariffs that come with unlimited calls and messaging across the U.K. and E.U. and 5G data allowances between 1GB and 25GB starting at £6.50 per month. Prospective customers will see details on the GB pages of Nokia Mobile's site. This move seems like a natural progression from the global roaming program it introduced last year called HMD Connect and a sign that the company is doing a good job in developing a following for mobile services.