We've known for a couple of weeks that Google is working on a new set of true wireless Pixel Buds, and it's rumored that they'll be a mercifully cheaper variant. The "Pixel Buds A" were spotted hanging out at the FCC, with enough info to speculate that they're similar in form factor to the current model. Today Google sent out a promotional image in a Nest email that, apparently, shows off the new buds a little early.

The image is at the bottom of an email sent to Nest customers: a little line of Google products featuring the Pixel 5, the Nest Hub, and the Pixel Buds under "accessories." But the thumbnail of the buds is markedly different than the current model, with a dark green color much closer to forest than the "Quite Mint" version on sale now. This new variant also has that dark green on the interior portion of the charging case and the body-facing half of the Buds themselves, both of which are black on the current model. 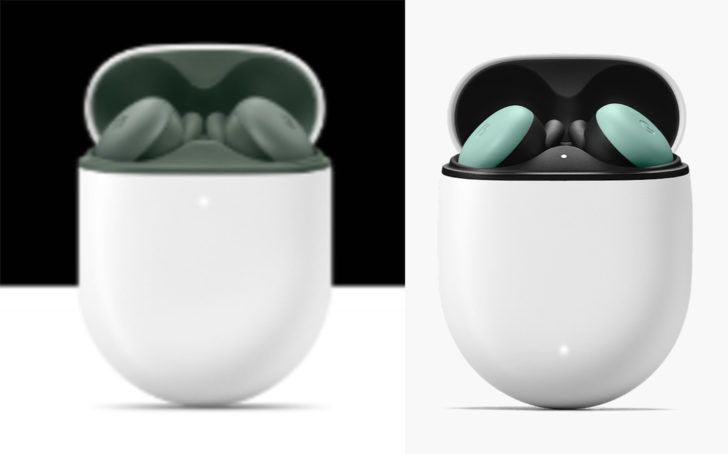 "Leaked" buds on the left, current Pixel Buds in Quite Mint on the right

Lastly, if you look very closely indeed, you can see a more pure white spot just beneath the opening of the charging case. That LED indicator is at the bottom of the current Pixel Buds model. All this taken together is a clear indication of a new set of Buds in development, if not necessarily a cheaper "A" variant to go along with the also-rumored Pixel 5a.

If Google is seeking FCC clearance and has art assets ready, it may be ramping up for a summer release. The Pixel 4a was released in August of last year, with the Pixel 5 and 4a 5G following in late October.

These are LG's never to be released flagship phones for 2021