News that Google's long-awaited custom-made chipset "Whitechapel" may show up in the Pixel 6 still has us excited. It's been so long since we've had something other than a Snapdragon, MediaTek, or Exynos in a smartphone, but there are are many questions over what we can and should expect from Google's first custom smartphone system-on-a-chip. Diving into last year's leaked specs and speaking to some analysts, we do have a few expectations before the Pixel 6 lands in our hands.

Before we go any further, I should point out: everything we know right now is based on leaks, some of which date back to last year. Details may have changed since then, and while I trust the opinions of the experts I spoke to and the judgments they offered, it's possible Google's final hardware could surprise us. Don't take any of it for gospel until Google itself gives us details.

What sort of performance can we expect?

Last year, a handful of key details leaked regarding Whitechapel. Unless things have changed or those details were wrong, it should be an 8-core chipset, powered by 2x A78 + 2x A76 cores as the "big" half of the setup, paired with four smaller A55 cores. On the GPU side, the chip was rumored to use an ARM "Borr" design, which we still don't know anything about — unless it's the Mali G78 and that name was abandoned. (As it was rumored to include A78 cores and the G78 GPU was announced alongside them, that's possible.) 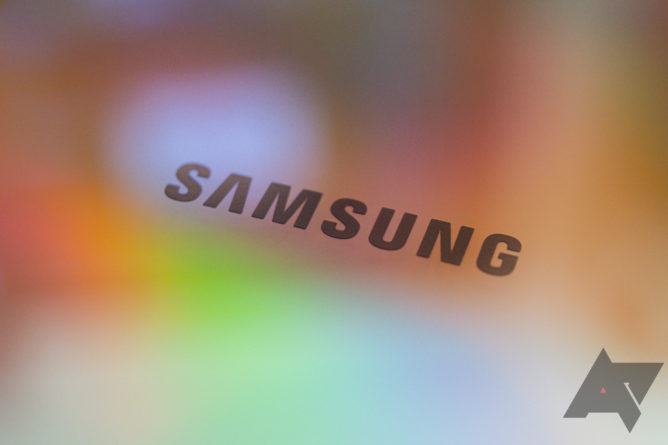 Samsung reportedly lent a hand in Whitechapel's design — plus some software and its fabs.

Other details like clock speeds aren't known yet, but there are a couple other tidbits revealed so far: There will be some sort of heterogeneous compute units optimized for Google's machine learning (likely similar to Qualcomm's Hexagon DSP), plus an always-on section specifically built just for the Google Assistant. The chip will be manufactured to Samsung's 5LPE node, and we've recently learned it will use a handful of Exynos software components as well — which makes sense, as Samsung also played a hand in Whitechapel's design.

Before diving too deeply, there are a few obvious advantages to Google rolling a custom chipset. Speaking to James Sanders, an analyst with 451 Research (part of S&P Global Market Intelligence), this could mean additional power savings, performance improvements, and board-space savings on Google's Pixels. Google's been making some of its own custom silicon for Pixels for a while with things like the Titan M and Visual Core/Neural Core. A fully custom chip means Google can move things like these on-die, and potentially improve the performance of features that use them.

Whitechapel's performance could be close to last-generation's high-end chipsets

In more specific performance insights, I spoke to Moor Insights & Strategy senior analyst Anshel Sag. While, of course, any firm numbers or expectations will require hardware on-hand — or, at least, more specs to go by — there are a few conclusions we can draw. If the prior leaked details are true and there's no custom or super-big cores (like the Cortex X1), Sag believes Whitechapel's performance could be close to last-generation's high-end chipsets — maybe near the MediaTek Dimensity 1000.

In short, Whitechapel may not compete with Qualcomm's latest flagship Snapdragon 888, but it should be an improvement over the Snapdragon 765G in the Pixel 5.

5G isn't a question, but the modem is

Google would be foolish to launch the Pixel 6 (or any upcoming Pixel phones) without 5G support, so that means a 5G modem is a must. So far, we haven't heard that Google plans to develop its own modems — and it's worth pointing out, that's something not even Apple has done yet — so that means Google is likely going to use a modem from another company. The question is: Which?

Speaking again to Anshel Sag (among the greater carrier and 5G experts I know), a Qualcomm modem sounds likely, if for no other reason than given Google's historically close relationship with Verizon in the US.

That goes beyond just Qualcomm's stranglehold on CDMA as well, though that may be a contributing factor. But the biggest reason, is, yet again, 5G. Verizon's been hyping its gigabit+ speed mmWave 5G heavily as one of its few marketing advantages over competitors. Sure, it's only available in a handful of spots, and it's incredibly fickle to use, but it's a big deal to how Verizon presents itself — though we should point out that the company is gearing up to start marketing all its mid-band 5G as "ultra-wideband" in a move straight out of AT&T's "5Ge" playbook. 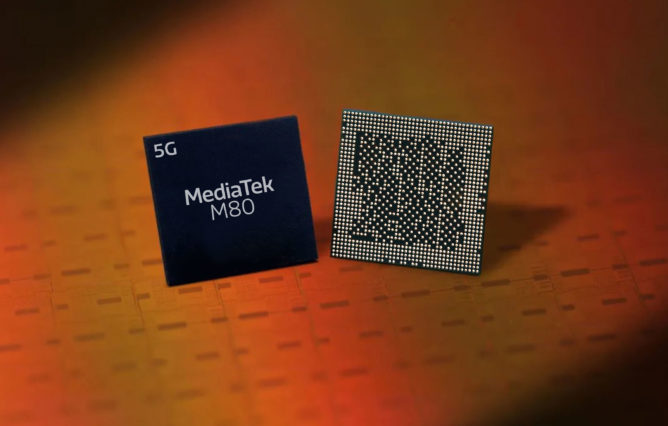 MediaTek has a mmWave chipset coming, but it isn't available yet.

But Verizon is pushing mmWave hard, and if Google is going to keep its historically close ties to Verizon for the Pixel 6, that means it needs to support mmWave 5G. Right now, that means using a Qualcomm modem — though MediaTek does have a mmWave 5G modem planned, it isn't available yet, and to Sag's knowledge, all Android Verizon 5G devices are powered by Qualcomm right now (though some older iPhones do use Intel modems).

In short, Whitechapel will probably use a Qualcomm modem. Sag predicts either the X55, X60, or X65, depending on how future-proof Google wants its next Pixel to be when it comes to carrier aggregation.

An update game-changer or more of the same?

One big hope for Whitechapel is that it could mean longer-term software support for Google's phones. Since the company would then be in control of both the hardware and the software and no longer dependent on Qualcomm to continue support, the move could give Google an Apple-like position somewhat unique among Android vendors. The ultimate wish being a phone that delivers more than three or four years of updates.

There are no guarantees, but Sanders thinks it's a possibility:

"Google has undertaken a lot of initiatives to abstract kernel/driver level encumbrances to long-term support for OEMs, such as Project Treble, as well as a partnership with Qualcomm to extend product lifespan to four years, starting with the Snapdragon 888. Thoughtful integration of hardware and software makes longitudinal support of both easier, and Whitechapel could be a means to that end. As a platform, this could also benefit devices with longer expected lifespans, such as Android-powered TVs."

Sag disagrees, though. While this change unarguably means that Google could support devices longer, there may not be sufficient market pressure to force that goal:

Clearly, expert opinions on the impact of updates are divided, though each perspective makes sense. Personally, I still hope that it means Google will commit to increased longevity. 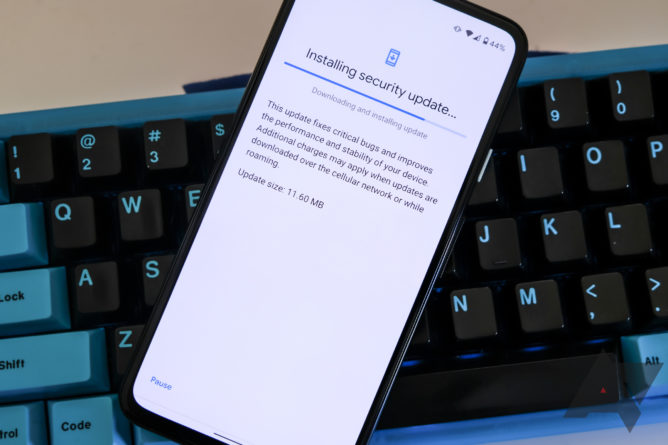 Longer update windows mean customers can hang onto their phones for longer. And sure, Google has done a lot via Treble, Mainline, and even just Play Services to decouple security and features from system updates themselves. However, there are still major updates to consider, and patches regularly address hardware or binary vulnerabilities these components can't fix. And, of course, Apple does it, so why can't Google?

Longer lifespans also keep phones in consumer hands longer, reducing the environmental harm of Google's products both in terms of the materials that go into them, and their impact on trash and recycling pipelines.

The price problem: Will this make Pixels cheaper or more expensive?

There is one last speedbump on the road to Whitechapel, though, and it's one Pixels have already struggled with: price. You might think that developing your own chipset could be cheaper for Google, but a lot of time and money goes into it, and those costs needs to be averaged out into the products the company sells to make things economically feasible. But Pixels, historically, don't sell very well.

Detailed sales numbers aren't public knowledge, but in 2019, Google saw its smartphone sales double with the introduction of the A-series — that might sound good in isolation, but it's much easier to double an already small number. Ultimately, analysts think Google sold just 7.2 million Pixels in 2019, numbers that outsold OnePlus for the year but accounted for a mere 0.4% of the world's market share. The company expected to sell an almost negligible number of Pixel 5s in 2020, producing only three million units between the Pixel 4a series and Pixel 5, and it reportedly sold just 1.5 million Pixels in the first six months of the year.

Put bluntly, Pixels sell in rookie numbers. If Google's just going to move a few million units with Whitechapel, this could be a very poor value proposition for the company, according to Sag:

"The biggest problem that Google has is that propping up your own silicon designs means spending a lot on R&D and amortizing that across a large volume of devices. That is how Apple, Samsung and Huawei are capable off delivering custom designs: they simply ship enough devices and chips to make the cost of development worthwhile. If Google doesn't increase how many Pixel devices it ships, then I could see this custom chip design idea going away very soon."

If done at volume, a custom chipset could work in Google's favor, though, bringing the bill of materials cost for Pixels down with increasing returns the more the company sells. Again, though numbers aren't public and they almost certainly vary from contract to contract and manufacturer to manufacturer, it's rumored that Qualcomm's prices have skyrocketed for flagship chipsets recently, giving Google some motivation. 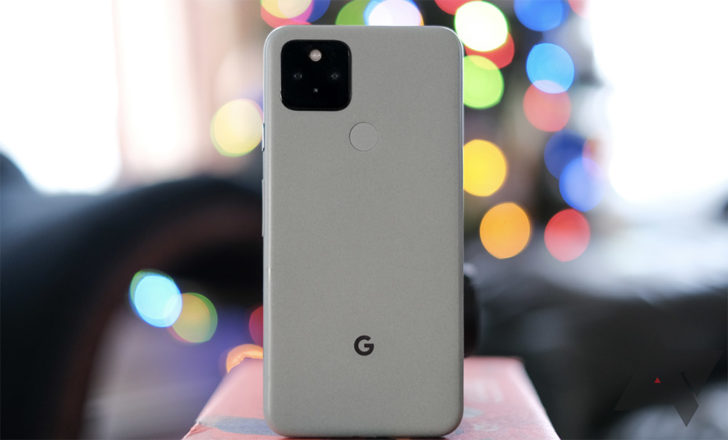 Samsung and Huawei sell at volumes that sustain custom chip designs. Can Google — and does it need to?

We should point out again that Samsung participated in the chip's development. For all we know, it could be a customer as well. Other companies could also be interested if Google opens things up.

James Sanders thinks that last bit is key: This chipset and other successors to it could end up in Chrome or even WearOS hardware — even more than in the case of Android, Google is responsible for software support for those devices, and that extra vertical integration could be a big benefit.

As the costs to develop custom chipsets comes down, Google's move with Whitechapel could also be the beginning of a general market trend — much to Qualcomm's chagrin. Apple's move to ARM for its Mac lineup may even prognosticate a broader decline in chipset and CPU-only vendors. But in the mobile space, Sanders see it as a natural evolution of the scene beyond ARM's big new custom core program:

"Apple has touted its own custom silicon efforts, while Microsoft has worked with Qualcomm on customized chips for the Surface X tablet. Google has experience with custom silicon for Google Cloud Platform, and this development seems like a natural progression for Android and Pixel."

It's been a long time since a new company entered the Android smartphone chipset market, and I am terribly excited for the potential Google's Whitechapel could bring to the Pixel 6. There's still so much we don't know that could change any of this speculation, and so much will come down to how well Google's new chip performs, but I am cautiously optimistic. I just hope the next Pixels that get it sell well enough for Google to continue with a Whitechapel 2.