Chromebooks make for good laptops if you're heavily invested in Google's ecosystem of apps and services. If you're looking to get one now, you might want to check out the recently-launched Galaxy Chromebook 2 that's available for $100 off, starting from $449.

The deal is currently live on Best Buy and Samsung's store and is valid for both the Intel Celeron and Core i3 models. Samsung has toned down its ambitions, so the Chromebook 2 is not as extra as its predecessor — there's no 4K OLED display or any higher-end configurations. There's no S-Pen, too but, if it's any consolation, there's support for USI Pens.

What you do get is a 1080p QLED touchscreen display, up to 8GB of RAM and 128GB of expandable storage, an H1 security chip, and an improved backlit keyboard. 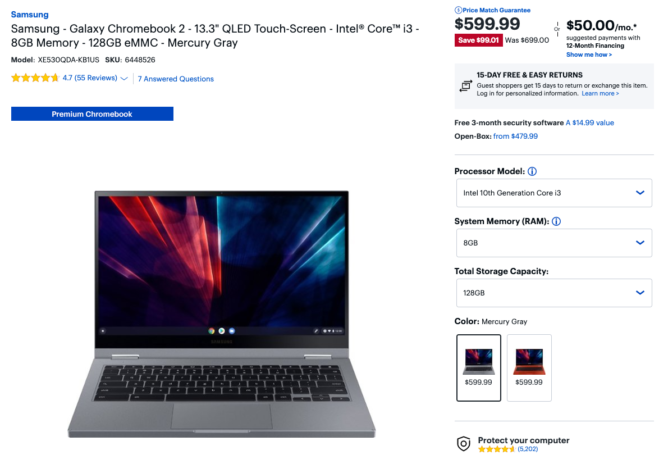 Thankfully, Samsung has stuck with the eye-catching orange colorway that helped set the original Galaxy Chromebook apart from competitors. You can also opt for a more discrete gray, though.

This could be a limited-time deal, so we'd suggest you act quickly.