Chromebooks have an incredibly barebones video player interface that hasn't changed much over the years. It looks like Google finally wants to change that. The company is testing a much prettier video player in Canary, complete with enhanced, floating controls. 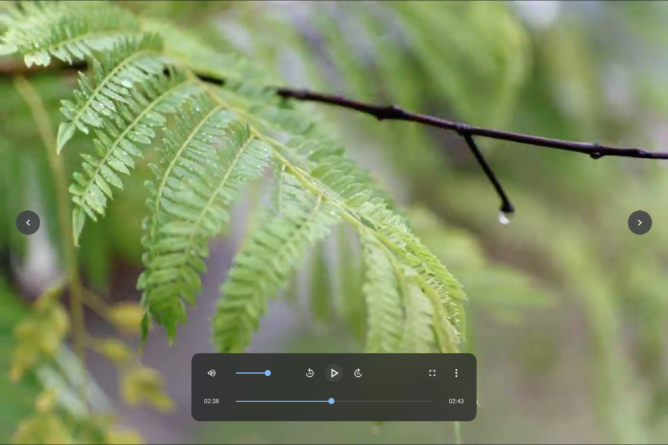 While the current video player experience is based on Chrome's aging HTML5-based video plugin, the new solution defers playback to the Media app that's also used for image viewing. In contrast to the old interface with its long scrubbing bar with a black to transparent gradient beneath it, the new UI gains a QuickTime-like floating box at the bottom with all the controls in it: play/pause, scrubbing, system-independent volume, full-screen, and brand-new skip forward and backward by 10 seconds buttons. The interface looks pretty sleek given that it's still in early testing, though there are still some glitches. 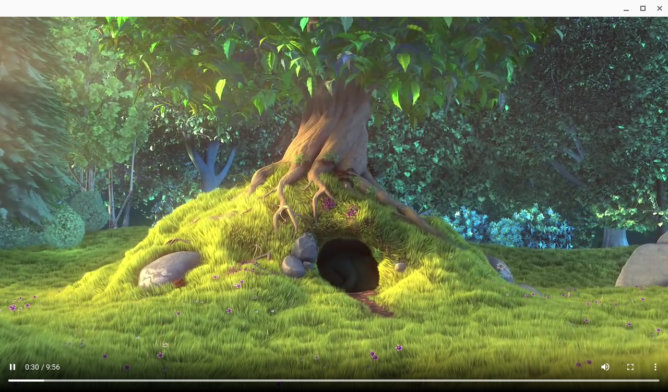 For comparison: The current video player.

In the overflow menu, there are PIP and looping options and evidence that the app will be able to load .vtt subtitles at some point, though that doesn't work for us yet. Maybe this will finally give us a native solution to cast subtitled content from Chrome?

The new player is currently live in Chrome OS Canary, version 91.0.4463.0, and has to be enabled via the Media App Video flag (chrome://flags/#media-app-video).

Kent Duke contributed to this article

The smart light bulb problem no one is talking about