When a product is priced significantly higher than its competition, there are two potential reasons: either A) it's a legitimately superior option, or B) the company that makes it knows its target demographic will pony up regardless of how much it costs. Most luxury goods are some combination of the two (think Apple or Tesla). Bang & Olufsen's second-generation Beosound A1 also fits that bill: at $250, the Bluetooth speaker hardly reinvents portable audio — but it does everything it does so well, I'm inclined to put it more in column A than column B. I love this thing. 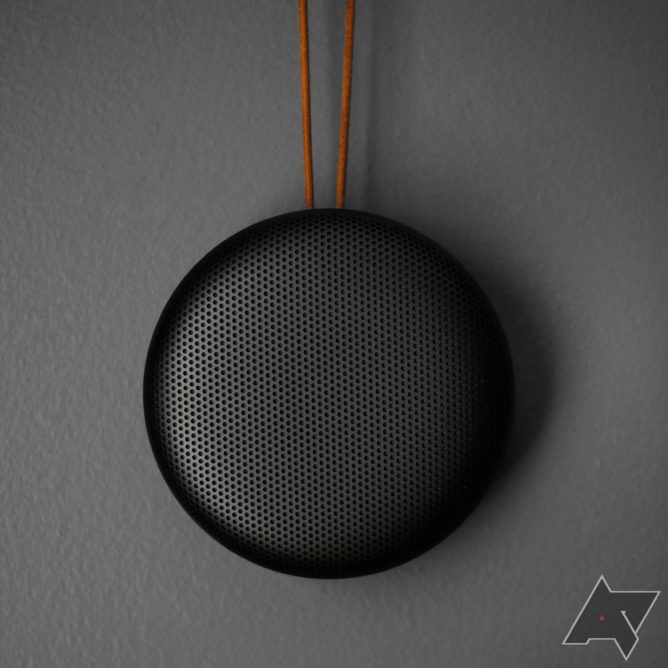 The A1 was designed by Cecilie Manz, a renowned industrial designer whose work has been featured in New York's Museum of Modern Art. Its top side is made of hydroformed, pearl blasted aluminum. Bang & Olufsen tells me it's important to the company the materials its products are made of be "honest" — for that hydroformed aluminum to feel like aluminum, for the plastic the A1's underside is wrapped in to not to try to hide that it's plastic.

If none of that means anything to you, I'm sure not judging — but these are the kind of esoteric details that inform B&O's design philosophy. The 96-year-old Danish company makes no bones about its luxury status; it creates high-end products for discerning consumers who care about things like which venerated Scandinavian designer personally crafted their Bluetooth speaker's chassis. 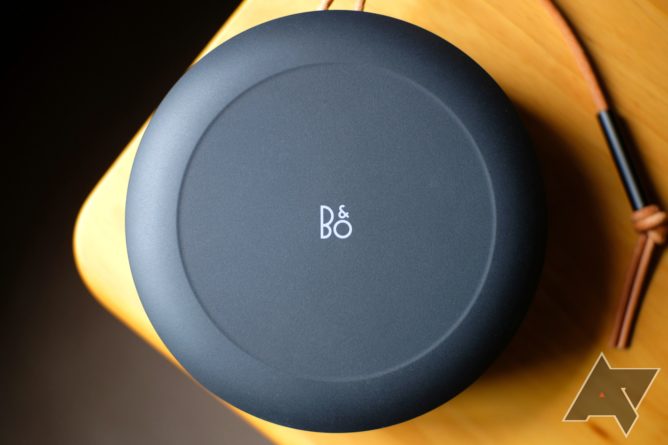 In the case of the A1 in particular, the practical result of that fastidious attention to detail is a very nice little speaker. It's a sort of thick puck, a little over five inches across and just about two inches deep (imagine a chunkier Nest Mini or a big ol' hamburger patty) with a grille covering its entire top surface. Controls and a USB-C port can be found around its perimeter, as well as a leather strap that B&O says is "waterproof." I don't know about that, but the speaker itself is IP67 certified, so it should survive all your very Instagrammable camping trips. It comes in five colors: Gray Mist, Gold Tone, Black Anthracite (seen here), Pink, and Green. At over a pound, it feels really solid.

Inside, there's a surprisingly large 3.5-inch woofer (a bit bigger than the one in the Nest Audio) paired with a 0.6-inch tweeter. It's got three microphones hidden in its grille (up from one in the first generation), and a 3,000 mAh battery that's 36 percent larger than the cell in the first A1.

In the box, you get the speaker, some literature, and a nice B&O-branded USB-A-to-C cable. 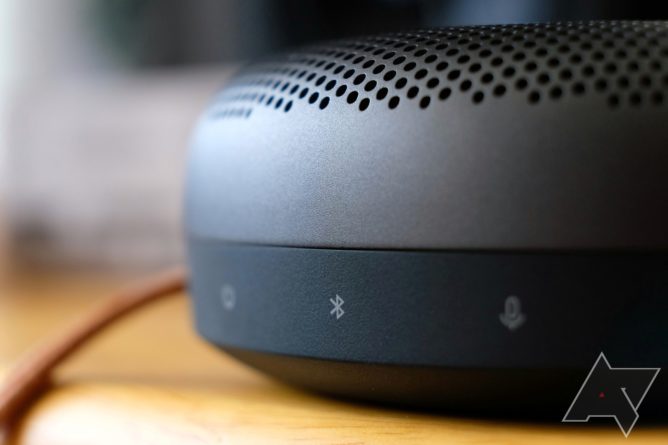 The A1 is very well rounded, feature-wise. It's got Bluetooth 5.1, and you can connect it to two source devices at the same time. Using the Bang & Olufsen app, you can pair two A1s together to get a very expensive mobile stereo setup. It's also the company's first Alexa-compatible device. If you enable the setting in the B&O app and have the Alexa app set up on your phone, the speaker will listen for the hotword and do all the normal Alexa tricks. That's a boon for folks in Amazon's ecosystem, but there's no Google Assistant option — a personal bummer for me and anyone else who primarily uses Google services. (B&O says you can access your device's non-Alexa default voice assistant using the microphone button on the A1, but I haven't been able to get that to work.)

B&O claims you can get 18 hours of listening out of the A1 at typical listening volumes. I'm always skeptical of claims like that, but after spending some time with the speaker, that estimate feels like it might even be on the low side. The thing just goes and goes: after my first hours-long listening session, I was surprised to see it sitting comfortably at 85 percent. I've only charged it twice across several weeks of regular use. 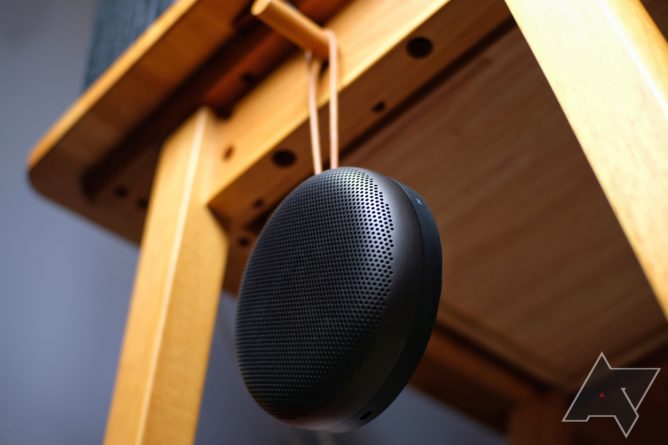 And it sounds incredible. At the price B&O is charging for the A1, I was expecting to be impressed, but the volume and fullness the little guy pumps out are really extraordinary. Highs and mids are airy and crystal clear, and bass thumps in a way that genuinely surprised me. At half volume, you can actually feel the air the woofer is moving with your hand a few inches from the speaker's grille. It won't fill your house, and if you crank it much past 65 percent, you'll start losing detail, especially in the low end — but still, for small gatherings or listening in enclosed spaces (say, home offices), the A1's sound is extremely robust. Bang & Olufsen's default tuning is nice and not aggressively bassy, but if you want to tweak it, you can do that using the companion app. 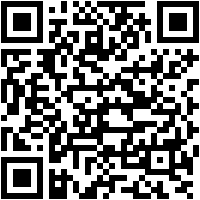 B&O Beosound A1 (2nd Gen)
8.5/10
If you can afford it, yes. Is the A1 the most economical way to spend $250 on personal audio gear? Absolutely not. Beefier Bluetooth speakers from companies like Ultimate Ears are cheaper, you can get a pair of Nest Audio for $180, and even the now-discontinued Google Home Max is still easy to find for only $50 more, to say nothing of regular, dumb wired speakers.

But for its size, I don't know if you can find a better-sounding portable Bluetooth speaker than the second-gen A1. It's also very handsome, and its high-quality materials and IP67 rating mean it should last for years to come. If you've got the cash and the A1's design and features speak to you, you won't be disappointed. 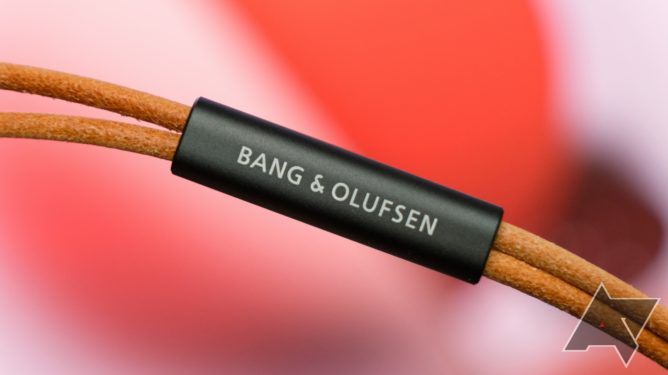