How do you get excited about something as utilitarian as a battery pack? We've reviewed plenty of them here at AP over the years, and generally it comes down to measuring the specs: What charges the fastest, puts out the most power, and has the largest capacity? But while anybody can construct a big, fast battery, when's the last time you chose a battery for its design, or because of its advanced features? With a slick-as-hell cyberpunk aesthetic and real-time detailed performance feedback, the crowdfunded STORM 2 is making me seriously reconsider what I look for in a battery.

Like so many batteries before it, the STORM 2 is a rectangular cuboid, here measuring about six inches long. On one of the short ends we find a mess of input/output ports: two USB-C, one standard-A, and even a DC barrel connector. So far, that layout sounds pretty standard, but the actual design of this battery is anything but. 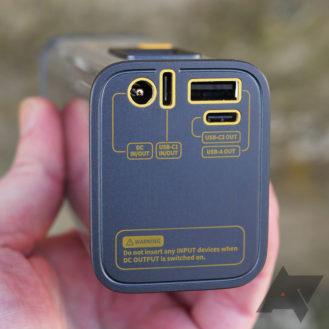 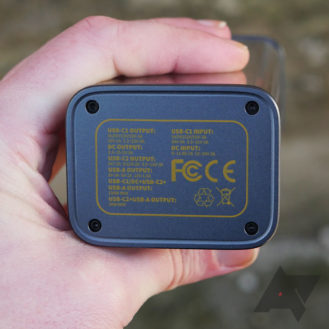 All your input/output ports (left); remove this end cap to access a hidden reboot button (right)

Instead, the STORM 2 features a unique see-through design, where all but the battery's end caps are made from transparent plastic. That gives you a direct view of the unit's guts, including the main circuit board and the individual battery cells themselves. This is just six kinds of cool, in the best, nerdiest way. And for the icing on the cake, we get a crisp, colorful, tiny 1.14-inch screen on which you can monitor input, output, and control the battery's settings.

Between the exposed circuitry and external display, this thing was already looking a little bit sus (in a "these guys know they're building a time bomb, right?" kind of way) ... and then we get to the power storage. The STORM 2 uses an array of eight 18650-type cells for a total of 99.36Wh capacity. Now, I'm not saying that the engineers behind this pack specifically chose to use red battery cells because they look a bit like sticks of dynamite, but I'm sure glad they did. 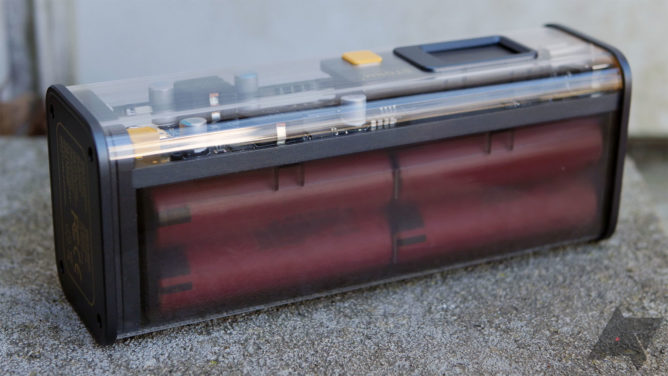 While this thing is technically airplane-OK, I think I sure would feel like a bit of an edgelord trying to go through security with the STORM 2. That sentiment seems to have been shared by Kickstarter backers, and the project has now been upgraded to include an explicit airline-safe notice for the battery.

Overall, I really like the STORM 2's design. From the component layout, to the smart black-and-gold color scheme, most of this really succeeds for me, and I think it definitely hits the cyberpunk look the manufacturer was going for. The only bit that gives me pause is the transparent exterior itself, both in that it has a slightly striated appearance that I don't love, and that it's not very deeply set back from the end caps. I'm worried about it getting scratched during casual use, and it's already picked up a few.

As a crowdfunded project, extras have been unlocked as supporters hit stretch goals, and as of the time of publication, the STORM 2 is set to come with both a USB-C cable that matches the battery's color scheme, as well as that airline-safe sticker. And as a last-minute addition as the Kickstarter winds down, a third stretch goal was just achieved, adding a canvas carry bag to the package. 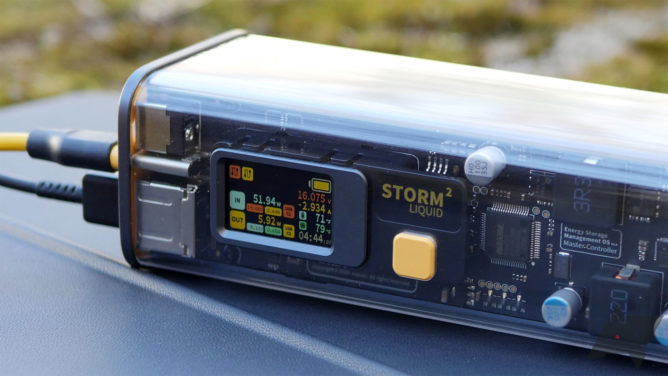 The tiny LCD screen packs in a ton of data, while still looking nice and clean.

The STORM 2 boasts 100W USB-PD in/out support, and while I don't have any single device (nor even pair) that pushes limits quite that high, so far everything I've thrown at it has been able to take advantage of the highest power rating they support.

But what's really cool about this battery in particular is just how much data it gives you about not only itself, but all active input and output channels. While your phone may only indicate "charging" or "fast charging," the STORM 2 steps up with second-by-second details: voltage, amps, and total wattage.

There's a fascinating amount of data packed into this tiny screen, including which in/out ports are active, battery and circuitry temperatures, and remaining battery capacity broken down six ways from Sunday: a simple percentage view, overall voltage/ampere output, and even voltage checks on individual battery banks. None of this info helps things charge any faster, but it's really refreshing to have this level of insight into what your battery's doing, rather than it just being a black box that electricity goes into and comes out of. 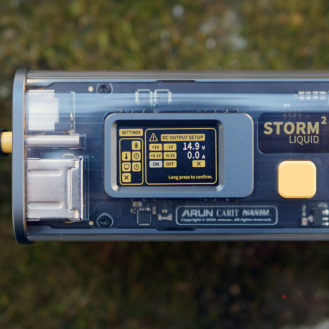 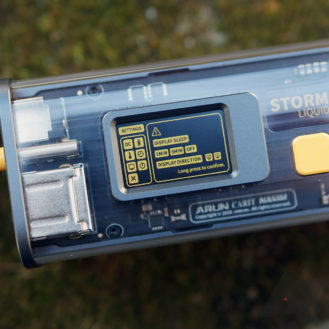 A feature-rich menu adds quite a bit of depth to the STORM 2.

The whole interface is controlled with a single button, with short clicks to advance through menus, and longer presses to select options. Besides checking on battery stats, you can also adjust settings like display orientation, temperature units, and sleep timeout. That's also how you can control the barrel connector's variable DC output.

That one offers 3.3-25.2V, for compatibility with a range of devices — but finding something to take advantage of it can prove a little difficult in our everything-USB world. Still, I love that it's there, and so configurable — you can even use this as an input for charging.

And of course there's pass-through support, letting you recharge the battery at the same time you're distributing power to other devices.

Sure. If you're just looking for a nice travel-sized portable battery pack, the STORM 2 has what you need: just about 100Wh capacity, combined with 100W USB-PD support for fast charging and recharging. That on its own makes for a solid battery, but here the eye-catching design and data-rich display really elevate the STORM 2 above its peers. After spending a few weeks with this battery, I feel like I'm at a bit of a loss when using my old one, which just had four LEDs to indicate remaining capacity. With the STORM 2 I'm able to enjoy a lot more certainty as to exactly what I'm able to get done before I need to recharge.

Right now the Kickstarter campaign for the STORM 2 is winding down, set to wrap up on Thursday, March 25 — just hours from now as we publish. While the battery claims to represent a $200 retail price (a level at which there's some more serious competition, including units with versatile AC power output), you can still fund it at the $109 level, which for what you get here feels like a solid value. Keep in mind that doesn't include a charger, but the campaign does let you bundle in a 65W option for $139 total. 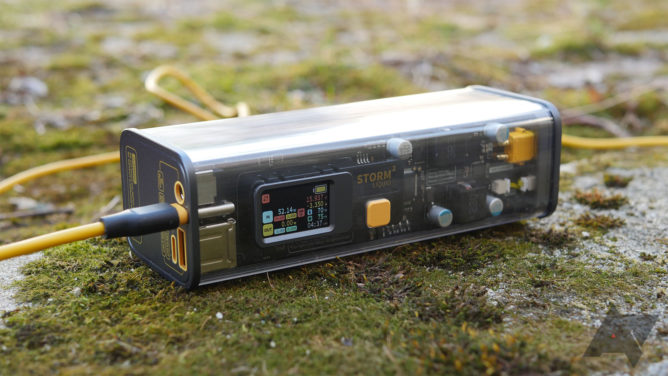