What with a billion or so people spending almost all of their time at home over the last year, it's no surprise that there's been a boom in the practice of medication. Popular guidance app Balance has been exclusive to iOS since 2019, but that exclusivity ends today. A beta version of the app and paid service is now available on the Play Store.

Balance comes from Elevate Labs, and it's considered a competitor to Calm. The app focuses on guiding users with visual and audio cues, not requiring video or a live coach. Balance creates a profile for users by asking a series of questions about goals and habits, a la a weight loss program, then tailoring mediation sessions for relaxation, focus, sleep, et cetera. The process is designed with the help of professional mediation coaches.

Trying out the app, it seems competent enough, with a soothing, easy-to-use interface and a solid layout. The initial meditation session plays soothing music and issues instructions in a melodious voice. It's sort of an incredibly chill version of a Peloton session. I confess, I've never seriously attempted meditation before, so consider these impressions for what they're worth.

All this help doesn't come cheap. While Balance is less expensive than a personal coach, it's still fairly pricey at $12 a month or $70 a year. But the app does offer frequent discounts: just trying out the app for this story, it presented me with a free year of the service. 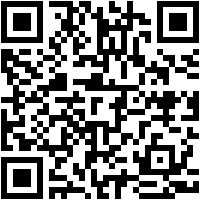