The OnePlus Watch was just officially announced yesterday following a very on-brand drip-feed of leaks and teasers. At $159, it already looks like a strong value — but if you want an even stronger value, OnePlus has a voucher you can claim up until the day it launches to save 20 bucks.

OnePlus's upcoming wearable doesn't run Wear OS, but it does do everything you've come to expect of a smartwatch: notification mirroring, activity tracking, and heart rate monitoring, among other features. OnePlus also claims the watch will last a staggering two weeks on a single charge — but it's yet to be seen how true that is. 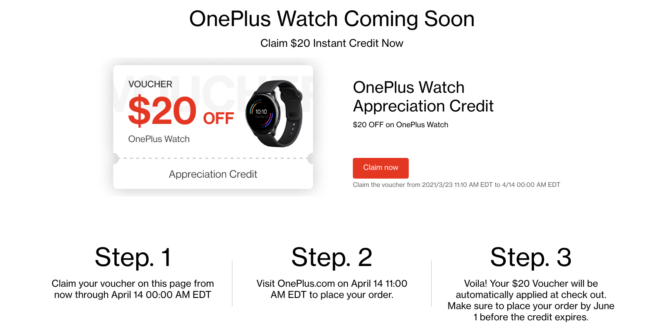 You won't actually be able to purchase the watch until April 14, but you have between now and that date to claim this $20 voucher (you'll need a OnePlus account). Once the watch is available, you'll have until June 1 to buy one. Your voucher will automatically be applied to your purchase.

Crash Bandicoot: On the Run is available on Android a day early

STORM 2 review: The coolest-looking, most data-rich battery around