We've been hearing about a OnePlus smartwatch for well over a year now, and the company even had a working prototype all the way back in 2016. Following leaks upon leaks and teaser after teaser, the company is finally ready to make the elusive product fully official. It has just released the OnePlus Watch alongside its new phone series.

The OnePlus Watch looks like an ordinary timepiece with its 46mm case, the top covered by 2.5D curved glass that smoothly curves into the casing. The Classic Edition comes in an unobtrusive black stainless steel casing, complete with an easily replaceable standard-size silicon band, making it a timekeeper that goes well with suits and gowns but also with sportswear. And it looks like OnePlus really wants to offer the best of both worlds. 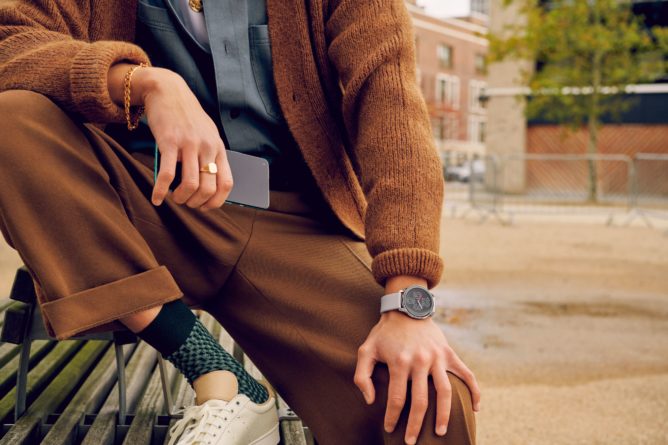 Its custom software (no Wear OS) introduces a healthy mix of general smartwatch features such as notification mirroring and responding, on-watch phone calls, and local music playback to Bluetooth earbuds. The watch can even connect to the OnePlus TV to function as a remote, and it automatically lowers the volume when you receive a call and turns off the TV when you fall asleep. You can choose from more than 50 watchfaces, and some of them can be customized to be based on your phone's design. On the fitness front, it lets you track more than 110 individual activities while giving you details on metrics such as your pulse, distance, calories burned, speed, and SWOLF efficiency (for swimmers). There's also built-in GPS, making it easy to leave your phone at home while you're out running. Blood oxygen saturation monitoring, stress detection, breathing training, rapid heart rate alerts, and sedentary reminders can all be managed via the OnePlus Health app. 5ATM waterproofing and an IP68 rating are also on board. OnePlus describes its software as a real-time operating system (RTOS), an OS designed to process data as it comes in. It's an approach used in many low-power fitness trackers and wearables, and judging by the battery life promises alone, it seems to be worth trading it for Wear OS. OnePlus promises up to one week of battery life on a single 20-minute charge of the 402mAh big battery, and up to a day's worth of battery life after just five minutes of charging, though these metrics probably change once you introduce the on-board GPS to the mix. When you fully charge the battery, OnePlus promises up to two weeks of usage without having to top up.

OnePlus is also releasing a limited Cobalt edition with materials usually found in luxury watches. As the name implies, it's made of cobalt alloy, a material that's twice as hard as stainless steel and more corrosion resistant. Its watchface is made from sapphire glass, which is more scratch resistant than regular glass, and it comes with a leather strap.

The OnePlus Watch Classic Edition starts at $159 (£149) — an incredibly competitive price, especially when you consider the two weeks of battery life. But it still remains to be seen how well the product holds up to the promises that were made, and we've yet to hear more about compatibility, the processor, and performance. The watch be available in Midnight Black on OnePlus.com starting April 14. Details on European availability and other editions are to be announced over the next few weeks.