Chromebooks are gaining steam all over, recently surpassing Apple computers in total sales. But their bread and butter has been, and remains, the education market, where fleets of cheap, easy-to-service laptops are a godsend for teachers and IT administrators. Today Lenovo is announcing no less than four new Chromebook laptops, all iterations on existing models, and priced between $299 and $429.

All of the new laptops feature USB Type C ports and rapid charging, HDMI ports, and optional upgrades for Wi-Fi 6. There's also a physical camera shutter, as seen on Lenovo's ThinkPad line, which should be a comfort for parents whose children bring school-issued Chromebooks home with them. All of them will be available for purchase in May. 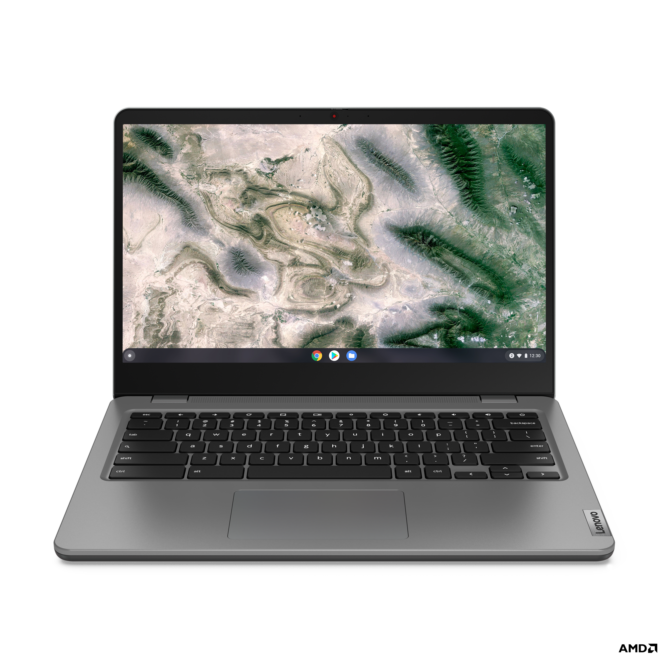 A midrange model sporting an "AMD Processor for Chromebooks" (presumably a low-end Athlon dual-core model, at this price), this 14-inch laptop has a conventional clamshell design. Screens start at "HD" (probably 720p) and go up to full HD, with an optional touchscreen upgrade that also boosts brightness. RAM goes up to 8GB (the first generation started at 4GB), with storage up to 64GB. The webcam is a little pokey at 720p, but should suffice for conferences, and the ports included are generous. There's USB-C for charging and data, two standard USB-A ports, a headphone/microphone jack, and a full-sized HDMI port—which is getting harder to find. 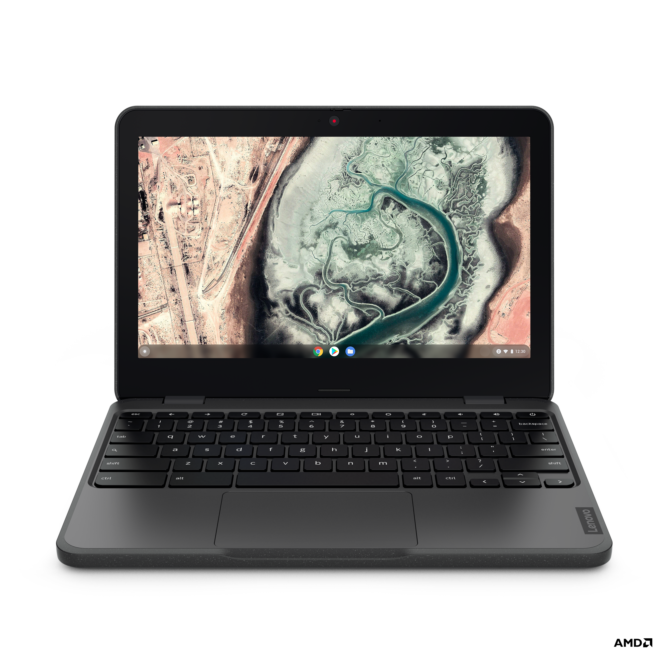 The cheapest of Lenovo's Chromebook lineup, this 11.6-inch laptop tops out at 1366x768 resolution, with 4GB of RAM and 32GB of storage and no upgrade options. It's using an AMD processor, a 720p camera, and a standard clamshell hinge. Surprisingly, it gets the same USB-C/USB-A/headphone jack/HDMI port layout as the 14e, plus a MicroSD card reader. Its single non-touch configuration will cost just $299 when it comes out in May. 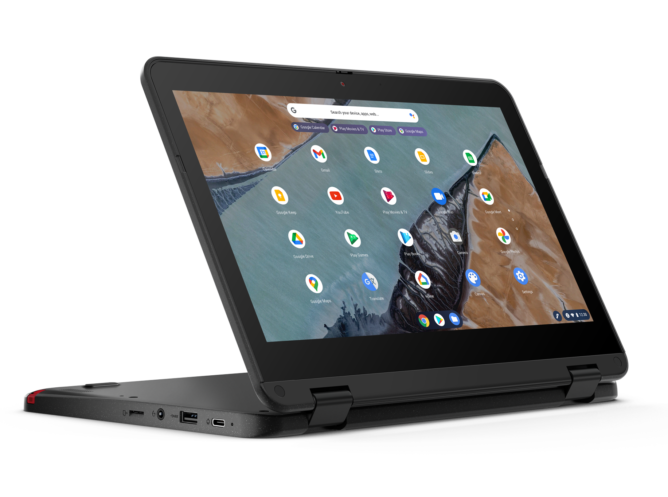 This more premium variant of the 100e is still running AMD silicon, but it has a standard convertible touchscreen design made with Gorilla Glass, and a pop-out stylus for writing. It gets an optional bump to 64GB of storage and a likewise optional 5MP "world-facing" camera, though the 720p webcam and non-upgradable 4GB of RAM remain. It'll cost $359. 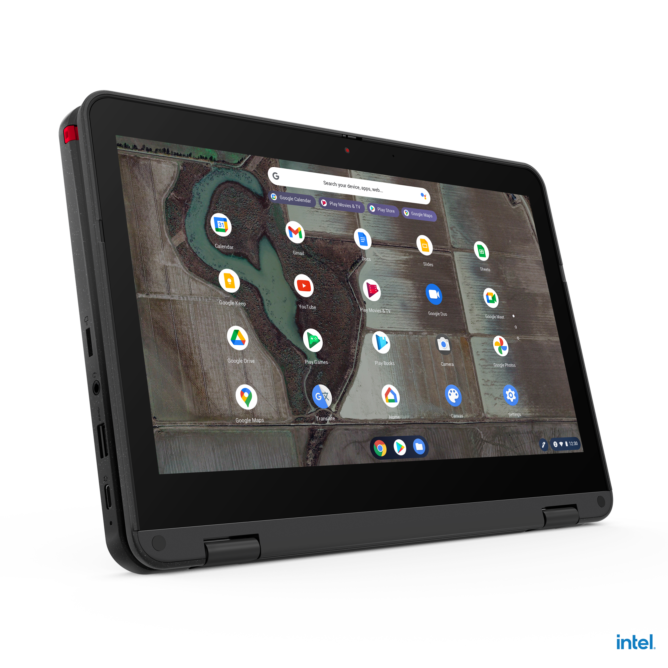 The 500e uses the same chassis as the cheaper models, but swaps out AMD for an Intel Celeron N5100 processor. Lenovo doesn't have full specs for the Chromebook version of this laptop, but the Windows variant can be configured with up to 8GB of memory and 128GB of storage, with the external camera standard. It'll cost $429.