Say what you will about LG's smartphone division — it's certainly inventive. Hot off the release of the swiveling LG Wing, the company has been teasing a new rollable handset with a planned 2021 release. There were some questions last month on whether the device would actually ship this year, and despite a spokesperson denying rumors surrounding the phone's cancellation, there's been no sure sign of when the Rollable might be available for purchase. Now the handheld has just passed certification from the Bluetooth SIG, hinting that the device might be in our grasp before you know it.

As spotted by XDA Developers, the Rollable was officially certified to use Bluetooth 5.2. The listing confirms a few small details about the phone, including the name "LG Rollable" and the model number LM-R910N. 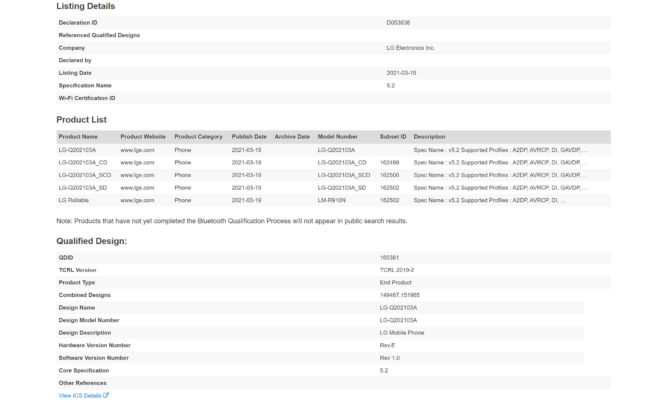 Although we still don't know when LG plans to put the Rollable up for sale, it's good to see some activity from the company's phone division. Last December, LG announced its intention to outsource some of its lower-end smartphone manufacturing to third-party OEMs, and rumors of the company exiting the mobile business altogether have been circulating for a while now. LG doesn't hit a home run on every phone, but its device lineup is certainly weirder than any other handset manufacturer could dream of offering. Losing its brand of oddities would make for a much less interesting marketplace.

13 new and notable Android apps and live wallpapers from the last two weeks including Deplike, ...