GeForce Now is an intriguing option in the streaming game marketplace, appealing to those who've already built up a huge library of PC games. A year after the service exited beta, Nvidia says it's increasing the price for the Priority membership (previously called "Founders") from $5 to $10 a month. A $100 a year option is also available—both choices are exactly twice as expensive as before.

If you're currently subscriber to the Founders tier, you get to keep your old $5 a month (or $25 for six months) price. That price is locked in "for life," according to Nvidia's press release, so if you stay subscribed the price won't ever increase. If you stop your subscription, you'll have to go for the $10 option if you come back.

The free tier, a unique offering for GeForce Now, remains in place. Players who access games remotely are still limited to 1-hour sessions and may not be able to get in when the system is under load. Priority subscribers get priority access (still not totally guaranteed), extended game sessions, and the benefit of Nvidia's RTX PC graphics on supported games. 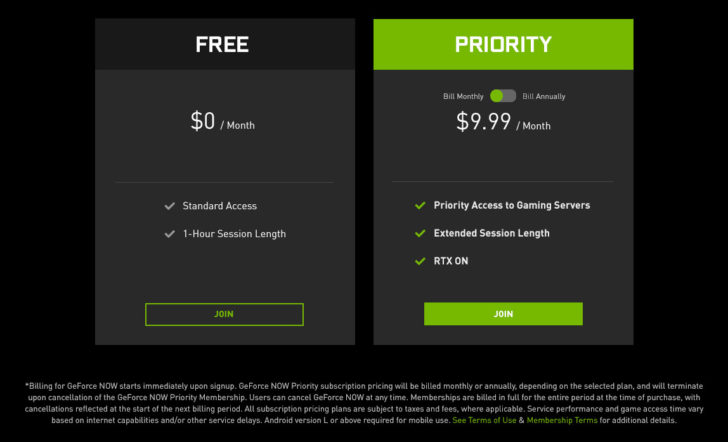 In addition to the new tier structure, Nvidia says it's improving its backend with a new data center based in Phoenix, Arizona, and one coming online in Montreal, Canada after that. GeForce Now worldwide access is expanding to Turkey, followed by Saudi Arabia and Australia.

On the technical side of things, Nvidia is introducing adaptive vertical sync to GeForce Now's capabilities. Remove V-sync will lock the server in to 60Hz refresh rate (or 59.94Hz) when it's being used on supported displays. This capability should be available to everyone within a week or so.

Nvidia announces new games for GeForce Now on Thursdays, as well as existing games supported on new store platforms. This week the Steam versions of Do Not Feed the Monkeys, GoNNER, Monopoly Plus, Snooker 19, System Shock: Enhanced Edition, and Wanba Warriors are going up, as well as the Epic Games Store version of indie hit Loop Hero.

Unlike Stadia and similar services, players do not need to buy individual games via GeForce Now, they merely link their existing store accounts and access the titles they've already bought. Nvidia says that it plans to increase the number of games it adds each week by about 50% this year. 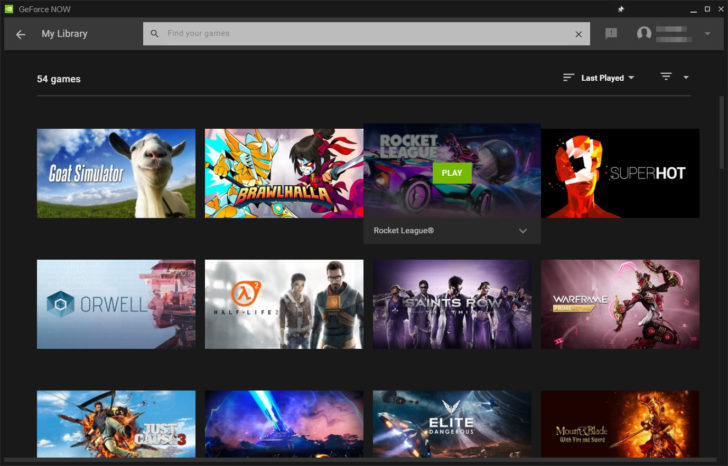 Having used GeForce Now since the start, I'm fairly pleased with how Nvidia is approaching cloud gaming, even with its hiccups with essential developer and publisher relations. The technical side of the service seems to be rock-solid, though it's not quite fast enough for twitchy games like Rocket League. Even so, its appeal is limited to users who already have large game libraries... users who would generally prefer to play on their souped-up gaming PCs.

Boosting the price of the premium tier will have an inevitable effect on subscribers, but keeping the free tier is smart, and expanding into new territories and platforms shows healthy growth. In short: GeForce Now is worth keeping an eye on, in the still-volatile streaming game market.

Android 12 could make multitasking on tablets a lot simpler