When Samsung debuted DeX on the Galaxy S8, it showed us that our smartphones are more powerful than we give them credit for, and are capable of becoming big-ticket productivity tools when connected to a larger display. Motorola has now unveiled its own mobile desktop experience called Ready For, and it sounds promising.

If this sounds familiar to you, then you probably remember the Atrix 4G from 2011, which attempted to bridge the gap between phone and PC rather unsuccessfully. The idea was solid, but sadly the technology available back then wasn't quite ready. Now Moto wants to give it another try, and after hinting at this project last year, it's becoming available for the Edge+. 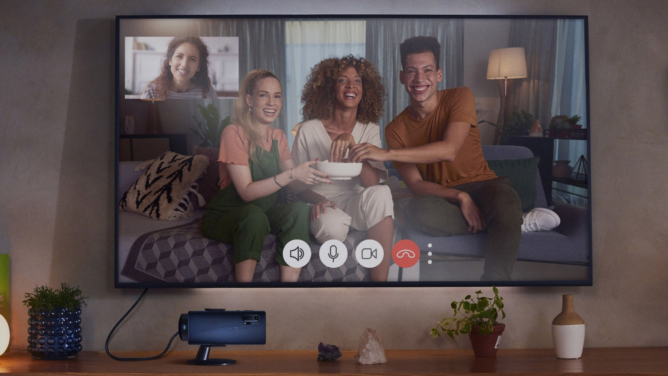 To use Ready For, you'll need a TV or monitor that supports either USB-C input or HDMI, so unless your TV is from the stone age, it should be compatible. Once connected, you can use the phone as a trackpad and keyboard, or connect Bluetooth accessories, instead.

Starting April 19, you'll be able to order the Ready For dock from Amazon, which can hold your phone at any desired angle and has a built-in fan to keep the Edge+ running cool. The dock's primary benefit will be video calling — with the phone connected to your TV, you can sit back and see your loved ones on the big screen while using the phone's rear cameras to make sure whomever you're calling gets a good image. If you're working but want to call someone at the same time, this is also possible — you'll be able to have the call on the phone display as normal while working from the external screen. The pricing for the dock hasn't yet been announced. 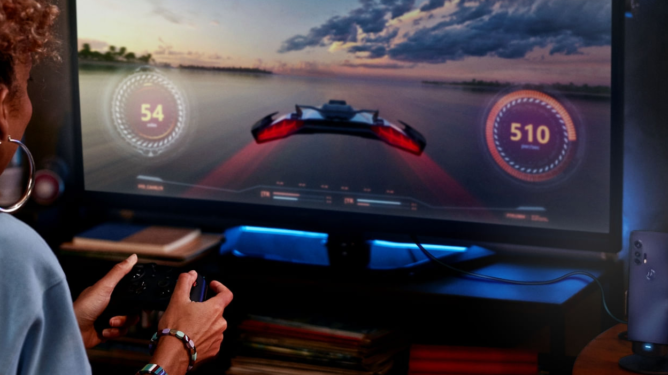 Motorola says a TV launcher is built into the app, turning any screen into a smart TV. I can see this being particularly useful for people who frequently travel for work and regularly need to stay in hotels. Rather than packing a Chromecast and having to run through its Wi-Fi setup in every new location, you can plug your phone right into the TV instead. Games can be played as well, but you'll want to double-check if your favorites have controller support; trying to play something that only accepts touch input on a TV might get awkward.

An OTA that enables these features was released this week for the Verizon Edge+ and also includes Android 11, which has plenty of new features of its own.

Media player in Android 12 DP2 picks up your accent colors